The actress is not the kind of beauty entrepreneur to be hamstrung by industry norms. 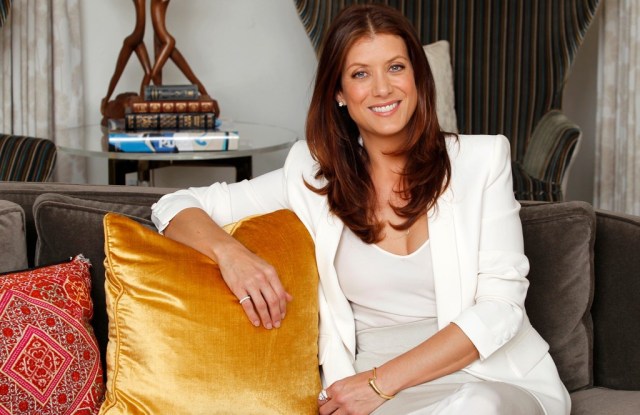 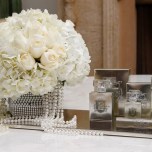 Onscreen as Dr. Addison Montgomery in ABC’s “Grey’s Anatomy” and its spin-off “Private Practice,” and off as the creator of the fragrance brand Boyfriend, Kate Walsh is most certainly not the kind of woman who’s defined by a man.

If she was, Walsh speculated, Boyfriend might be named husband. “But nobody wants to buy a fragrance called Husband. I think the idea of Boyfriend connotes fun, a kind of frivolity and romance. Anything can happen as opposed to with a husband or a fiancé, where things get serious and heavy and possibly end in lawsuits,” she said, adding, “It was really about a nod to these guys. Now, we don’t have to necessarily get married, [but I felt like saying,] ‘Hey fellas, we really like you, and we love romance. We like the simple things like wearing your shirt or your jeans.’ These are the kind of romantic, sensual things that I wanted to give a shout out to.”

Walsh is also not the kind of beauty entrepreneur to be hamstrung by industry norms. She’s out to build a lifestyle brand how she wants, without the bonds of licensing or sponsorship, based around the Boyfriend concept she was amazed hadn’t already been mined. With her second fragrance launch, Billionaire Boyfriend, the actress is developing a track record of successes in a field in which most celebrities are just pretty faces. “We love her as a partner. She’s an example of someone who is completely engaged in the fragrance process,” said Betsy Olum, general manager, beauty and merchandising strategy at HSN.

The Boyfriend brand is on pace to grow around 70 percent this year and crack $5 million in sales. Billionaire Boyfriend, introduced in February, has to date generated $750,000 at retail, according to industry sources. In limited distribution at HSN and Sephora, Boyfriend rivals fragrance behemoths. “This last year, our sales have been consistent in the top 25 fragrances at Sephora,” said Walsh. “We’re neck and neck with big, big brands that have gazillion-dollar advertising budgets, and that’s really exciting.”

Sephora’s vice president of merchandising, Jessica Hanson, declared Walsh’s unique role at Boyfriend has had a lot to do with its performance. “While it is not unusual for a celebrity to enter the fragrance area as this is a growing category with immense exposure, what is unusual is the celebrity as the founder, creator and chief marketer of the brand,” she said. “Kate personally develops and creates the scents and is dedicated to bringing only the best products to her fans.”

Walsh entered the fragrance industry herself so she could have full control from start to finish. The starting point is the inspiration. For the first fragrance, Boyfriend, she intended to capture a boyfriend’s scent that lingers on, even if only in memory. Billionaire Boyfriend puts the focus on a rich boyfriend, the type who can suggest a trip around the world and buy a yacht on a moment’s notice to make it happen. “This is a story of fun, indulgence and decadence. The sky’s the limit,” said Walsh.

Each fragrance has a scent and packaging that conform to Walsh’s vision to communicate the inspiration. She avoids market research that might compel her into concocting a product that smells and looks like existing fragrances. “While neither original Boyfriend nor the new Billionaire Boyfriend fragrance smell ‘like a man,’ they are not the traditional commercial scents and differ greatly from other celebrity fragrances,” said Hanson. “We applaud Kate for her ingenuity in such a competitive market.”

Givaudan perfumer Mary Pierre Julien crafted both Boyfriend fragrances. The original Boyfriend is a woody scent featuring jasmine, vanilla and amber. Billionaire Boyfriend, which is priced at $75 for a 1.7-oz. eau de parfum and $45 for a 0.5-oz. edp, is a floral oriental with notes of bergamot, tangerine, black jasmine, velvet orchid, gardenia, patchouli flower, vetiver, citrus, sandalwood and golden amber.

On a small advertising budget, Walsh has generated buzz for the Boyfriend brand with short “Webimercials.” She made six or so for Boyfriend and another four for Billionaire Boyfriend, including one shot in the Bahamas with a James Bond sensibility involving a jet ski and a tiny silver bikini. “Part of what I wanted to express and communicate through this fragrance, the stories and the ads is a sense of humor,” said Walsh. “The fragrance ads I’ve always seen are superserious with really impossibly gorgeous people that are really upset about how sexy and good-smelling they are.”

Befitting the opulence of a wealthy boyfriend, Walsh paid homage to an old champagne bottle with a crest on Billionaire Boyfriend’s bottle. “I knew I wanted it to look super luxe and gorgeous,” said Walsh. “I literally took a picture of a Dom Perignon label on my iPhone or, at that time, a Blackberry.” To give bottles a vintage-seeming distressed surface, she enlisted Providence Metallizing Co. to achieve an antique finish that is distinctive on every bottle.

Perfecting the antiquing process took longer than anticipated, pushing a planned fall launch for Billionaire Boyfriend to February. Walsh welcomed the change, concluding a launch date timed with Valentine’s Day would separate Billionaire Boyfriend from the fall launch crowds and speak to the brand’s message. In fact, going forward, she expects to launch additional Boyfriend fragrances on Valentine’s Day and has come up with many possibilities that hit on different olfactory categories.

“We want to have a collection of Boyfriends,” said Walsh. She continued, “Someone suggested broke-ass boyfriend, which I love. Women just send in these ideas and stories, and it cracks me up. They’re fun for me. I can’t wait to tell the story. The next one might be a little edgy.”

While she still has a thriving acting career — a fifth season of “Private Practice” is currently airing, and she will appear in the movie “The Perks of Being a Wallflower” premiering in September — Walsh finds her fragrance pursuits particularly rewarding. “It’s definitely really satisfying,” she said. “I’m the sole owner of Boyfriend, and it’s nobody else’s money. So, I get to use it wisely and sometimes kind of indiscriminately. I’m having a great time.”