Retailer's new Aromatic Blends line, due in July, features four scent blends that were sustainably sourced from around the globe. 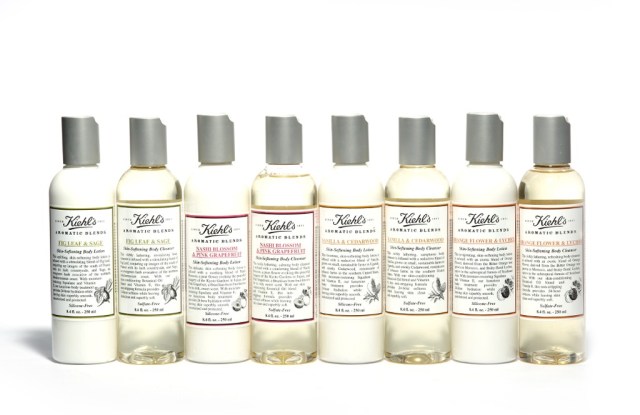 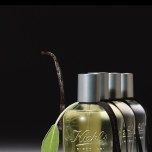 Kiehl’s is giving the fragrance business the smell test with its new Aromatic Blends line, due in July.

“It’s an unexpected category for Kiehl’s, but it actually was inspired by our company heritage,” said Chris Salgardo, president of Kiehl’s USA.

Fragrance was part of the original Kiehl’s pharmacy upon its 1851 opening, when the retailer sold such concoctions as Money Drawing Oil, Attraction Oil and Purity Oil, he noted, and at one point the pharmacy sold 122 hand-blended essences, including the first commercially sold musk. A number of those essences entered the Smithsonian Institute in 1979 as part of the organization’s permanent collection on pharmacies.

With the new line, Kiehl’s offers four scent blends. They are Orange Flower & Lychee; Vanilla & Cedarwood; Nashi Blossom & Pink Grapefruit, and Fig Leaf & Sage. All were sustainably sourced from around the globe, Salgardo said, noting that Cheryl Vitali, general manager for Kiehl’s Worldwide, and the International Development Team created the line in its multiyear development process. “Each collection has a unique sourcing location or sourcing inspiration,” said Salgardo. “We are using a variety of responsible sourcing philosophies to represent each ingredient in its purest, most efficacious form.”

The orange flower, pink grapefruit and sage were extracted with steamed water to capture essential oils directly after harvesting, when they deliver their strongest aromas. Vanilla and cedarwood were both harvested from sustainable farms that provide ongoing local community support. Lychee, nashi blossom and fig leaf were created using aromatic reproduction, a technique that recreates the aromas without destroying the plants. “For instance, the orange ingredient uses Moroccan bitter orange stem, leaf and flower, our vanilla is sourced from sustainable farms in Uganda and our cedarwood is sourced from sustainable forests in Virginia,” said Salgardo.

Kiehl’s worked with three oil houses to create the scents. Orange Flower & Lychee was produced by Givaudan; Vanilla & Cedarwood and Fig Leaf & Sage by Firmenich, and Nashi Blossom & Pink Grapefruit by Mane. “We worked with multiple houses because each had a specialty or major point of difference with the principal ingredient,” noted Salgardo.

Each blend has a corresponding body lotion and body cleanser designed with highly efficacious ingredients designed to provide continuous benefits. The ingredients include squalene and shea butter, both known for their hydration properties, a blend of avocado, olive fruit, sweet almond, apricot kernel and sesame seed oils, as well as sucrose cocoate, a skin cleanser that softens as it cleans.

The products will be available in the brand’s full U.S. distribution, currently about 300 department and specialty store doors and 47 freestanding boutiques. Outside the U.S., they will roll out beginning in August. The collection will be promoted online, via a social media campaign, and with window and table displays, said Salgardo.

While Salgardo declined to comment on projected sales or advertising spending, industry sources estimated that the collection could do upwards of $20 million at retail in its first year on counter.

Salgardo said he anticipates adding additional scents to the collection in the future. “This is just the beginning of the story,” he said.