The glamour wattage may have been dimmer than usual at last Thursday’s Fragrance Foundation FiFi Awards, but the feel-good vibe was as strong as ever. 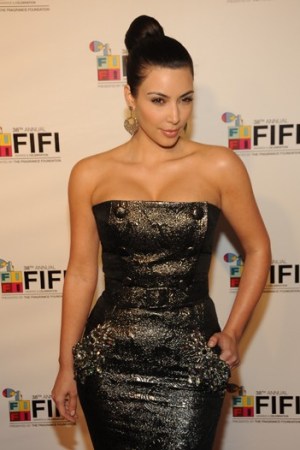 The glamour wattage may have been dimmer than usual at last Thursday’s Fragrance Foundation FiFi Awards, but the feel-good vibe was as strong as ever.

Michael Kors picked up the Fragrance Foundation’s Hall of Fame honors — after just pocketing the CFDA’s Geoffrey Beene Lifetime Achievement award earlier that week. “Well, you know, good things come in pairs,” he observed. “They’re amazing awards, because you’re talking about your peers. To be recognized — when I still feel, quite frankly, like a neophyte — is very exciting. And it’s kind of nice that they all fall in the same week — revolving black suits.”

Comparing the FiFi’s with the CFDA awards, Kors said, “There’s some similarities between them because there’s a very family kind of spirit to it, which I love. It’s not the same [as the Oscars]. Whenever we take an actor to the CFDA awards or the FiFi’s, everyone’s like, ‘My God, everyone actually gets along. How nice.’”

Usher, who was honored as Male Celebrity of the Year, also expressed gratitude. “I’m getting accustomed to [getting awards], but not necessarily outside of music. To be recognized is incredible. When I came out with my first fragrance, I only hoped that people would love it, that it would become part of people’s overall lifestyle. But to be recognized in this way speaks to the future of what this business is for me.”

Some 26 crystal FiFi trophies, produced by Pochet, were handed out during the ceremony at the Downtown Armory, with Usher taking home the Fragrance Celebrity of the Year award. Coty Inc. received four awards, while the Estée Lauder Cos. Inc. accepted two awards, as did Bath & Body Works. A dark horse among the titans was Bond No. 9, which also grabbed two FiFi’s.

On the red carpet, prior to the celebration, Kardashian said she is working on a second scent. But that is not her total focus. Considering the multiple beauty projects with which she is involved, Kardashian said at this point, she prefers skin care — no doubt thanks to PerfectSkin, a treatment line she has developed with her sisters and markets at perfectskinnow.com.

But ever since her father bought Kardashian her first bottle of fragrance, Thierry Mugler’s Angel, she has professed a love for the business. Her first signature scent, produced with Lighthouse Beauty, was launched in February. “I love white florals,” including gardenia, tuberose and jasmine, she said. “I took all my favorite scents, put them in a bottle and it’s my bottle of memories.”

But the floral appreciation was not shared by Colombia-born Vergara. “I love all perfumes that don’t have flowers,” she said. “So usually I buy Hermès.” Londoner Burrows said she went to the FiFi’s because, “I thought this might be fun. I’m fond of fragrance but I’m not working on one myself.” Others hoped to: “I love perfume and I’m constantly mixing together a bunch of different scents to come up with something I really like,” said Sobieski, adding, “I’d love to do a fragrance.”

During a break from his duties as a presenter, Jackson said he is “working on a couple of concepts in the men’s area, grooming and fine fragrance,” but was mum on what companies with which he was developing them, saying only they’re about “freshness, cleanliness and artistic beauty. We’ve got to look beautiful!”

Jackson was sitting with Firmenich, whose past projects picked up a number of awards. As each was announced, a gregarious Jackson pointed to himself and said jokingly, “It was me. I did it.” Charismatic presenter Vergara, also seated with Firmenich, cheered for each of the winners while snacking on truffle popcorn.