"Very Hollywood" Michael Kors fragrance is slated to be launched in September and is the third primary fragrance franchise for Kors. 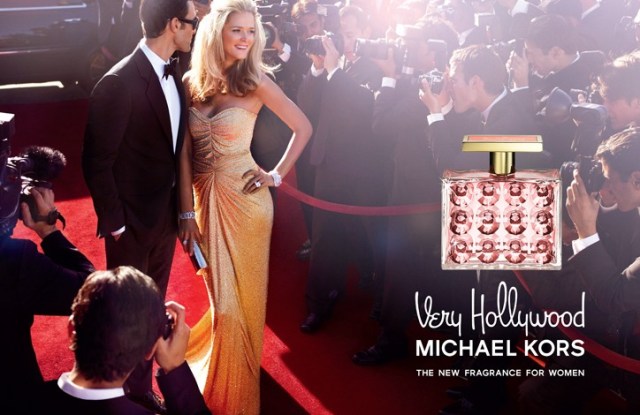 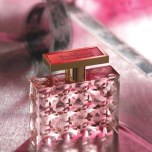 Michael Kors’ success on the small screen with “Project Runway” has fueled an even more lofty goal: a fragrance franchise inspired by Tinseltown’s movie heritage.

This story first appeared in the April 24, 2009 issue of WWD. Subscribe Today.

“Hollywood glamour is the ultimate escape,” said the designer during an interview at his Manhattan showroom Tuesday. “It is an emotional pull, no matter what your age — which gave us the idea for this fragrance. Everyone needs a little escape these days.”

The scent, dubbed Very Hollywood Michael Kors, is slated to be launched in September and is the third primary fragrance franchise for Kors.

The designer likens his first, Michael, to “the little black dress — it has classic, universal appeal,” he said of the fragrance, launched in 2000. (A bridge scent called Kors launched in 2003 and is no longer sold.) His second major franchise, Island — which has included a handful of flankers since the original’s 2005 launch — he compared with “a cool collection of crisp white shirts.”

As for Very Hollywood, “this is the indulgence. This is the gold dress!” But, he hastens to add, it’s not necessarily a nighttime fragrance. “It’s more of a mood,” he said. “This is definitely not the customer’s sporty moment.”

Very Hollywood, concocted by Kors and the Estée Lauder Cos. Inc.’s Evelyn Lauder and Trudi Loren in cooperation with International Flavors & Fragrances, is a sophisticated floral. Top notes are of mandarin and iced bergamot; the heart is of wet jasmine, ylang-ylang, raspberry and gardenia, and the drydown is of Italian orris, creamy amber, soft white moss and vetiver. “This is the most glamorous, indulgent scent we’ve ever done,” said Kors, adding that he thinks the sunny Southern California landscape adds optimism to the mix.

The bottle is glass molded to suggest the flashbulbs of Fifties and Sixties photography. Outer packaging is a rich coral with a shagreen texture and a gold border; the Very Hollywood moniker (in a font inspired by the Beverly Hills Hotel) is also in gold. “I want women to have that boudoir moment,” he said. “The texture of the packaging, the bottle — they’re all very opulent and glam, with an architectural edge.”

Eaux de parfum in three sizes — 1 oz., 1.7 oz. and 3.4 oz. for $45, $65 and $85, respectively — will be offered in the brand’s 2,000 department and specialty store doors in the U.S. For specialty stores only, there will be a 1-oz. perfume that will retail for $300, noted Veronique Gabai-Pinsky, president of the Aramis and Designer Fragrances division of the Estée Lauder Cos., which holds the Kors fragrance license. While executives declined to discuss sales projections, industry sources estimated Very Hollywood could do as much as $35 million to $40 million at retail in its first year on counter.

The collection also includes a lineup of cheeky ancillaries, including a $25 ballpoint pen with Very Hollywood-scented ink (“our stimulus package,” Kors cracked), a $40 oversize cocktail ring containing a solid version of Very Hollywood and a scented lotion dubbed Fabulotion, $45 for 5 oz. Gift sets for Christmas will include one combining the fragrance with (unfragranced, but embellished) false eyelashes, and one that twins the scent and a gold clutch.

“Our idea with these was to provide an extravagance that doesn’t cost a million bucks,” said Kors. “And we’re also trying to create gwp’s [gifts-with-purchase] people would actually buy.”

Print and TV advertising are planned for Very Hollywood, both featuring models Carmen Kass and Noah Mills and with creative direction by Mario Testino. “Carmen has been my muse for quite some time,” said Kors. “She’s such a chameleon — we can shoot her in a guy’s T-shirt or dripping in Fred Leighton jewels, and she looks fantastic in both.” The print campaign is expected to break in October fashion, beauty, lifestyle and entertainment magazines. One version, a multipage concept for entertainment magazines only, is intended to look like a tabloid section, while fashion, beauty and lifestyle books will get more traditional single- and double-page spreads (some scented) featuring the couple. Sampling vehicles include scented ribbons with gold-toned, charm-sized replicas of the fragrance bottle, in addition to the traditional vials on card and scented strips. Upward of 60 million scented impressions are being targeted.

TV plans are still being determined, although the expectation is that the bulk of the ads will run in November and December for holiday sales.

“The launch of Very Hollywood Michael Kors will bring about optimism and allow us to evoke a fun spirit at retail,” said Carol Russo, senior vice president and general manager of sales and marketing for Aramis and Designer Fragrances, North America. “Hollywood itself naturally resonates with most consumers, providing us with a potential fan base for this fragrance. Very Hollywood gives us the opportunity to fully engage with the consumer via in-store events, social and digital media programs, extensive sampling alongside with national print, broadcast and outdoor advertising.”

There will also be “a very substantial” digital platform — still in development — for the fragrance, said Gabai-Pinsky. “We plan to come out strong and be very aggressive,” she said. “In this economy, that’s critical.”