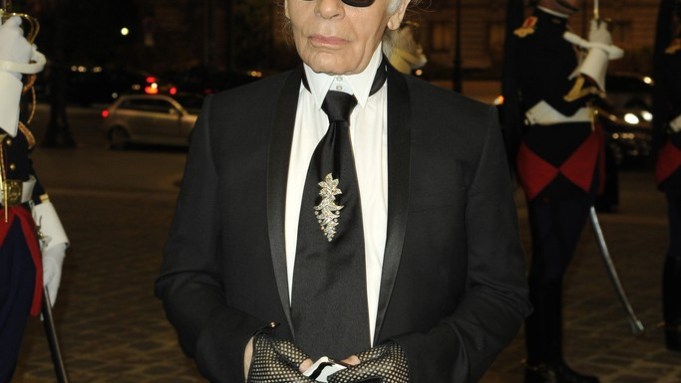 PARIS — Seizing on the flurry of business initiatives around Karl Lagerfeld — and his long-standing passion for perfume — Inter Parfums SA has signed on as the designer’s new fragrance licensee, WWD has learned.

The executive said he would “start from scratch” to build a business to match Lagerfeld’s towering fashion reputation and international renown.

The French firm takes over following the expiration of a perfume pact with Coty B.V., which in 2005 acquired Unilever’s global prestige fragrance business, which included the Calvin Klein, Cerruti, Vera Wang and Chloé names, along with Lagerfeld.

The Lagerfeld contract arms Inter Parfums with another marquee fashion brand, and a future business stream to help offset the end of its collaboration with British fashion giant Burberry next spring.

As reported, Burberry exercised its option to buy out the license rights for its fragrance and beauty products. Burberry’s fragrance business generates approximately 50 percent of Inter Parfums’ net sales.

For Lagerfeld, the deal represents a new lease on life in the fragrance world at a time when his majority owner, Apax Partners, is keen to capitalize on his renown and design prowess.

“Nothing’s more exciting than a new venture, and I am sure that Inter Parfums will go in the best direction,” said Lagerfeld.

Benacin declined to provide sales targets but described the potential as “important” and stressed Inter Parfums would position Lagerfeld in the luxury category alongside other names in its stable, which include Montblanc, Jimmy Choo, Boucheron, Lanvin, Van Cleef & Arpels and Balmain.

Market sources estimate Lagerfeld fragrances generate wholesale volume of about 10 million euros, or $13 million at current exchange, with the business concentrated mainly in Europe. It is understood the partners plan to pump up the volume at least fivefold.

Lagerfeld fragrances currently on the market include Kapsule, a collection of three unisex scents introduced in 2008, and the women’s scent Karleidoscope, introduced by Coty in 2011 and launched exclusively in Sephora Europe doors.

Lagerfeld, the signature men’s scent from 1978, with its ring-topped cap, also remains on the market.

“It was the first fragrance I ever bought myself,” enthused Pier Paolo Righi, chief executive officer at Lagerfeld. He noted that the multitasking designer, who is also the couturier at Chanel and designer of ready-to-wear and furs at Fendi, would be “strongly implicated and a strong player in the whole development of this project. He is very passionate about this.”

And how. Famous for pouring half a bottle of Collosol, a scented bath milk, into his tub and caking his hair with Klorane dry shampoo to keep it sparkling white, Lagerfeld is also an aficionado of fragrances and has been known to spritz himself in the middle of an interview. Recent favorites of Lagerfeld’s include a smoky Comme des Garçons perfume, and Ombre Mercure, a powdery scent by Terry de Gunzburg with a striking silver-topped flacon.

A prolific sketch artist who uses Shu Uemura makeup to color his illustrations, Lagerfeld collaborated with the Japanese brand on a limited-edition makeup collection retailing this holiday season.

In an interview, Righi described fragrance as “an important element to propel the [Lagerfeld] brand and bring it to life with the consumer.”

The new fragrance deal is the latest development in an action-packed year for the Lagerfeld business, headlined by the launch of the masstige Karl fashion brand for women and men, plus a new premium Karl Lagerfeld Paris range, produced and distributed under a licensing pact with Italy’s Ittierre SpA.

Last month, Lagerfeld revealed plans to open a new concept store next February at 194 Boulevard Saint-Germain in Paris. The 2,150-square-foot unit is to blend his various fashion labels with objects such as photography and design books. More units are to follow.

“We want to portray the whole world of Karl,” Righi stressed.

Other important launches in the coming months include a range of watches with American firm Fossil, and an expanded range of bags and accessories for fall 2013.

Righi cited “love at first sight” when he met with Inter Parfums principals, lauding the company’s passion and “entrepreneurial spirit.”