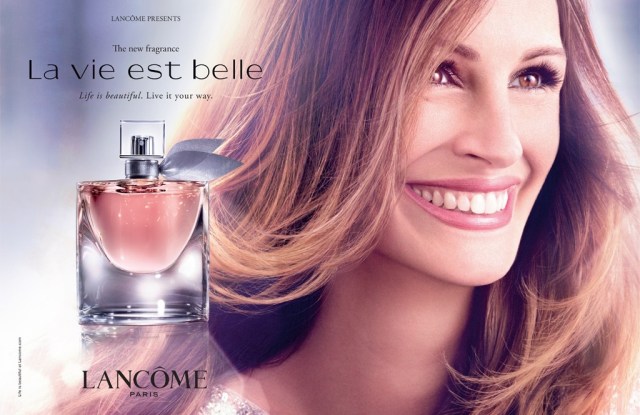 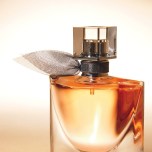 PARIS — Lancôme is poised to juice up its women’s scent category with the launch of La vie est belle, starting in mid-August.

“What’s missing is a big iconic fragrance, like Trésor,” said Youcef Nabi, president of Lancôme International, speaking about the L’Oréal-owned brand’s portfolio and referring to its blockbuster scent introduced in 1990.

As with Trésor, La vie est belle — fronted by actress Julia Roberts — is meant to be “a kind of declaration of the brand, a point of view on the world,” as well as a taste of its future, the executive continued.

Nabi outlined broad fragrance trends over the past few decades, saying the Seventies were about emancipation; the Eighties, a quest for power; the Nineties, gender-bending and minimalism, and the 21st-century’s first decade, materialism’s victory.

Today is about “the subtle triumph of being over possessions and appearances,” said Nabi. “It’s the era of personal fulfillment and self-realization. We feel women pave their own winding pathways of happiness in new directions. And this is clearly something that we can summarize into one expression — we say ‘less but better.’ It’s really the philosophy behind this fragrance.

“If La vie est belle — life is beautiful — it’s because we choose it to be so,” continued Nabi, interweaving the scent’s name in English translation.

“We decided to concentrate on the most noble ingredients,” said Nabi.

“We call it the first tasty iris,” the executive said, of La vie est belle.

For its bottle design, Lancôme executives mined the brand’s archives. In 1949, its then-artistic director Georges Delhomme created a miniature bottle only offered to VIP clients, since it was difficult to produce industrially.

“It was a square, and into the square there was a smile,” said Nabi, referring to an arc curving inside the linear flacon. “It was called ‘the crystal smile’ at this time.”

La vie est belle takes that form and around its neck is an organza ribbon with loose ends.

“We did these two organza wings that for us represent freedom,” said Nabi.

Roberts is seen as a fitting ambassador.

“The only person that could embody this kind of joyful femininity, this woman that could be all women at the same time — in their honesty, truth and diversity —is Julia Roberts,” explained Nabi. “She is sincere, had a life full of commitment and [is] a person that made clear choices. She…wrote a path to happiness that doesn’t look like anyone else’s.”

In the film, Roberts’ character arrives at a party chockablock with beautiful people. She’s increasingly ill at ease until she sees, reflected in a mirror, that no one acts on their own free will; their movements are directed by diamond-studded strands attached to their wrists, like puppets. Roberts notes that she is manipulated, too.

“Her decision is to break these threads and go for the path of her happiness,” said Nabi.

La vie est belle’s launch will start in mid-August in markets worldwide except Asia, where the fragrance is to be introduced in October.

Lancôme executives would not discuss sales projections, but industry sources estimate La vie est belle will generate $90 million in retail sales through the end of 2012.

The fragrance joins the brand’s other women’s scents, which include O de Lancôme, Miracle and Hypnôse alongside Trésor.

Lancôme has been off to a strong start already this year, when it’s been posting double-digit gains, spurred by the sale of products including Visionnaire, which since September 2011 has been the best-selling prestige skin care product in Europe. Other drivers include Rouge in Love lipstick and Lancôme’s nail polish.

The brand will build on its Génifique franchise with the introduction of Génifique Yeux Light-Pearl, which has a drop-shaped, rotating applicator in stainless steel. Billed as a 360-degree treatment to illuminate eyes, it is to be introduced in the U.S. in August and in Asia and Europe the following month. A 20-ml. bottle will sell for $68 in the U.S.