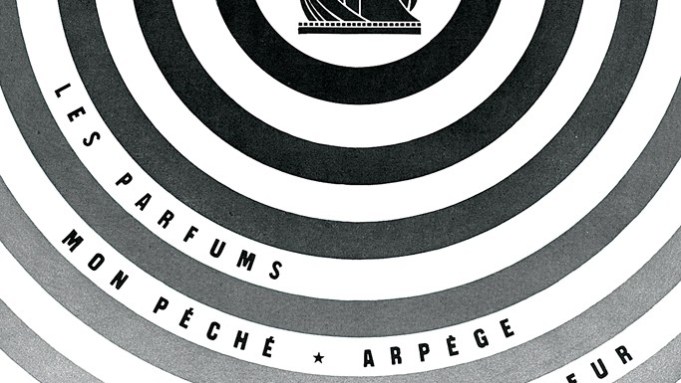 Lanvin was an early player in the fragrance game.

Even before Jeanne Lanvin formally started her namesake perfume label in 1924, she had already created scents for sale in New York and Rio de Janeiro with a Paris-based, Russian woman named Maria Zede. The perfumer, who until recently was mysteriously referred to simply as “Madame Z,” worked with numerous French couturiers.

Lanvin’s first official scent, launched in 1925 and created with Zede and André Fraysse, who became Lanvin’s in-house perfumer, was Mon Péché. It initially was a flop in France. However, the fragrance’s moniker was changed to its English-language equivalent, My Sin, for the U.S.

“It was an enormous success [there],” said Laure Harivel, Lanvin’s archivist, who added that Mon Péché My Sin worked well in its home country afterward.

In 1927, Lanvin introduced Arpège — French for the musical term “arpeggio,” a chord in which the notes are played out separately in sequence, instead of all together. It would remain its best-selling fragrance for decades. It was conceived to celebrate the 30th birthday of the designer’s daughter, Marguerite, a musician who was consulted on the scent’s concept. (Eventually, it would carry the famous tag line, “Promise her anything, but give her Arpège.”)

At the time, Lanvin had two bottle designs from which customers could choose, containing either of the house’s perfumes. One was rectangular and the other — created by Armand-Albert Rateau — round and black.

Soon thereafter, the house introduced perfumes including L’Ame Perdue, Pétales Froissés, Scandal, Rumeur and Prétexte — with Lanvin herself thinking up such names.

In many ways, Lanvin was in the fragrance vanguard, especially as a fashion designer. Eau de Lanvin, introduced in 1933, was among the first unisex scents to be produced. Lanvin’s beauty offer was swiftly broadened in the Thirties with such products as lipstick, powder, sun-care oil and home fragrance.

“We know that very quickly [Jeanne Lanvin] made the link between all the domains that seemed important to create a Lanvin universe,” said Harivel.

The house’s famous logo featuring a mother and daughter, created by Paul Iribe that’s still used by Lanvin today, first appeared on the brand’s fragrances. It is often featured also on its eye-catching advertising that frequently touted the label’s five major scents at once.

Lanvin fragrances — along with its fashion — were quickly exported, and over the years, the round bottle’s design was tweaked, with a new cap form, for instance. The flacon also came out in various formats, such as a gold-colored version given to Lanvin’s best clients and in limited editions done with Sèvres, a ceramic manufacturer.

Since the passing of Jeanne Lanvin in 1946, the Lanvin fragrance label changed hands numerous times. Her daughter owned Jeanne Lanvin SA and Lanvin Parfums SA until she died in 1958, when they went to one of Lanvin’s nephews, Yves Lanvin.

In 1989, Midland Bank bought the Lanvin group. The following year, Orcofi and L’Oréal jointly purchased the enterprise. It was a time when beauty companies were focusing increasingly on fashion, and the French beauty giant progressively upped its stake in Lanvin until it became its sole proprietor in 1996. While owning Lanvin, L’Oréal slightly modified Arpège’s juice and packaging, and also launched some new fragrances, but ultimately decided the business wasn’t core, so it was spun off.

In 2001, a group of investors led by China’s Shaw-Lan Wang purchased the entire Lanvin business from L’Oréal, and three years later, Inter Parfums SA signed a scent license with the company for a fee of 16 million euros, or $20.6 million at current exchange. At the time, the business made a bit less than 20 million euros, or $25.8 million, according to Philippe Benacin, Inter Parfums SA chairman and chief executive officer. He said the brand’s revenues have multiplied by slightly more than three times over the past decade.

Inter Parfums — coincidentally based in the same building as Lanvin Parfums’ first office, at 4 Rond-Point des Champs-Élysées in Paris — became the fragrance activity’s owner in 2007 for 22 million euros, or $28.4 million. By then, Éclat d’Arpège, introduced in late 2002, was already a strong seller and Inter Parfums continued developing the portfolio.

“Éclat is more or less half of the Lanvin business internationally, with a very strong position in Japan, China — in the whole of Asia — and in Russia, where it is positioned in the top five,” continued Benacin.

Inter Parfums discontinued most of the Lanvin fragrances and introduced scents such as Jeanne Lanvin and Mary Me. Arpège remains sold primarily in France.

Lanvin is among the top-selling brands in Inter Parfums’ portfolio, he said, noting, “There are three with 100 million euro [$128.9 million] potential.”