Ralph Lauren Fires Up His Engine With Polo Red

Inspired by the designer’s legendary luxury car collection and the resulting adrenaline rush, the new men’s scent is due in wide release in July.

By Julie Naughton and Pete Born on June 7, 2013
View Slideshow 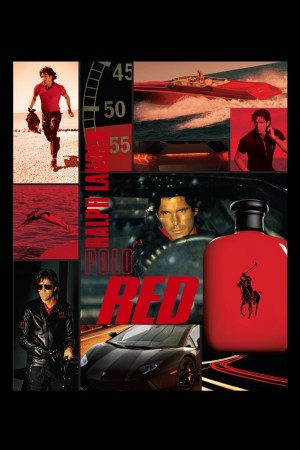 Ralph Lauren is in the driver’s seat with his latest fragrance, Polo Red.

Inspired by the designer’s legendary luxury car collection and the resulting adrenaline rush, this men’s scent — due in wide release in July after previewing in Bloomingdale’s and Ralph Lauren stores this month — is a departure from earlier Lauren fragrances, which harness horsepower of an entirely different kind.

“With the launch of Polo Red, we are in the unique position of being able to capitalize on the loyalty and following of the thriving 35-year-old Polo franchise, while simultaneously attracting an entirely different type of consumer with an exciting product that is unlike any fragrance we have created before,” said Guillaume de Lesquen, president, worldwide, of Ralph Lauren Fragrances. “Polo Red is aimed at a new target audience for the Ralph Lauren Fragrances portfolio of brands, which includes the World of Polo, Romance and Big Pony franchises. We expect this to be a top-10 brand.”

While Alexandre Choueiri, general manager of international designer collections at L’Oréal Luxe, believes the fragrance will have widespread appeal, its sweet spot is likely to be men between the ages of 25 and 35. “We think confident young thrill seekers will love this fragrance, as will many others of all ages,” he said.

That targeting fits well with the designer’s desire to create a distinctive point of difference for each Polo fragrance. David Lauren, executive vice president of advertising, marketing and corporate communication for the Ralph Lauren Corp. (and Ralph’s son), noted how the different incarnations of the 1978 Polo men’s fragrance took “their inspirations really directly from the different attitudes that we showcase in our clothing collections.”

Polo Blue had a sportier sensibility and came after Polo Sport. Polo Black was designed to have a European influence, he said, adding that the last manifestation, Big Pony, “has got a preppier attitude.” The edgier, more energetic, race-inspired Polo Red is the youthful gateway drawing a younger customer into the Polo franchise of fragrances. “It will be a significant brand for us,” Lauren said. “Reaching the youth customer has always been important, and we’ve had amazing success with each of these Polo fragrances. We’re constantly reaching a new audiences with each new launch. As the brand grows and continues to reach different demographics, this is going to be one of the keys to that. You can see now, demographically and attitudinally, the broadness of the Polo brand reflected in these fragrances.”

The scent, concocted by Givaudan’s Olivier Gillotin, has top notes of red grapefruit, Italian cedrat and red cranberry; a heart of red saffron, lavandin and red sage, and a drydown of red cedarwood, amber and coffee berry.

Polo Red’s high-gloss opaque bottle is rendered in candy-apple red, intended to mimic the curves of a luxury car. It is finished by the traditional Lauren Polo logo and a matte black cap.

In the U.S., the scent will be available in about 2,500 department and specialty store doors. The scent is also expected to have significant distribution and revenues globally.

While executives declined comment on projected sales, industry sources estimated that Polo Red could do as much as $100 million at retail globally in its first year on counter. That is said to be equal to the volume done by the designer’s Big Pony lineup. Neither would L’Oréal executives discuss advertising budgets. But industry sources calculate that in order to hit a $100 million retail sales target, the company is probably budgeting $20 million to $30 million on advertising and promotion on a global basis for the first full year the fragrance is on counter.

Advertising and promotion will include TV, print and digital featuring Nacho Figueras and shot by Bruce Weber, who also produced ads for 2012’s Big Pony women’s collection launch. The TV spots mimic a high-energy movie trailer, and the stylized print ads are designed to resemble a blockbuster movie poster. TV ads will break Sept. 4, while print ads break first in GQ in August, followed by a slew of ads in September men’s and lifestyle magazines.

The TV spots will be cut in 30- and 20-second versions, and a 75-second version will live exclusively online. The film’s song, “Cut Me Some Slack,” was recorded by Sound City Players (featuring Dave Grohl and Paul McCartney) and “sets the tone for the Polo Red concept of speed, adrenaline and seduction,” said André Branch, vice president of marketing for Ralph Lauren Fragrances in the U.S. “Digital will play a key role in the Polo Red launch. The development of a high-speed, thrill-seeking digital experience will play in-store and add to our strong animations. The experience will also extend to mobile, online and social platforms.” A video racing game has been developed — one for in-store and a longer version for home use online — to lure young men into the fragrance franchise.

Lauren added, “This is not a pop song; this is rocker. This is an adrenaline-charged song that is very young. It’s trending on college radio already. When you hear the song, it’s edgy.”

An immersive digital experience will play a key role in acquainting consumers with the Polo Red lifestyle and creating an emotional connection to the brand, said de Lesquen. “Many men’s fragrances are marketed around intangible, stand-alone concepts such as the promise of seduction,” he said. “With Polo Red, consumers will be able to actually experience speed and adrenaline through a heart-pumping digital application. The millions of minutes per year that our target consumers will spend playing the game will mean millions of minutes that will have been spent interacting with and fully immersed in our brand, and we expect this to be a powerful driver of sales.”