By Jennifer Weil and Julie Naughton on April 8, 2011
View Slideshow 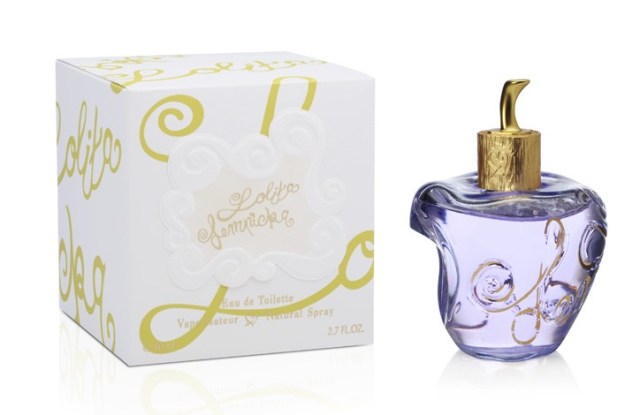 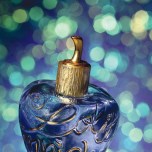 “The first fragrance’s story was about the awakening of desire and, here, it’s about the taste of desire, the taste of sin,” explained Catherine Dauphin, president of Pacific Creation Parfum et Beauté, Lolita Lempicka’s beauty licensee.

To illustrate the idea, L’Eau de Toilette de Lolita Lempicka’s flacon, made with Sylvie de France, was created to seem like a heart-shaped bite was taken out of its side.

“The temptation is already assumed,” said Lempicka the designer.

The same team, including Lempicka and her three daughters, conceived both the edt project and the original Lolita Lempicka edp, whose core consumers are aged from 15 to 18.

The fruity woody floral edt juice was created by Firmenich’s Annick Ménardo. “We accentuated all the floral notes, like the jasmine and iris, and also developed a bit more the citrus note — the lemon zest — and then tempered somewhat the praline side of the fragrance, the more oriental aspect to develop the fresh side,” said Lempicka. She explained the edt has an element that’s “more mature, womanly and less sugary.” Other notes include black cherry, violet wood, frankincense and musk. Both the edp and edt share the note of licorice flower.

“We wanted above all to do something for women who really adore the Lolita universe and who wish to find that in a fragrance of today which isn’t the perfume of their adolescence,” said Dauphin, adding it’s possible the core consumers’ age range for the edt could be broader.

The scent’s streamlined outer packaging features the name of the designer written large.

The fragrance will be sold starting April 19 exclusively in Sephora in France. Its country-wide and international rollout will then take place beginning about two weeks afterward, with Neiman Marcus getting the scent at the end of April, Nordstrom between late April and mid-May and Sephora in May in the U.S. At full rollout in the U.S., the scent will be in about 600 doors, said Kathy St. Clair, general manager of Parfums Lolita Lempicka U.S.

The edt’s campaign was photographed by Christian Moser and is to include 10- and 20-second TV spots plus single- and double-page print ads in France. The brand will not run the campaign in the U.S., but will use the visuals in retailer catalogues and will have a sampling strategy that will include vials on card, dramming (at Nordstrom only) and deluxe miniatures.

The original Lolita Lempicka fragrance remains among the top-10 bestselling women’s scents in France, which is its largest market, followed by Korea and the Middle East, said Dauphin.

She confirmed her group is looking to buy a beauty brand. “It takes time,” Dauphin continued.