Lyn Harris Back in the Fragrance Business

Lyn Harris has cooked up a new brand, Perfumer H, based on an abiding passion for such pleasing smells as fruits, flowers and baking bread. 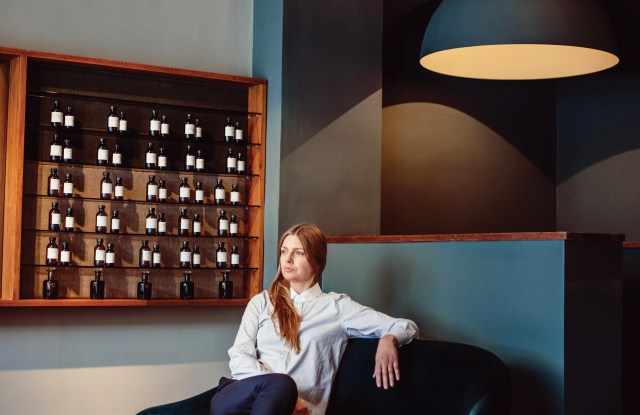 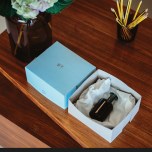 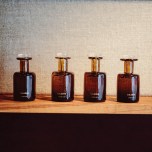 Lyn Harris, whose fragrances stir in her memories of her grandparents’ house and garden in the Scottish Highlands, has cooked up a new brand, Perfumer H, based on an abiding passion for such pleasing smells as fruits, flowers and baking bread.

The London perfumer pioneered the use of naturals at a time when the market was awash in flashy scents and novelty bottles. She founded Miller Harris, the successful niche fragrance house, in 2000 and left at the end of 2012 after selling her stake to NEO Investment Partners.

Now she’s back, with Perfumer H, offering three fragrance collections: a “ready-to-wear” line that follows the fashion seasons; a semibespoke collection offering customers the chance to own the formula, and an entirely bespoke service.

Recently, Harris, a cool bohemian with long brown hair, sat down with WWD to discuss how she’s evolved since selling her company. “I’ve had two years to sit back and ask ‘Who am I?’ It’s an interesting phase of life,” she said. “I’m at ease and not trying to prove anything. Perfumer H represents who I am as a perfumer and I feel totally free. I think I’m ready to come out, whereas maybe before I hid behind Miller Harris.”

Harris is one of Britain’s few master perfumers, having trained at Robertet in Grasse, France. The French firm also manufactures the fragrances Harris creates in her new 460-square-foot shop in London’s hip Marylebone neighborhood.

The perfumer’s vision for her new brand remains fluid, and she has no plans to wholesale it — or even open another store. “With Miller Harris, we were always going to work with the department stores,” Harris said. “With Perfumer H I don’t want to follow a mold. I just want to be the rebel I am, do what I feel is right. I want to be very precious about what I’m doing. I’m following my gut instinct.”

Harris is probably best known for her natural scents, such as Citron Citron (2000) and L’Air de Rien (2006), which she originally created for Jane Birkin. Over the years, she’s also created scents for companies including LVMH Moët Hennessy Louis Vuitton and Marks & Spencer, and for clients including Amanda Harlech and Manolo Blahnik. She worked with jeweler Solange Azagury-Partridge on her two scents: Stoned, a fragrance spiked with diamond dust, and Cosmic, a chypre with stardust.

Harris said Perfumer H derives in part from her work creating bespoke fragrances. “My private clients have helped me to evolve, in terms of service and uniqueness. You are highly tested by them, and there is an endless quest for perfection,” she said, adding that she wanted every fragrance by Perfumer H to be something she would wear herself.

The five seasonal fragrances embrace the basic fragrance families. For fall, there’s Cologne, a citrus scent with Haitian vetiver and a kiss of asparagus; Rose, a floral with rose absolute, carrot seed and sweet musk; Velvet, a wood family chypre with oak moss, patchouli and frankincense; Leather, a fern with cardamom seed, oak moss and lavender, and Heliotrope, a scent with orange flower, vanilla absolute and sweet musk.

The semibespoke Laboratory Editions features a series of rose scents that can be bought by the bottle and made up personally for the client or the formula can be purchased outright. Prices start at 250 pounds, or $390, and rise to 2,000 pounds, or $3,125, for a complete formula. The bespoke service starts at 15,000 pounds, or $23,443.

Harris feels strongly about the evolution of the fragrance business since she began working 20 years ago. “When we first started, niche was about creating something small and beautiful — with no compromise,” she said. “Today it’s exploded, and everybody wants to be part of this arena, build their businesses up fast and sell them. There is a lot of sameness out there. It’s much more a marketing thing, and it really makes me sad.”

On the flip side, Harris said the big brands have become more “niche” in their thinking. “I absolutely think we’ve inspired the bigger brands, and that makes me happy,” said Harris, pointing to fragrances by Chanel, Dior and Giorgio Armani’s Privé collection.

“The big boys are really getting it right, and it’s been inspired by the smaller brands. We gave them a bit of a kick up the bottom.”

Those who have worked with Harris say she has an unusual gift for distilling parts of the natural world into a bottle. “She’s an alchemist. She’s got an encyclopedic mind when it comes to smells,” said Azagury-Partridge. “I love sitting with Lyn in her lab. She picks things off the shelf and she knows what they smell like on their own — and in combination. It’s quite magical.”

Kristina Blahnik, chief executive officer of Manolo Blahnik, recalled her own experience, when she and her uncle tapped Harris to create limited-edition candles for the shoe designer’s pop-up at Liberty in 2011. The resulting scent was Bourgeon de Rose, based around Manolo’s love of roses. “There was a real honesty to Lyn’s process,” Blahnik said. “Lyn is able to build a fragrance around narratives, concepts and individuals. Her fragrances all have a sense of heritage, an Englishness about them.”

Perfumer H’s apothecary-style glass bottles are all hand-blown by Michael Ruh, whose gentle, organic designs partly inspired Harris to start the new brand. The brand’s handmade gray flannel carrier bags were created by graphic designer Frith Kerr. “I couldn’t go to China for a bag, I had to make it myself,” said Harris, adding that personalization is so important to her. “Do it properly and beautifully and really give the customer something special.”