Founder of Villa Moda and luxury industry veteran will launch The Fragrance Kitchen, a selection of unisex perfumes with roots in the Middle East and Europe. 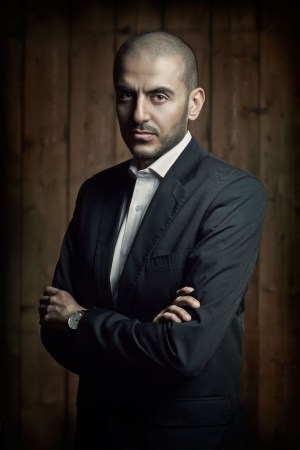 LONDON — Sheikh Majed Al-Sabah is breaking into the fragrance business.

The founder of Villa Moda and a luxury industry veteran, Al-Sabah will launch The Fragrance Kitchen, a selection of unisex perfumes with roots in the Middle East and Europe. He will unveil a store in Kuwait in late April, and plans to launch an e-commerce site later this year.

“I’ve had a passion for fragrances for as long as I can remember,” said Al-Sabah in a telephone interview from Kuwait. “My grandmother taught me how to blend them —in the Middle East the recipes are family secrets, and passed down through the generations.

“I’ve always blended fragrances for family and friends — my home is like Dexter’s Lab,” added Al-Sabah, referring to the American cartoon about a boy with a secret laboratory. “But nothing has ever exploded.”

Al-Sabah’s first retail space will open at Al Hamra Luxury Centre in Kuwait City, Kuwait. It will stock TFK’s three collections, which have been developed with a laboratory in Grasse, France.

The most basic collection is Signature, a line of 36 scents meant for everyday use. The fragrances are numbered one through 36 and known simply as “Wooded Oriental,” “Fruity Floral,” “Aromatic Citrus,” or “Ocean.”

At the top of TFK’s product pyramid is Handmade, a limited edition collection of fragrances blended by Al-Sabah, with bottles created by furniture, product and interior designers. The ceramicist Kiki van Eijk will be the first to create a Handmade bottle. The fragrance will be a blend of bergamot, mandarin, apple, jasmine, rose powder, patchouli and leather and will launch later this year.

Geoffrey Mann, the Scottish artist and product designer, and the furniture designer Joost van Bleiswijk are among those who will be involved with future Handmade projects. They will each create 100 limited edition bottles.

Prices will range from about 75 pounds, or $120, for a 100-ml. spray from the Signature collection to 180 pounds, or $286, for one of the Handmade fragrances. All figures have been calculated at current exchange.

Al-Sabah said he plans to promote TFK through the Web site: A teaser video is already online. Content will eventually be uploaded on a daily basis, and the site will have a lifestyle rather than a fragrance focus. Al-Sabah has also chosen 12 brand ambassadors from various fields to promote the fragrances on the site and via Facebook and Twitter.

A member of the Kuwaiti royal family and a cheerleader for the Gulf region’s business potential, Al-Sabah has a history in fashion and luxury goods retail. He opened his first fashion store in Kuwait City in 1992 and 10 years later christened the 75,000-square-foot Villa Moda emporium. Villa Moda has since expanded to locations including Qatar, Dubai and Bahrain.

In 2009, Al-Sabah stepped down as chairman and creative director of the parent company Villa Moda Lifestyle, after disagreements with its then majority shareholder Dubai International Financial Center. However, he continued to be involved in retail, fashion and design-related projects in the region.