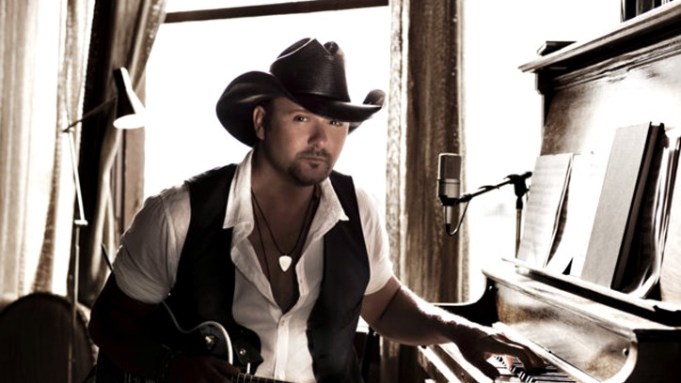 Tim McGraw is celebrating his roots this summer with Southern Blend by Tim McGraw, a new permanent addition to his fragrance franchise with Coty Beauty.

McGraw’s first scent, McGraw by Tim McGraw, launched in August and reportedly racked up sales of more than $40 million in its first year on counter.

“I wasn’t sure what to expect [after the first fragrance launched],” said McGraw in a phone interview from Atlanta, where he is on location for his film, “The Blind Side.” “I’m not a big fragrance guy, but I live in a houseful of women, so I’m not totally ignorant to that world.”

McGraw takes his FiFi’s as modestly as his three Grammys, 11 Academy of Country Music awards, 11 Country Music Association awards, nine American Music Awards and three People’s Choice awards. “You always hope for a great career when you get into this, but it’s always in the back of your mind that you could end up delivering pizzas,” said McGraw with a laugh.

Of both his fragrances, he noted: “I just wanted something understated and cool — something where you didn’t feel like you were putting on some sort of French name, something that had a masculine feel to it. They’re both everyday fragrances, but Southern Blend’s a little lighter. I always picture a field when I think about [the new fragrance].”

“Southern Blend depicts the essence of the Southern man — charming and strong, yet at the same time, sexy and rough around the edges,” said Steve Mormoris, senior vice president of global marketing for Coty Beauty. “We are excited to introduce Southern Blend to consumers and hope they enjoy this new addition to the McGraw franchise.”

The juice, created by McGraw and Richard Herpin of Firmenich, has top notes of grapefruit, star anise and bergamot; a heart of lavender, violet leaves and whiskey accord, and a drydown of vetiver, amber and tobacco.

Three sizes of eau de toilette will be offered: 0.5 oz. for $17, 1 oz. for $23 and 1.7 oz. for $30. The bottle shares its shape with McGraw’s eponymous first fragrance, although Southern Blend has a gold cap (the original scent’s cap is silver). The warm brown outer carton features the fragrance’s name and logo on one side and a shot of McGraw and the fragrance on the other.

Like McGraw’s first scent, Southern Blend is expected to find its sweet spot with men 25 to 55 years old. The scent will be available in about 20,000 mass market doors in August.

Advertising, shot by Michel Comte, features McGraw relaxing on his porch at home. It will begin breaking in September magazines.

While McGraw and Mormoris declined to discuss sales projections and advertising spending, industry sources estimated Southern Blend could do $15 million at retail in its first year on counter.

McGraw’s wife, Faith Hill, will launch her first fragrance a month after Southern Blend comes out, and McGraw almost sounds more excited about hers than his own. “I think hers is fantastic,” he said. “Anything from her has amazing quality. I think hers will be a bestseller.”

McGraw said he’d love to do a fragrance with his wife — whose scent license is also held by Coty Beauty — at some point in the future. “It’s all dependent upon how these do — but hopefully, that is something we will do down the line,” said McGraw. “We have totally different careers and management teams, but it’s always great when we can do something like that together.”

McGraw said daughters Gracie, Audrey and Maggie keep him and Hill humble. “One of our songs will be playing and they’ll be like, ‘We want to listen to Coldplay,’” he said with a laugh. “We just say, ‘Hey, that song is paying for your school!’”

McGraw has a solid schedule for this fall. “The Blind Side” — which also stars Sandra Bullock and Kathy Bates — is scheduled for a Nov. 20 release, and his new album, “Southern Voice,” is also on November’s calendar. A new tour will kick off in January, and McGraw is reading scripts and fielding calls about new movies. “It’s like finding songs,” he said of the script reading. “You have to have a strong feeling for the role, and of course it has to match up with the time available. But acting makes you better at everything else creative you’re doing. It’s another outlet.” McGraw noted that he and his family will move into a new home in the Nashville area this fall, too.

But he’s not complaining about being busy: “It sure beats the alternative!” he said with a chuckle.