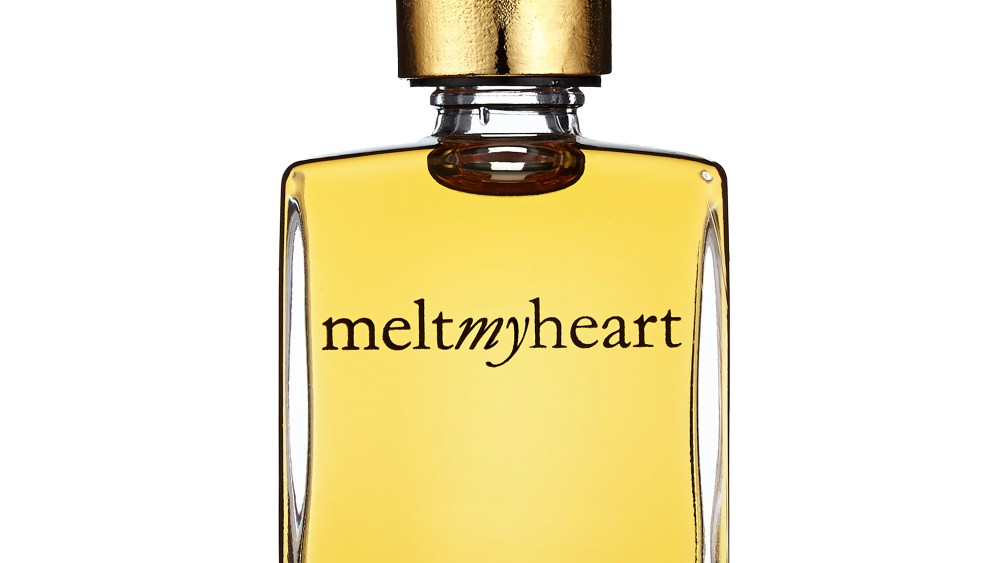 BIG HEART: Indie perfumers Helena Christensen and Elizabeth Gaynes are set to launch their second oud-based scent, Melt My Heart, which is meant to stoke romance.

Like their first fragrance, Dead of Night, the new perfume oil is aimed at both men and women. It will launch exclusively at Harrods on Sunday, with a two-week exclusive in the Perfumery Hall on the ground floor. It will also be sold exclusively upstairs at Harrods’ Salon de Parfums and on harrods.com.

The scent was made by Christophe Laudamiel, under the creative direction of Christensen. It features an unusual combination of oud, real dark chocolate and orris butter, with ginger and bergamot on top, nutmeg in the middle, and sage absolute as a base note.

Laudamiel described it as a “very mysterious potion.”

Christensen, creative director of strangelove nyc, which creates the fragrances, said: “You first fall in love with the scent itself, it is so tender and poetic, so full of yearning romance. It makes your heart flutter,” she said, adding that it’s about “surrendering to love and experiencing it fully.”

Gaynes, the company’s founder and chief executive officer, noted that orris butter comes from the root of an iris. According to legend, the powder from that root, when sprinkled on the body or dissolved in bathwater, has the power to attract lovers and hold them in a thrall.

She said she gave Laudamiel freedom with the formula — there was no budget — and he reacted “like a kid in a candy store.” She also confirmed to WWD that her team has started work on a third fragrance.

The first edition of Melt My Heart will be available in a bottle; as a roll-on, and as a pendant. The eau de parfum will launch in early 2016, most likely timed around Valentine’s Day.

Gaynes and Christensen launched the oud-based Dead of Night oil a year ago, and the EDP in June. Laudamiel was the nose.

Prior to creating the fragrance company, Gaynes was a founder partner in GaiaOne, a company that developed a sustainable patchouli plantation in Borneo. She ultimately signed a long term exclusive supply deal with Swiss fragrance manufacturer Givaudan.