The brand is tossing a new bouquet into the market — a fruity, floral eau de toilette for young women. 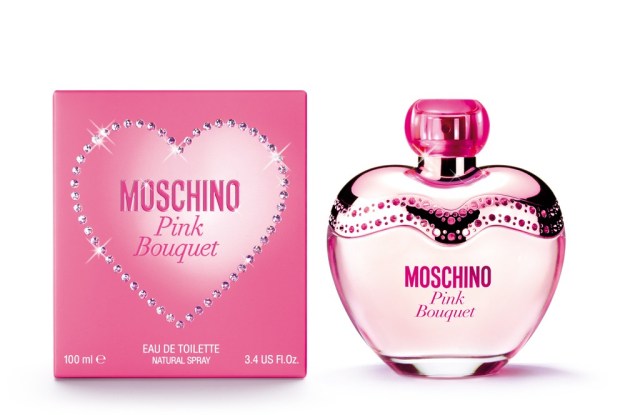 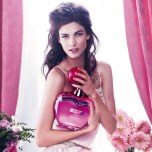 MILAN — As the summer sun returns, Moschino is tossing a new bouquet into the market — Pink Bouquet, that is, a fruity, floral eau de toilette for young women with a taste for candy-colored accessories.

“One characteristic of our fragrances is the reference to a woman with a strong personality, sparkling and decisive,” said Rossella Jardini, Moschino creative director, adding: “I believe the freshness of this fragrance and its elegance are classic elements of the Moschino world.”

Euroitalia, Moschino’s licensee since 1985, developed the scent and packaging. There are 10 Moschino fragrances on the market, but Euroitalia president Giovanni Sgariboldi singled out Pink Bouquet as the “perfume that blends perfectly with the brand’s DNA today.

“It’s for all women who think, love and live ‘in pink,’” Sgariboldi said, adding the fragrance would “certainly” be successful in Italy, but would also have strong appeal throughout Asian markets such as China, Hong Kong and Singapore. Distribution kicks off in June across Europe and in 2013 the fragrance will reach the U.S., Asia and South America, where Sgariboldi said Euroitalia is interested in developing business with countries including Brazil, Argentina and Venezuela.

“We’re thinking of following a traditional distribution plan that is identical for countries in the same geographic area,” Sgariboldi said. Worldwide, the fragrance will be available in about 10,000 doors.

Although Euroitalia declined to provide an estimate, industry sources guessed Pink Bouquet could bring in $15 million to $20 million wholesale in the first year.

Moschino has a thing for hearts, and Pink Bouquet is the third heart-shaped bottle the fashion brand has released, this time in unapologetically loud, nearly fluorescent pink, with a shiny ring over the top and a rounded cap.

“Recognizable graphics and iconic shapes are a distinctive element of our packaging,” said Jardini. “The heart-shaped bottle, the metallic band, the various shades of pink and the box covered in rhinestones all represent the new fragrance’s concept of femininity and freshness.”

Olivier Pescheux from fragrance house Givaudan was the nose. The perfume’s composition is bright and fruity, with top notes of bergamot essence, pineapple sorbet and raspberry pulp. The heart includes jasmine, pink lily of the valley, peony petals and violet, while the drydown uses gingerbread, peach and cosmone moss to cap off the scent with a smooth texture.

“The campaign will be concentrated in June and July for European markets,” said Sgariboldi. “And will continue in other countries worldwide as [the fragrance] is launched in different markets. We invested in all communication channels…print, TV and Web.”

Jardini said Spears is the personification of Pink Bouquet: “bubbly but sweet and romantic at the same time.”