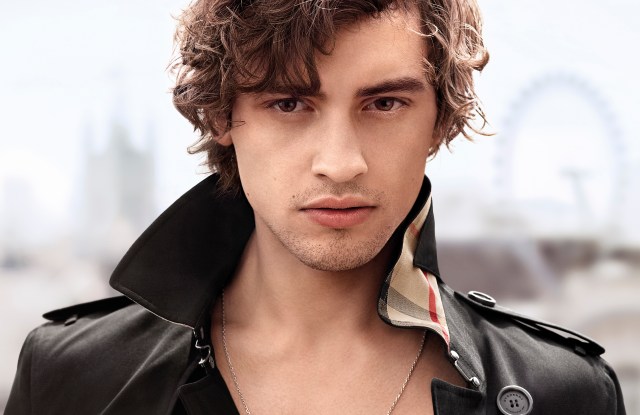 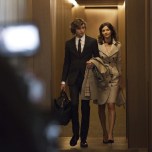 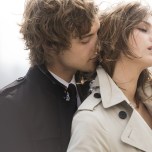 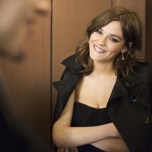 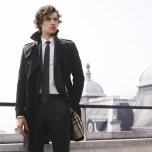 LONDON — Burberry has launched its latest men’s fragrance, Mr. Burberry, inspired by the label’s heritage trench. To coincide with the launch, the brand has released a capsule collection and a grooming line that will be promoted on Snapchat.

As first reported in October, the scent was designed by chief creative and chief executive officer Christopher Bailey with the perfumer Francis Kurkdjian.

The fragrance is herbal and woody while the bottle — which can be personalized — has horn buttons that recall those on the trench. It’s adorned with a black gabardine hand-tied knot.

In an interview, Kurkdjian described the juice as subtle, sexy and different from what already exists in Burberry’s portfolio. In addition to notes of grapefruit, birch leaf, vetiver, amber, cardamom and tarragon, there is also anise.

“It’s fresh, aromatic and a bit sweet without being sugary-sweet — like how fennel can be sweet sometimes,” he said.

“That sweetness allows me to bring a kind of sensual quality, a kind of happiness, without being fruity or sugary. It’s different from what I’ve done,” he continued. “They did not have a men’s fragrance as subtle as Mr. Burberry. It’s easy to wear, and very sexy. “

The grooming line, which also launches today, will be listed under Snapchat’s Discover channel, an area devoted to recommended users.

It is billed as the first for a luxury brand. There will be content pertaining to the fragrance along with behind-the-scenes footage and grooming and tailoring tips.

The channel will be active for 24 hours, after which time users can scan the Burberry “snapcode” on Mr. Burberry products at stores and retailers to access the channel.

The ad campaign was photographed by Steve McQueen in a London studio with music created by Benjamin Clementine. The ads feature the British actor and musician Josh Whitehouse and British model and actress Amber Anderson.

In an interview, McQueen said he wanted the mood to be sexy.

“For me the inspiration, more than anything else, had to do with a dirty weekend. To take one out of the everyday and lock two people in a room and to just be with each other. There was a time, of course, when that was all that one wanted to do — just to be with that person. I wanted to evoke that and all its facets,” he said.

Bailey called Mr. Burberry “our most significant men’s fragrance to date,” and said it was inspired both by the trench and by London, “a city of great contrasts and contradictions” and called the juice “elegant without being pristine.”

This is the latest move as a part of its strategy to create its beauty business in-house as it took back its fragrance and cosmetics license last year from Inter Parfums.