Laura Slatkin told WWD she is looking to open a stand-alone New York City flagship and will launch a “completely new” beauty category in September 2015. 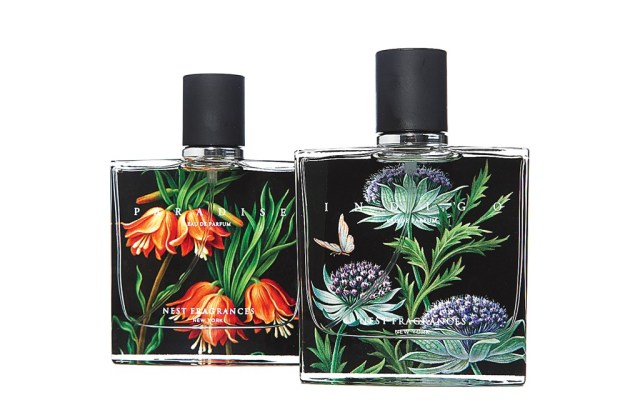 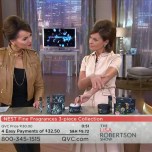 For Laura Slatkin, founder and chief executive officer of Nest Fragrances, her home candle business has blossomed into a fine-fragrance player — and perhaps beyond.

With sales increasing by double digits in almost every door where the brand is sold, Slatkin told WWD she is looking to open a stand-alone New York City flagship and will launch a “completely new” beauty category in September 2015. She is also introducing two new scents by storied perfumers Christophe Laudamiel and Jerome Epinette to 182 Sephora doors in the U.S. and Canada, expanding the brand’s exclusive fragrance range with the beauty retailer.

“There’s something going on with the brand right now,” said Slatkin, who began her business as primarily a candle company in 2005. “The price point is very approachable and people are really appreciating the brand in a very significant way. The journey we traveled to create the fine fragrances, from artwork to development of fragrance, was steeped in creativity. ”

According to industry sources, overall company sales in 2013 were up 70 percent from the year before, while the brand’s Internet business experienced a swell of 290 percent between 2012 and 2013.

While the brand would not comment on financials, industry sources say Nest Fragrances logged revenues in 2013 of approximately $65 million and the firm is on track to achieve approximately $75 million in 2014. This figure accounts for overall company annual sales, including private label, licenses, and Nest-branded products in the U.S. and abroad.

Sephora’s two newest Nest fragrances are Indigo — a blend of Moroccan tea, Kashmir wood, black cardamom, bergamot and wild fig — and Paradise, which features Mediterranean blood orange, white ginger, cedarwood and watery notes. Each, housed in bottles inspired by the work of 18th-century British artist Mary Delany, retails for $65 and will be sold with an accompanying $25 roller ball.

“Nest fine fragrances has resonated strongly with our clients and cast alike,” said Margarita Arriagada, chief merchant for Sephora, where Nest scent sales have shot up 143 percent over plan since October 2013.“The fragrance varieties, beautiful packaging and stories behind each juice are unique to our fragrance offering. Laura has cultivated a brand experience that is winning amongst the prestige category.”

According to Slatkin, the addition of Sephora distribution has boosted both sales and brand awareness.

“It’s really fun when you go into Sephora, visually it’s so impactful,” she said. “We will continue to expand the repertoire of fragrances.”

According to industry sources, Nest’s growth has been similar across the brand’s department store channels, with sales increases 67 percent up over 2012 in Saks Fifth Avenue, and 43 percent in Bloomingdale’s and 38 percent in 2013 over 2012 in Neiman Marcus, where it is the number-one fragrance brand.

“Nest Fragrances is resonating incredibly well. Our clients are gravitating to Nest not only for self-purchases, but also for gifts,” said Jim Gold, president and chief merchandising officer of Neiman Marcus Group Ltd. LLC. “Nest has a very bright future at Neiman Marcus.”

“The business has doubled in the last year and we plan on doubling it again,” said Marigay McKee, president of Saks Fifth Avenue, who added that customers love the Nest candles for everything from the scents to the wicks to the wells. She praised Slatkin’s ability to conceive a lifestyle brand and saluted her business development. “It is a good evolution to go from candles to a fragrance lifestyle,” she observed.

“The Nest collection represents an authentic approach to contemporary fine fragrances,” said Claudia Lucas, QVC’s director of beauty merchandising. “The QVC customer has so far responded well because of the rich storytelling aspect of the brand and its unique creative packaging. Laura is able to articulate the inspiration for the product and brand in a way that allows our customer to have a clear perception of how the fragrances smell, but more importantly, how they will make her feel.”

When it comes to the company’s overall vision, Slatkin has remained clear since entering fine fragrance. “The goal is to transform the company from home fragrance into a luxury lifestyle beauty brand,” she said, echoing a similar sentiment she shared with WWD in 2012.