The playfully named Eau Absolue, the new zesty woody fragrance from the Amsterdam-based, French-born niche house, makes its way to stores this month. 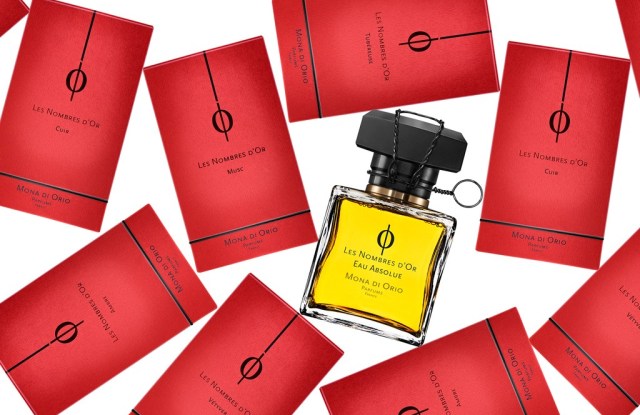 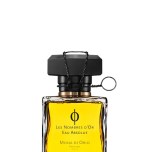 BERLIN — Spring is breaking with a summer breeze from Mona di Orio. The playfully named Eau Absolue, the new zesty woody fragrance from the Amsterdam-based, French-born niche house, makes its way to stores this month.

Eau Absolue begins with citrus top notes of bergamot, mandarin, clementine and petitgrain, which are joined by vetiver, pink peppercorn and St. Thomas Bay Leaf, and finished with a balsamic dry down of cedar wood, musk and cistus labdanum. The 100-ml. eau de parfum is priced at 160 euros, or $205 at current exchange.

The fragrance’s Mediterranean cologne update is a fresh expansion for the brand’s Les Nombres d’Or series, which includes intense and complex fragrances named for and inspired by specific ingredients, such as leather (Cuir, 2010), vanilla (2011’s Vanille) and rose (Rose Etoile de Hollande, 2012). The house continues to push forward after the loss of its namesake perfumer. Mona di Orio died in December 2011 at the age of 42, due to complications from surgery.

The brand’s cofounder, fashion and interior designer Jeroen Oude Sogtoen, is determined to continue the pair’s shared scented vision. “I always said Mona was the mother and I was the father,” he said, remembering back to the day when he called up Edmond Roudnitska’s Art et Parfum in Grasse looking for someone to develop a scent for a hotel amenity line he had developed, Zenology. The two clicked creatively, and he quickly realized the then-32-year-old was capable of something bigger than shampoo. Together, they founded the brand, with di Orio as name, face and nose, and her 16-year classical perfumery training led in new and provocative directions.

Their first releases, 2006’s Lux, Carnation and Nuit Noire, were decreed by some as the source of olfactive shocks but also garnered the upstart brand a small cult following. Four more skillful but polarizing releases followed. Still, Sogtoen and di Orio made the painful choice to move toward the refined but crowd-pleasing Les Nombres d’Or series, which started in 2010 and broadened their appeal and audience. The scents use 60 percent natural ingredients and reflect di Orio’s strong signature style and Sogtoen’s drive for artisanal quality. “A fundamental thing for our company is credibility,” explained Sogtoen. “What we say is true. I don’t say you have to like it,” he said of the brand’s scents.

Up ahead is a truly personal fragrance for Jeroen Oude Sogtoen — Violette Fumée, designed by Mona di Orio expressly for her partner in scent. The fragrance, which took two years to develop, is based around some of Sogtoen’s favorite elements — pipe tobacco and violet — kick-started with lavender and bergamot, and sparked by the elegant rock ’n’ roll decadence of Roxy Music’s Bryan Ferry. Sogtoen will share it with the rest of the world this fall. Violette Fumée will belong to the line’s Les Nombres d’Or Exclusive releases, which currently include 2011’s Oud, priced at 375 euros ($481 at current exchange) for 100-ml. edp intense.

Additionally, di Orio’s discontinued fragrances Lux, Carnation and Nuit Noire, will be brought back to the market in 2014, with others possibly following.

Sogtoen’s luxury amenity line Zenology, featured in hotels including Club Med, Bloc Hotels, Hyatt Düsseldorf and The Vine Hotel in Madeira, has expanded to retail at chosen boutiques, including Berlin’s Belle Rebelle, Lisbon’s Skinlife and Amsterdam’s Store 1&2. Two of di Orio’s scents, Sycamore Fig and Mandarin Green Tea can be found in the natural hair and body products, which are free from ingredients some prefer to avoid, including parabens and mineral oils.

Although di Orio left behind a number of planned scents, Sogtoen said he will at some unknown point in the future seek out a new nose for the house — he already has one or more possibilities in mind. They will, he insisted, build on what di Orio left behind, and foster momentum. “For me, the worst thing I could do for Mona’s legacy is to let it become a memory brand,” he said. “Of course it is, but Mona was young, it’s a young company. I also want it to be alive, I want it to keep on going.”