The company is launching a new unisex fragrance series. 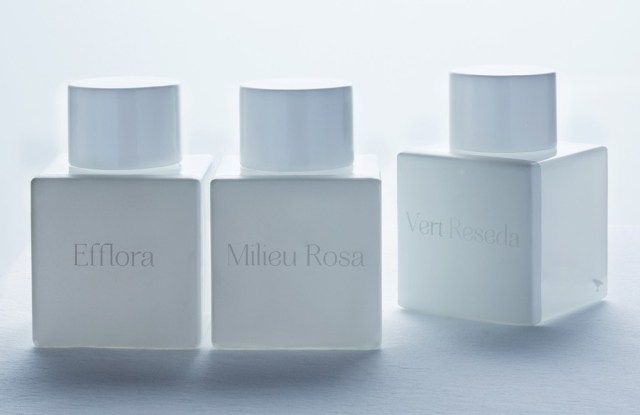 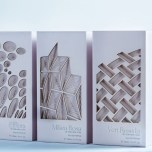 Indie fragrances are a shining beacon of hope in an overcast industry.

Frederic Jacques, vice president of fine fragrance at Takasago, believes niche fragrance exists because the brands that were owning their positioning and making consumers feel special are not doing their job. But can a small artisanal brand make that big of an impact? Odin New York sure thinks so.

The men’s specialty clothing boutique Odin New York ramped up its presence in 2009, when it debuted fragrance. After the success of its Black Line, an assortment of 10 scents, the company is launching a new unisex series called The White Line.

“This collection is a bit lighter and more approachable,” noted Eddy Chai, cofounder of Odin New York, adding that the scents will be included in the men’s and women’s fragrance department at Barneys.

The deconstructed floral compositions, which were developed by Drom Fragrance’s Jean Claude Delville, were created to explore a more feminine side of the brand. “The White Line gave us a clean creative slate and the opportunity to experiment with fragrance notes that are sheer, ethereal and floral,” said Chai. “Our olfactory philosophy is that fragrance should not be defined by gender.”

Efflora blends top notes of tangerine, neroli blossom and Turkish rose oil and a heart of geranium, lavender, grapefruit flower and sambac absolute, all set atop a base of oakwood absolute, vetiver, patchouli, white moss and sandalwood.

The second scent, Milieu Rosa, opens with Moroccan rose absolute, raspberry, cassis and mimosa and has a heart of rose de mai, geranium, jasmine and litsea cubeba oil, with a dry down of Turkish rose otto, amber woods, oak leaves and vetiver.

Vert Reseda, the last scent, fuses mountain galbanum and reseda flower leaves with midnotes of wild peony and watery gardenia and a base of white incense and true sandalwood.

Packaged in white square bottles, the eau de parfum sprays are offered in 100-ml. sizes for $210 each. The secondary casing was created by paper engineer Matthew Shlian and displays his unique method of creating laser-cut, 3-D textured artworks.

The White Line will launch in November at Odin New York, Pas de Deux, Net-a-Porter, Barneys, Colette and Liberty of London. To market the collection, the company is planning a pop-up art installation to highlight the packaging by Shlian.

“When we launched Odin Fragrances, it was unexpected in the market because people naturally thought our first extension would be apparel,” said Chai. “We wanted to take the brand out of the four walls of our New York stores and open it up to a larger audience.”

While Chai wouldn’t talk financials, industry sources estimate The White Line could generate $1 million in its first year at retail.