Niche beauty brands are aiming to prove that green can be glamorous by introducing organic fragrances composed to compete with traditional prestige scents. 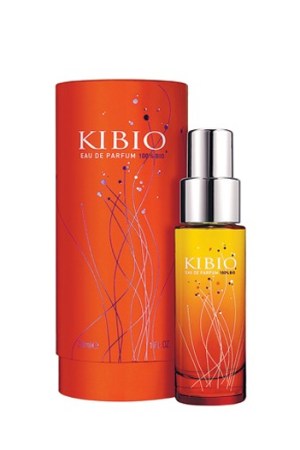 PARIS — Niche beauty brands are aiming to prove that green can be glamorous by introducing organic fragrances composed to compete with traditional prestige scents.

This story first appeared in the November 21, 2008 issue of WWD. Subscribe Today.

“Our objective was to create a ‘real’ perfume,” said Kibio’s marketing director Julie Wainberg, of the brand’s first fragrance. “Being 100 percent organic is the icing on the cake.”

After skin care and makeup, fine fragrance is among new niche frontiers opening up for the increasingly segmented organic beauty category. While organic fine fragrance sales are as yet too small to track, the category has the potential to gain traction in the future, according to Amarjit Sahota, director of London-based tracking firm Organic Monitor.

A Paris-based luxury brand, Honoré des Prés will make its debut later this month in the Scent Room located in Printemps department store chain’s flagship Boulevard Haussmann store. It will also be sold through about 10 independent doors in France and will be rolled out elsewhere in Europe next year.

To underscore its aim to position his organic offering at the higher end of the fragrance counter, the brand’s founder, Christian David, tapped perfumer Olivia Giacobetti to blend four of the brand’s five scents, which are certified by the classification body Ecocert.

While the eaux are unisex, some, like Sexy Angelic and Bonté’s Bloom, have a more feminine bent, according to the firm. Chaman’s Party includes notes of Haitian vetiver root and Egyptian holy basil; Bonté’s Bloom has sunflower and sage leaf accords; Nu Green incorporates hints of mint and tarragon; Sexy Angelic has angelica seed and calisson candy notes, while Honoré’s Trip’s blend includes lemon, lime and orange.

The edts, which are presented in heavy glass bottles and encased in cardboard outer cartons that open outwards thanks to concertinalike folds, will range in price from 128 euros, or $160.48 at current exchange, to 148 euros, or $185.56, per 100-ml. spray bottle. An initial run of 4,000 flacons will be produced at launch, according to industry sources.

Part owned by Groupe Clarins, treatment brand Kibio will introduce its first fragrance in France this month. In line with the brand’s clean-living approach to beauty, it claims its juice is 100 percent “bio,” or organic. It is certified by Ecocert.

“Our desire was very clear and very simple,” said Wainberg. “We wanted an original juice, a ‘great perfume.’ It’s not a problem if everyone doesn’t like it.”

Key notes used to create the eaux are listed on the fragrance’s cylindrical outer carton. A 30-ml. spray bottle of the eau de parfum will retail in France at 39 euros, or $48.88. Ten thousand bottles of the fragrance, which will bow elsewhere in Europe in September 2009, will be produced initially.

“[The Body Dews] were bestsellers but they weren’t certified organic,” said Quentin Higham, general manager of Jo Wood Organics. “Over the last two years the fragrances have been tweaked to meet Ecocert requirements in order to be true to the brand and to offer the level of sophisticated luxury people have come to expect from Jo Wood Organics.”

The fragrances were blended for a largely female audience, though Higham noted men wear them, too. They are 95 percent organic, and retail in the U.K. at 36 pounds, or $53.74, per 50-ml. spray. Industry sources estimate the scents could generate first-year retail sales in the region of 250,000 pounds, or $373,123.