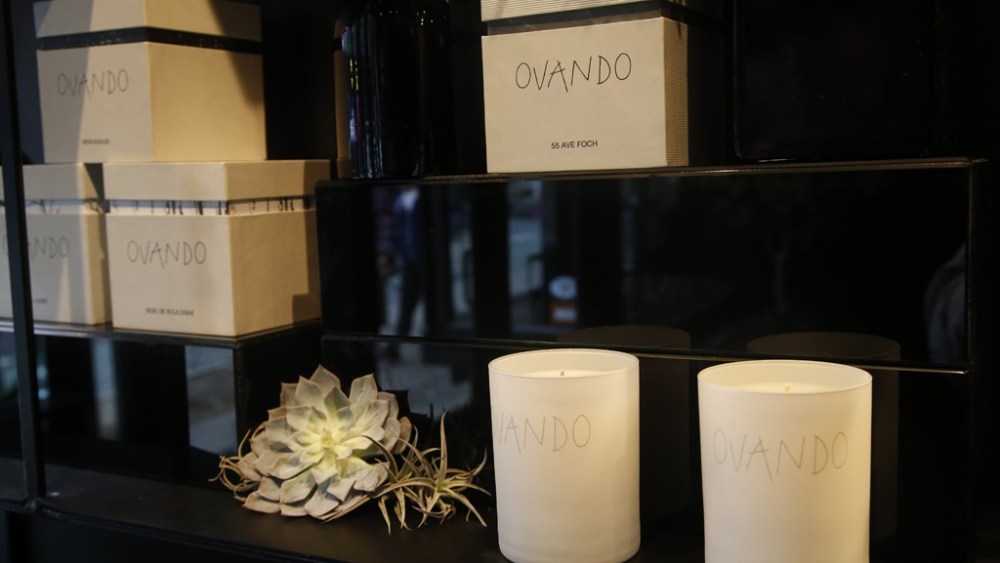 Sameness and manufacturers’ lack of passion are a couple of the many reasons for the dragging fragrance industry. Hopefully, indie brands such as Ovando can change that.

The florist shop, event and production company, which opened in 2003, has its sights set on launching a fragrance at the end of next year.

“Anything we can scent, we will scent,” said Sandra de Ovando, founder and creative director of Ovando, who added that her namesake brand is quickly becoming a full-fledged beauty collection and that she’s considering body products, too.

But before she dives into perfume, she’s focusing on her second candle collection, Souvenir de Paris, priced at $60 each. The assortment, which launched exclusively at Barneys New York on Sept. 10, includes four scents inspired by the memories she created while living in the City of Light. Launched in 2013, Ovando’s first collection of candles, Recuerdos de Mexico, will be sold at Space NK starting on Oct. 15.

“Of course, we are very interested in sales and growth,” admitted Ovando, “but it’s very important that we are sold in partners that are high-level.”

Souvenir de Paris includes 55 Ave Foch, which is inspired by her grandmother’s apartment and the lavish parties she threw; it fuses notes of rhubarb, leather accord and panna cotta. Bois de Boulogne, named after the central park in Paris where Ovando would take walks with her family, combines coconut, violet, sandalwood and oakmoss. L’Hiver, an homage to the change of seasons, blends cinnamon, rosemary and tobacco, and Vernissage, a dedication to the art galleries Ovando used to frequent, is composed of juniper berries, raspberry and benzoin.

The packaging is a gloomy white, and each box includes a singular detail. For instance, 55 Ave Foch includes marble to represent the floors in her grandmother’s home.

“We’re all about details,” said Ovando, who noted that the interior of each box says, “Merci beaucoup.”

In the spring, the company will launch three more candles that are part of the Souvenir de Paris collection, along with a collaboration of two scents with Parisian interior design duo Gilles & Boissier.

Meanwhile, for next fall, Ovando is working on a collection inspired by New York. She added, “I want to do [candle collections inspired by] my seven favorite places in the world.”

Industry sources estimated that Souvenir de Paris could generate $100,000 in its first year.