The spotlight may shine on luxury fragrances by Dolce & Gabbana and Gucci, but P&G Prestige Products also is gaining ground in its other scent categories...

By Stephanie Epiro and Brid Costello on December 14, 2007
View Slideshow 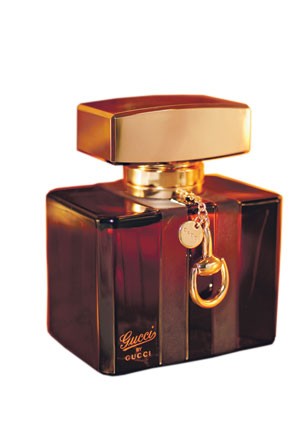 The spotlight may shine on luxury fragrances by Dolce & Gabbana and Gucci, but P&G Prestige Products also is gaining ground in its other scent categories with youth-orientated brands such as Christina Aguilera and Italian jeans label Replay.

Dubbed by the firm as the “lifestyle and premium jewels division,” it is made up of 13 brands and includes Puma, the division’s top-selling line; Rochas; Naomi Campbell; Laura Biagiotti, and Anna Sui, as well as its newest license acquisitions, Christina Aguilera and Replay.

In an interview, Heike Hindenlang, global marketing director for lifestyle and premium jewels, disclosed that Replay’s first scent launch will bow in the fall.

“It will have the same kind of positioning and target and doors as Christina Aguilera,” said Hindenlang.

The fragrance division is flush with a sales high from the first Christina Aguilera signature scent launch, which hit 24,000 European counters in the fall. So far, no plans for the U.S. have been announced.

“It’s been an extraordinary launch for us. We are number one with it in Germany and the U.K.,” said Hindenlang.

U.K. retailer The Perfume Shop, which has 162 stores in the U.K. and Ireland, backed Hindenlang’s claim.

“Since its launch in late September, Christina Aguilera’s fragrance has been one of our bestsellers at The Perfume Shop, consistently in the top five fragrances, and our top celebrity scent,” said Jeremy Seigal, managing director.

Aguilera’s celebrity name isn’t necessarily driving the scent’s success, added Seigal. Rather, it’s the product itself. The “sophisticated scent appeals to a broader customer base,” said Seigal, as well as the price — The Perfume Shop sells the 30-ml. eau de parfum spray at 17.99 pounds, or $36.83 at current exchange.

The Germany is the strongest-performing country for the fragrance category, followed closely by the U.K. The firm sells many of its fragrances in 15-ml. sizes, which retail from 16 euros, or $23.

“Our younger customers are more experimental. They like to play and try out fragrances, so they like the smaller sizes,” said Hindenlang.

With a younger-based clientele comes a more age-appropriate distribution strategy. In the U.K., the scents make their way onto counters in bigger drugstores, such as Boots and Superdrug, and department store Debenhams, as well as The Perfume Shop.

“We are not mass market and will never be mass market. However, it is true that young consumers don’t go to luxury temples,” said Hindenlang.

While P&G has fully rolled out the Christina Aguilera scent in 15 European countries, P&G is still figuring out the pricing and distribution details of the fragrance’s debut in the U.S., where it’s likely to bow in the spring.

To achieve the glossy black lace appliqué on the Christina Aguilera signature scent’s flacon, researchers went through five months of trials before hitting on the right quality of the microfine decoration that’s ultrasmooth to the touch. The process is called a “silk print,” and to achieve it, the bottle surface has to be completely flat.

The lace, combined with the bottle’s curvy shape and the black ribbon on its neck, gave the scent a Twenties look — the image Aguilera was after.

P&G is already at work on Aguilera’s second scent, which Hindenlang hopes will continue to motor the brand’s fast-growing sales.

“We plan to make Christina Aguilera a global, sustainable brand, and we really believe in long-term relationships and this is how we intend to build that brand,” said Hindenlang.