Her newest scent, Dazzle, the first in her repertoire, is meant to express her own personality. 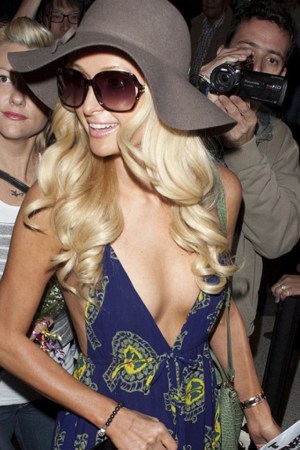 Give them Paris in springtime.

At least that’s the hope of Paris Hilton as she introduces her newest scent, Dazzle, the first in her repertoire meant to express her own personality.

“Creating a new fragrance or two each year has been a great way to express the changes I have gone through,” said Hilton. “Now I have a whole wardrobe of them to choose from, from light and beachy to mysterious and sexy.”

Including her newest, which will launch in June, Hilton has launched 15 scents with fragrance marketer and distributor Parlux and has generated what industry sources believe to be $1.5 billion in sales since launching the brand in 2004. By the end of 2012, industry sources estimate $140 million will be generated, $20 million to $25 million of which will be attributed to the introduction of Dazzle.

“What started out as just an interesting experiment became a real business very quickly,” said Hilton, who has an additional 16 product lines — from watches to footwear and handbags — available worldwide. “Every one of the scents I have done is still on the market somewhere. I will keep providing Parlux with new inspirations and will continue to visit our customers around the world.”

When it comes to the business end of things, Hilton said she is “very involved, from the initial concept to the packaging, the gift-with-purchase items and the advertising image.

“I love to do personal appearances, so I can connect with my customers and make sure they know this is all me, not just some corporation that uses my name,” continued Hilton.

Opening with pink lady apple, maraschino cherry and peach nectar, Dazzle, concocted by Frank Voelkl at Firmenich, also has a heart of violet petals, pink calypso orchid and orange blossom. Its base is of Hilton’s signature note, pink champagne, along with white patchouli and crystallized musk.

Hilton is also working on her second album and planning a foray into the real estate world.

“It will be a dance album and I cannot wait for my fans to hear it,” said Hilton, who collaborated with Flo Rida and LMFAO on the album. “I am also finishing the design and construction of my own club, Azure Beach Club, a beach-front property in the middle of the city of Manila, Philippines,” said Hilton, who hinted at the possibility of a color-filled future. “I am always looking for ways to expand my brand and would love to launch a beauty product line in the future.”