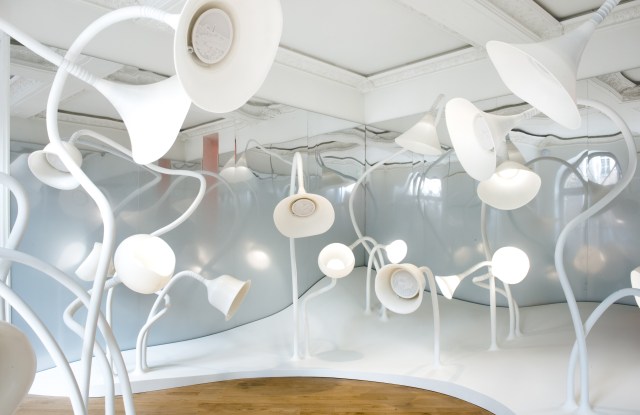 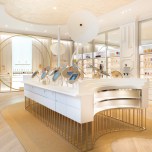 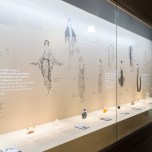 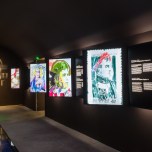 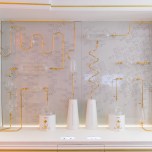 PARIS — The je ne sais quoi of French perfumery has been decoded with the opening of a new museum here on Thursday.

Le Grand Musée du Parfum, located at 73 Rue du Faubourg Saint-Honoré, has been divvied into sections focusing on the history and tales of perfume; sensory immersion, and the art of the perfumer. Here, too, visitors are able to take whiffs of an olfactive collection comprised of more than 60 scents sprinkled throughout the museum.

“We started really from a blank page,” explained Dorothée Lepère, a cofounder of the museum, along with Guillaume de Maussion and Sandra Armstrong. The trio came to a realization that Paris didn’t have a museum that is part scientific, historic and artistic, which celebrates France’s perfume savoir faire.

“The idea is that the visitor really experiments,” Lepère continued.

The museum’s exhibition rambles through a stately four-story, 15,555-square-foot mansion that most recently was home to Christian Lacroix Couture’s headquarters and flagship, across from Le Bristol Paris hotel. In the 19th century, the building served as the residence of Baron Antoine-Marie Roederer.

The minus-one level of the exhibit is devoted to tracing the history of fragrance between the time of the pharaohs of Egypt through until modern perfumery. This section is rich in historical facts and legends related to perfume, drawing in iconic figures such as Gabrielle Chanel, Cleopatra and Mark Antony. Here, too, people can smell the medicinal scent made of Tonka bean musk or kyphi, billed as the first man-made fragrance from ancient Egypt.

The museum’s sensory immersion section involves interactive experiments meant to shed light on the sense of smell’s importance, including its emotional power. In one area, guests can find out if their sniffers are acute and how they stack up against others’ noses in a similar demographic. There is also, among other interactive displays, a “garden of scents,” with sinewy flowerlike sculptures whose blossoms each contain a different odor.

Upstairs is the art of the perfumer area, which includes a perfumer’s laboratory and workspace, replete with a digital, musical fragrance organ. Videos are on display featuring some of today’s most renowned noses — such as Jean-Claude Ellena, Anne Flipo and Mathilde Laurent — explaining their métier.

People on this floor can also experience individual perfume notes through rounded objects that not only give off an aroma when sniffed but impart information on the ingredient when held to an ear.

Outside, the garden will feature perfume plants to help raise awareness about sustainable development, and workshops are on the docket, as well.

Attendees to the museum are given smartguide tablets, which not only impart information about the exhibition using geolocalization but also cull information on the person’s fragrance preferences.

For the next five years Le Grand Musée du Parfum is to receive material support and expertise from International Flavors and Fragrances. It is also backed by Paris Mayor Anne Hidalgo and the Ile-de-France region, plus organizations including the Fédération des Entreprises de la Beauté and the Syndicat Français de la Parfumerie.