Parlux to Launch Last Fragrances Worked On by Vince Camuto

In March, his fragrance licensee will launch the last two fragrances the late designer collaborated on, Bella and Solare. 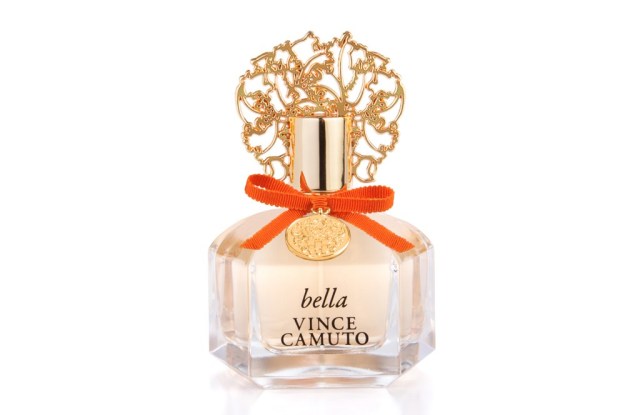 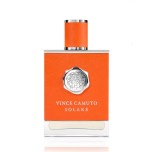 Vince Camuto is gone, but his legacy lives on.

In March, his fragrance licensee, Parlux, will launch the last two fragrances Camuto worked on, Bella and Solare.

“Just as beauty and femininity are ageless, Bella empowers women to embrace their individuality and inherent beauty,” said Camuto in an interview shortly before his death on Jan. 21. The fragrance is due out in the beginning of March. During the interview, Camuto also noted that Bella, a women’s scent, was inspired by freshly picked garden flowers. An avid gardener, Camuto also took inspiration from his garden for his earlier women’s scents Fiori (Italian for flowers) and Amore.

Fragrances were one of the late designer’s 30 lifestyle categories, which include sportswear, dresses, handbags, jewelry, swimwear, fragrance and men’s wear.

Bella was concocted by International Flavors & Fragrances perfumer Yves Cassar and has top notes of Italian bergamot, peach nectar, pear and lemon ice; a heart of strawberry flower, nectarine blossoms and jasmine water, and a base of solar musk, white amber, sandalwood, blonde woods and caramelized wood. A 0.2-oz. rollerball will sell for $22, while a 3.4-oz. eau de parfum will sell for $78.

Launching in mid-March, Solare reflects a radiance and strength, drawing inspiration from Vince’s “rich Italian heritage and its celebration of vitality and creativity.”

Of the men’s scent, Camuto noted, “Solare presents another option for the Camuto man to express his individuality and polished style. With the men’s fragrance collection, I wanted to introduce a scent that would both inspire and provide an accessory to the modern man’s sense of style.” Solare’s signature notes include juicy mandarin, pimento leaves and cardamom, anchored by sensual musk and cashmere woods, and was created with Mane’s Claude Dir eaux de toilette in two sizes — 1.7 oz. for $57 and 3.4 oz. for $70 will be offered, as will a 2.5 oz. deodorant, $17.

Both scents will be sold in about 3,000 department and specialty store doors, including Macy’s and Dillards.

Camuto always saw his lifestyle consumer as “smart, sophisticated, appreciates design, quality and value. He or she has a busy schedule and appreciates craft, tailoring, design and color.”

“Vince was fully engaged in his fragrances,” said Don Loftus, president of Parlux, after the designer’s death. “He loved working on them. He always insisted on a significant investment in both the juices and the bottles — the heaviest glass, the top-quality notes, even at a $75 price point. Just as was true of Nine West and his other businesses, his instincts about fragrances were always on.” And that strong commitment paid off, said Loftus, noting that the total Camuto women’s fragrance business for December 2014 was up 85 percent over 2013’s sales, buoyed by two launches, Femme and Amore. Men’s gained 30 percent with one launch, Homme.

While all involved declined to discuss sales figures, industry sources estimated that Bella could do $7 million to $8 million at retail in its first year on counter, while Solare could do $6 million to $7 million in the same time frame.