The new fragrance created by Steve DeMercado of Takasago, who also developed scents for Gucci, Calvin Klein, Marc Jacobs and Michael Kors among others, is also inspired by the Perry Ellis archive, more specifically the original Perry Ellis America collection and the fragrance that was first introduced 20 years ago.

DeMercado said he looked to “trendsetting fragrances of the Nineties” like Giorgio Armani’s Acqua di Gio, Drakkar Noir by Guy Laroche, Dior Fahrenheit and Calvin Klein Eternity, among others for inspiration.

He said the aforementioned fragrances “all share a fresh, aquatic and citrus appeal with a sophistication and intriguing dry down of spices, woods and warmth. Most importantly for today’s consumer, they trigger a feeling of nostalgia, youth, a memorable moment and positive vibes. I wanted to capture this essence and took this inspiration to create an “old school” vs. “new school” blend of classic notes infused with a modern twist based on the trends that are well-received today.”

The $75 scent is topped with bergamot, pineapple and white pepper, with lavender and rose in the middle and base notes of patchouli, birch and amber. Perry Ellis president Jason Zuckerman said the scent was originally developed with men in mind, but kept “coming back to a scent that had more of a unisex feel to it.” 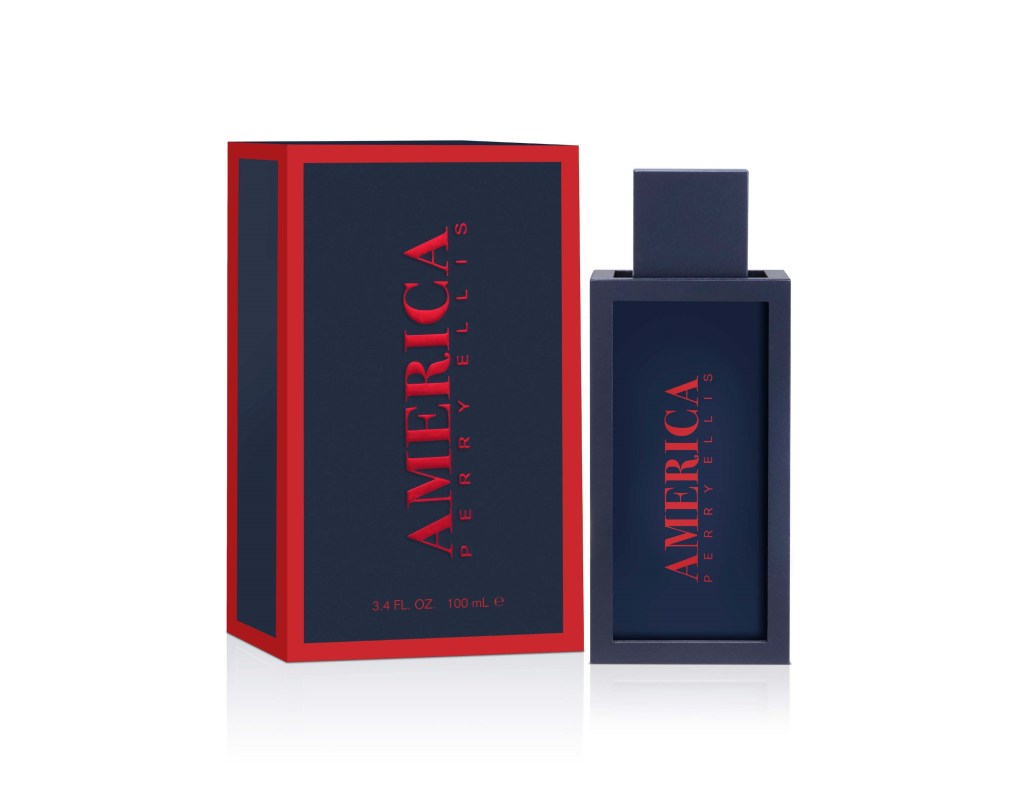 He added, “It’s a special blend, that has unique properties that allow it to straddle that line between what some would consider masculine versus what others would consider feminine. As this connects back to the Perry Ellis America line, our target is the Gen Z consumer, who expects something a bit different from their fragrances. Though Gen Z targeted, this scent has appeal to the millennial customer who has fragrance fatigue, having sampled the same family of scents from our competitors.”

The Millennial and Gen Z consumers will also recognize Danielle Herrington, who in her first fragrance campaign, fronts the Perry Ellis America fragrance campaign with Louis Mayhew. Herrington in 2018 became the third African-American woman to be on the cover of Sports Illustrated, following Tyra Banks and Beyoncé.

According to Zuckerman, the entire Perry Ellis fragrance business is “doing quite well” and had three years of year-over-year growth. “Additionally, we have expanded into a number of international markets, securing even greater exposure for the brand,” he said.