Dubbed “The $kull,” the perfume is a pricey teaser of what the German designer has in mind for the beauty division of his namesake brand.

MILAN — While many fashion brands tiptoe into the fragrance arena to consequentially evolve and introduce higher-end ranges, Philipp Plein opted for an inverse, bullish approach to make his introduction in the beauty industry.

The Switzerland-based luxury fashion brand, known for its bold, flamboyant aesthetic presented in theatrical and extravagant runway shows, revealed the launch of the Philipp Plein Parfums business debuting The $kull, a sort of high-end olfactory manifesto intended to represent the core values of the brand and pave its way in the category.

“I am a dreamer and a believer. I dreamt of launching a perfume years ago, I just wanted to wait for the right moment and the right partners,” said Philipp Plein, founder and owner of the namesake label.

In particular, the designer found his business match in Patrizio Stella, a beauty industry veteran who now serves as chief executive officer of Philipp Plein Parfums. The fragrance division was established as a separate company in Geneva earlier this year and developed under the umbrella of a recently launched holding named Brands Beyond Beauty, which Stella cofounded with a management team from key beauty industry multinationals.

“It’s a project we conceived three years ago,” said Stella. “We were a cohesive, international team with different experiences, some from multinationals, others from [local] companies. We decided to join forces as we noticed a gap in the market in that moment, an entity that could combine this multinational standing with an entrepreneurial attitude to realize different projects compared to those already present on the market.”

Counting two sites in Geneva and Neuchâtel, Switzerland, and an outpost in London, Brands Beyond Beauty aims to help both luxury players with existing cosmetic businesses and those wanting to venture into the category, establishing dedicated companies and sustaining their brand building across the whole supply chain, from production and distribution to marketing activities and strategic implementations.

“We operate as an incubator. We started collaborating with the Scheufele family, which owns the Chopard brand, by establishing the PFCH Luxe company, which relaunched its presence in the fragrance market,” said Stella about the other company in Brands Beyond Beauty’s portfolio. The executive expressed his interest in collaborating with other firms that could differ and complement the current offering, revealing contacts have already been made with a range of companies.

Recalling the encounter with Plein, Stella said he was impressed by “his determination, his acute vision and how he masterfully simplifies things. He’s a game-maker and indeed a game-breaker. He has understood that success is made of simple but disruptive concepts.”

In addition to the designer’s bold charisma, Stella was convinced by the appeal of the brand, which he defined as a perfect platform “to accomplish a launch that could be different compared to the traditional ones.”

In particular, the executive praised the label’s strong DNA and stylistic elements that distinguish it from other luxury players and credited the appeal this aesthetic has with younger generations, “on Gen Z consumers even before Millennials, thanks to its [image] linked to the world of rappers and to streetwear.”

This young customer also represents the core target for the brand’s fragrances. “Our intention is to make this one of the top 10 brands of the category in key markets and a leader for that younger consumer, aged 16 to 25, that is now struggling to approach traditional fragrances and traditional retailers because he needs more contemporary and edgier offerings, in sync with his lifestyle,” Stella said.

“So we tried to import in the world of fragrances Philipp Plein’s trademark claim ‘Born to be different’…We don’t want just to extend the business of this brand but really mark a completely different territory in this industry,” he added. 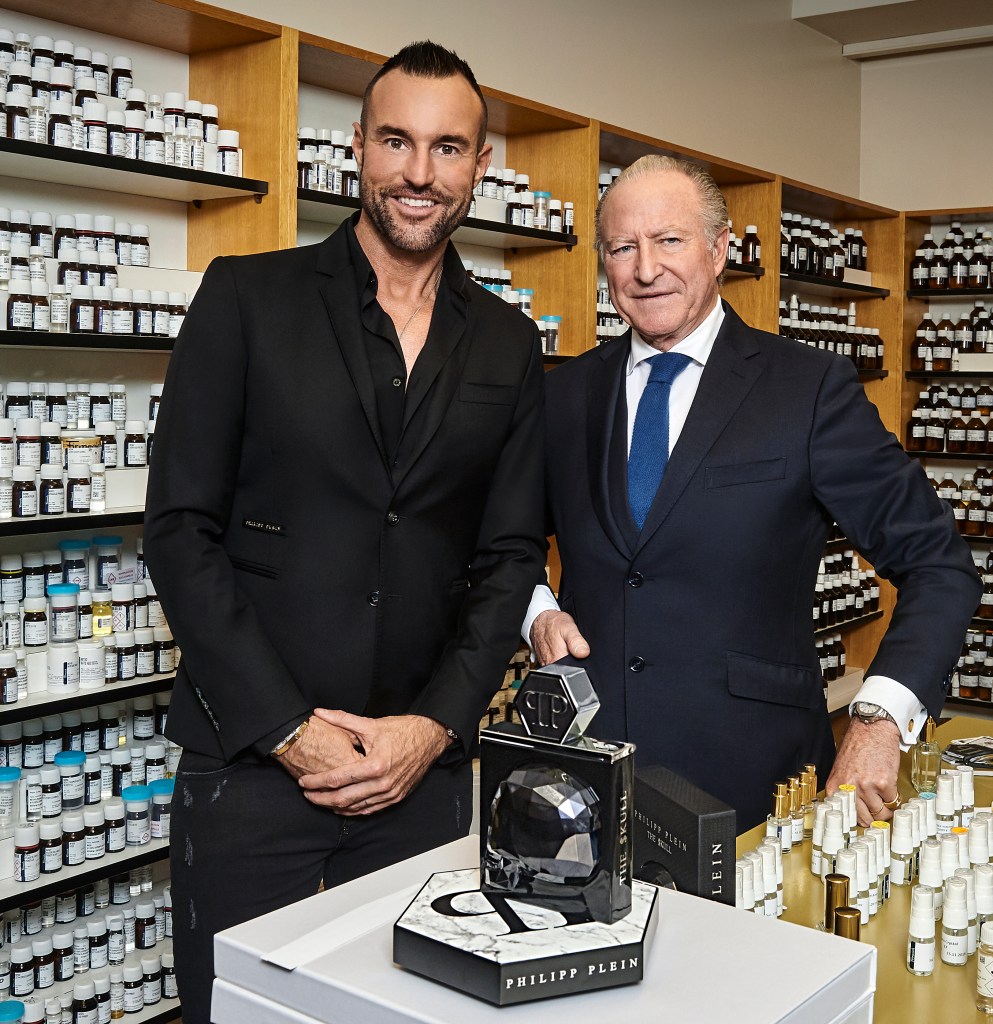 The first step toward this goal was the launch of The $kull, defined as “a teaser of high quality.” Presented in New York on Tuesday, the fragrance was conceived by master perfumer Alberto Morillas, who aimed to create a “sexy olfactory tattoo” for the brand.

Defined by spicy accents, the juice blends an intense trail of black pepper and cardamom with dark woods and leather accords, finishing off with Bourbon vanilla and black amber notes.

Presented as an “Art Edition,” the teaser scent comes in a single, 125-ml. format priced at 350 euros. It will launch this week in select Philipp Plein flagships in Europe and the U.S. as well as via the brand’s e-commerce, while the rollout will extend to key international department stores starting from January.

The name references a signature Philipp Plein symbol that also appears on the bottle of the scent. Offered in a black-lacquered glass, the squared flacon is dominated by a three-dimensional, faceted skull, whose halves bulge from both sides of the bottle, which is topped by a heavy, metallic cap bearing the label’s initials.

“My first perfume had to be a skull. This iconic symbol irradiates the Philipp Plein identity, shining on my clothing and standing out in every single store,” said the German designer, adding that it represents “the strongest statement of living life to the fullest” and accurately serves the purpose of embodying “eternity in a bottle.” 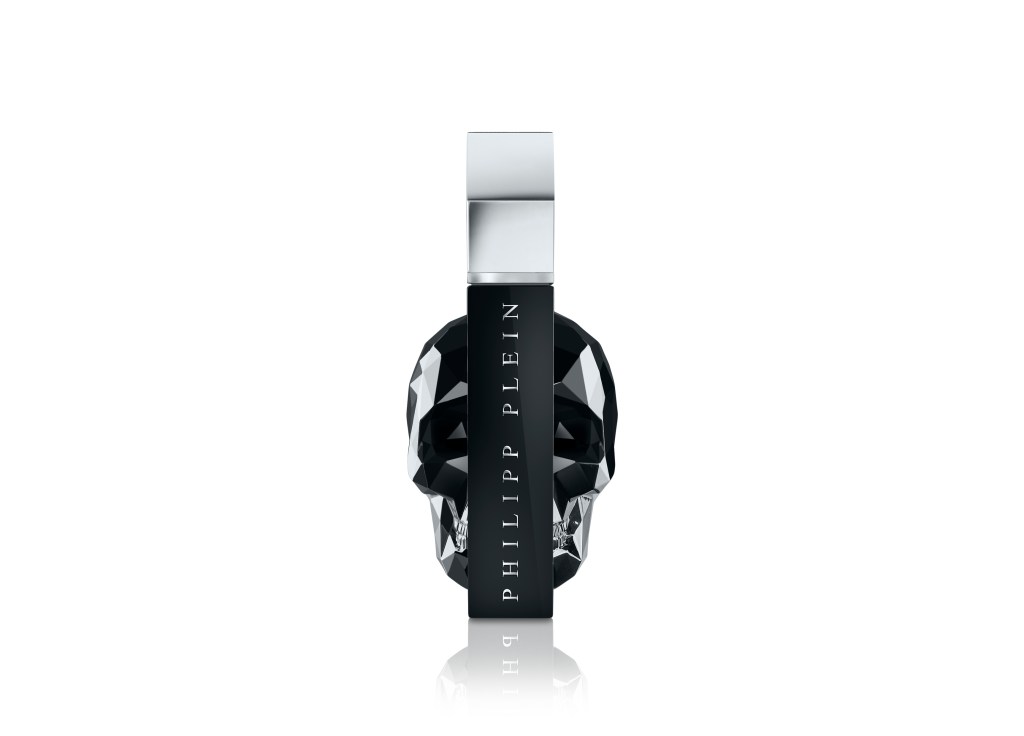 Positioned as a niche fragrance and aimed at both men and women, The $kull is expected to perform best in Russia, Germany and Italy as Europe is “the core area of the brand’s business,” said Stella. Yet he underscored that the label’s lifestyle has a wider grip, and forecast the fragrance division to be “extremely interesting and appealing for consumers in the American and Asian markets,” too.

“For us this fragrance is a talking piece, the first step in the category,” said the ceo, revealing that at the end of January the first men’s fragrance will be unveiled, hitting the shelves of selective perfumeries in spring 2020.

“Of course, our goal is not to remain only in the niche category but to become a leading brand in the market,” concluded Stella, adding that the overall positioning of the brand will meet the demand of a wider number of customers compared to this launch.