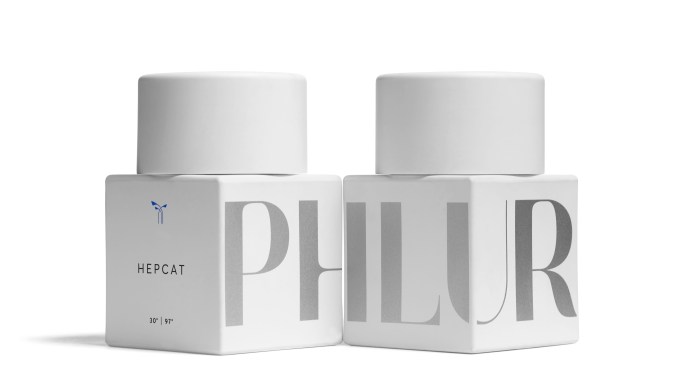 Phlur founder Eric Korman is aware that building a fragrance brand online might be a hard sell at first, but he’s intent on changing the way people discover and shop for scent.

As he explained his vision for Phlur — creating an e-commerce site to sell a range of eau de parfums via a home try-on system and strong visual content — it doesn’t seem much different than say, buying foundation or any color cosmetic online.

“People thought Tony Hsieh [founder of Zappos] would never sell shoes successfully online. Six years ago no one thought people would buy eyewear online,” said Korman, who spent over four years at Ralph Lauren as president of global e-commerce before relocating to Austin and starting Phlur last year. “The question is not can you sell fragrance online, it’s how do you do it effectively?”

And for him, storytelling is the way to do that.

“You smell with your eyes first. Think about the last time you were in a room you smelled something weird — you look around,” he continued. “But what are you looking for since you can’t see scent? What you’re looking for is visual context. We need to put scent into a visual context to be able to comprehend that.”

He called the language he’s encountered during the in-store shopping experience for fragrance “inpenetrative” thus far — and with Phlur, opted to talk to the consumer about how the scent will make them feel. Ingredients are listed in sample kits, he said, but not in the scent infographics.

Phlur.com will go live today with a premiere collection of six unisex scents, each with a corresponding story, imagery, playlist and infographic containing suggested amount of sprays, how long the scent will last on skin and the weight of the fragrance. For instance, Hepcat, a “heavy” scent, will last approximately eight to 10 hours on skin, and Hanami, a “light” scent will last four to six hours. The former is described as “deep and complex like your old philosophy professor” and the latter as “effervescent and ethereal; a butterfly ice skating.”

Korman worked with perfumers at Symrise and Mane to develop the first round of scents. They include Hanami, a dark smoky scent that Korman called a “celebration of darkness” and Hepcat, formulated with black vetiver sourced from Madagascar. Greylocke is an ode to being “outdoors in New England,” Moab is a “hedonistic journey through the desert” and Siano is a “celebration of nightlife.” Olmsted & Vaux is a riff on classic cologne that’s infused with shiso and ginger.

And similar to every direct-to-consumer brand that’s come before it — from Warby Parker to Everlane — Korman is eliminating the wholesale aspect. Because of this, he is able to cut the price in half, charging $85 for a 50-ml. bottle at phlur.com instead of the $170 it would cost at a retailer or specialty store. They are packaged in an opaque white square bottle with a round, magnetic top.

“We’re certainly not going into traditional wholesale. It’s not the right experience for consumer. We want to rethink the store experience, just as we have the online one — which means a store footprint,” Korman said, adding that it will take a few years to “get there.” As for how he will get the word out about the brand, since he’s decided to forgo traditional wholesale distribution to sell directly to the consumer, Korman said that an integrated marketing plan is in place. This includes partnering with online influencers, events, working with traditional publicists and paid digital media acquisition.

An at-home try-on program is central to the venture. Showing a sample of the trial kit that will get sent to potential customers, Korman explained that this allows someone to wear a scent in their real life before making the purchase versus smelling the scent on a strip in a department store. Interested customers can sign up on phlur.com to get two trial vials for $10 — each good for one week of wear — and if they decide to buy one of the fragrances, that fee will go towards their first purchase.

Phlur raised a seed round of just under $3 million last year, led by Austin-based Next Coast Ventures.