What started off as a promotional gift for his photography subjects like Brad Pitt, Jessica Biel and Matt Damon, grew into a retail distributed scent. 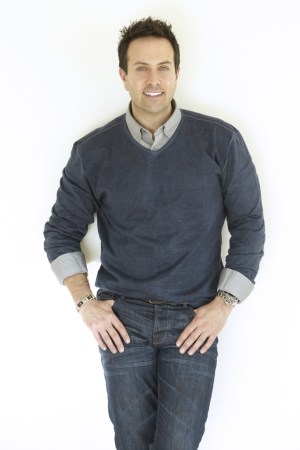 Fresh off the heels of his first fragrance launch, Los Angeles-based photographer John Russo has his sights set on the next one.

“I want to draw parallels between what I do and my fragrance,” said Russo. “I am flown all over the world to shoots in exotic wonderful places and I want to share that with people.”

What started off as a promotional gift for his photography subjects like Brad Pitt, Jessica Biel, Gerard Butler and Matt Damon, grew into a retail distributed scent.

In collaboration with scent manufacturer, The Lebermuth Co., Russo selected various notes from his extensive personal fragrance collection, and after several years and revisions, arrived at John Russo’s Photograph.

Photograph will consist of two scents, one for men and one for women. The men’s iteration has a woody vibe with top notes of mandarin, orange and bergamot; a heart of lavender and ginger with a smoky tobacco base note. Meanwhile, Photograph for Women is a fresh floral blend of freesia, peach, lemon, rose, lavender and gardenia, with a musky amber undertone.

“Photograph is reminiscent of my photography with sleek, modern and clean lines,” said Russo. “It crosses over to my photographic style.”

John Russo Photograph is currently sold in boutiques at Montage Hotels. Both the men’s and women’s bottles will be available in Fred Segal for $60 over the next few weeks, where Russo’s book, “About Face,” is carried. He is also looking for distribution at Sephora and Kitson.

While executives declined to comment on projected sales, industry sources estimate that John Russo Photograph could do as much as $1 million at retail globally in its first year on counter.

Russo’s next fragrance, Campaign, will keep to the photography theme. He plans to incorporate notes from around the islands of Greece and will begin shooting the campaign next week in Mykonos.