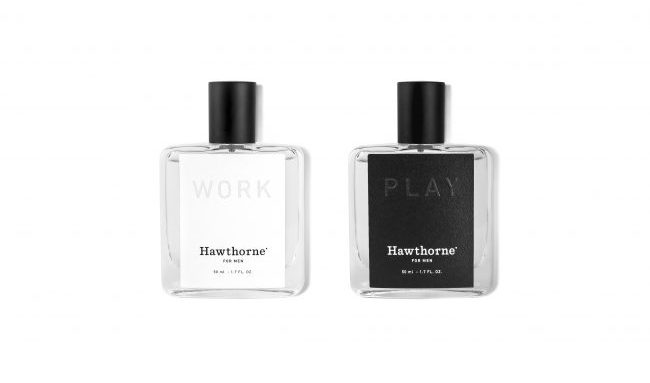 The indie fragrance boom has hit the web.

The artisanal fragrance space has seen enormous growth over the past decade — Byredo and Le Labo hit the scene in 2006, followed by Tom Ford Beauty’s Private Blend collection and By Kilian the year after. And as the category thrived, it naturally drew more and more entrants — and, lately, has sparked an entirely new e-commerce category: direct-to-consumer fragrance brands.

These e-commerce based start-ups — including Commodity Goods, Pinrose, Phlur and, most recently, Hawthorne for Men — are hoping to attract customers who are seeking an elevated fragrance experience, but who can’t afford, or don’t want to pay, the average $200 to $300 price of leading indie brands. They are following in the footsteps of other category focused e-commerce players that came before them — from Warby Parker in eyewear to Glossier in beauty — and aim to achieve the same success.

Niche fragrance houses have gained a following by paying the utmost attention to packaging, telling their brand stories, limiting distribution and using rarer, higher quality ingredients. This is all done to set them apart from the crowd of megabrands which, like well-oiled machines, introduce flashy scents and corresponding flankers season after season.

The Estee Lauder Cos. Inc. acquiring By Kilian and Le Labo, along with Frédéric Malle, in two acquisition sprees between 2014 and 2016 was the ultimate signal that the industry was entering new fragrance territory. The celebrity fragrance business was imploding and even the designer fragrance business was decelerating, according to retailers. But the niche space was booming.

The only caveat was cost — and that’s where the new entrants come in. By eliminating the middle man and going direct to the consumer, these companies can sell their scents at a fraction of the price of the leading players. For instance, By Kilian retails for $260 and Hawthorne for Men, which launched at the end of last month, sends each customer two bottles — one for “work” and one for “play” — and costs just $100 for both.

It was that their joint admiration for By Kilian — and specifically Bamboo Harmony — that became the impetus for Hawthorne for Men cofounders Brian Jeong and Phillip Wong to start their company.

The two have decided to steer clear of sampling, instead opting to give potential customers a detailed quiz to determine what scents will best suit them. Jeong and Wong developed a tailored algorithm that they say has 92 percent accuracy and, based on the results, customers will receive a sleek package with both bottles. The 10 fragrances they’ve created — five for work and five for play — hit five key ingredient stories: a dry wood, a sweet wood, aquatic, citrus and fougère.

Jeong and Wong maintain that their target demographic — young, busy male professionals in their 20s and 30s — isn’t interested in sampling and trying out a few scents over a course of a few weeks. In the case that someone doesn’t like one or both of their scents, they can swap them for different ones at no cost.

“When you look at the math, if you go directly to consumers you fundamentally keep 90 percent of your profits,” said Ilya Seglin, a managing director at Threadstone Advisors, explaining that fundamentally, if a perfume costs $100, the cost of goods is about 10 percent, or $10. “You have $90 to play with to invest in social, [public relations], the web site or customer acquisition. If you go to a department store, they will typically take 40 percent of the sale, so you’ll keep $60. Your cost is still $10.”

The profits dip even more when fees to sales associates, investments in training and sampling are factored in.

But while margins are better in the new model, the brands face the same hurdle that has plagued all direct-to-consumer players online: customer acquisition. Attracting new customers to one’s site, as well as repeat purchases, can become expensive and is ultimately the reason so many of these firms – from Warby Parker to Bonobos – have been forced to move into brick and mortar. Seglin cited Commodity Goods, a fragrance brand that launched three years ago which has since opened its distribution to Sephora. Pinrose is also sold in Sephora and Nordstrom doors and will soon expand its presence on QVC.

Speaking more as a consumer than a venture capitalist, Clara Sieg, a partner at Revolution Ventures, said that Pinrose in particular is attractive as a brand a shopper might buy.

The brand’s in-store collaboration with Nordstrom, for instance, highlights the value that direct-to-consumer brands with a focus on customization can bring to the traditional brick-and-mortar experience — just as the retailer has done by opening Bonobos shops-in-shop.

But the question remains whether it’s possible to replicate online the emotional, highly sensory connection one can make with a fragrance in a store. At-home sampling kits help, but they create a layer of friction that doesn’t exist in-store when one can smell and buy the perfume then and there.

This is why fragrance has been one of the last categories to see the emergence of players born in the digital space. But according to Phlur founder Eric Korman, it’s no different from anything else that consumers were once skeptical about buying online — including cosmetics, shoes or even apparel.

He maintained that his company, which launched its web site Phlur.com in June and has raised $4.5 million to date, can sell scents that would cost $175 at a department store for just $85.

Korman’s point of differentiation is selling fragrance tied to a specific mood or story — not by ingredients.

He worked closely with perfumers at Symrise and Mane to develop the initial range of six unisex scents, which on the product page all feature corresponding stories, imagery, playlists and detailed information such as suggested amount of sprays, how long the scent will last on the skin and the weight of the fragrance. A sampling system costs $10 for two small vials, and if a customer decides to buy the full-size bottle the fee is deducted from the final cost.

Since it launched, Phlur has integrated Spotify playlists onto each fragrance’s playlists so consumers can listen to the music that influenced that scent. A gifting program is also set to go live in time for holiday shopping. The service allows gifters to pay the full-size bottle price and an invitation gets mailed (in the actual mail) to the recipient with information on the brand and directions on how to go on to the site and first order samples and then fragrance of their choosing.

Pinrose is a bit different. The almost three-year-old company desires less to proliferate into the artisanal space and more into the minds and wallets of the Millennial consumer.

Pinrose introduced its brand of $55 eau de parfums in February 2014 and it is now carried at 50 Nordstrom and Sephora doors total across the country. The digitally minded brand has a feel that is less indie and more an evolution of the designer and celebrity fragrance, according to cofounder Erika Shumate, who said that instead of designer or a celebrity name tied to each scent, each of Pinrose’s fragrances is a “persona.”

“Some days you might feel like a ‘Secret Genius’ or some days you might feel like a ‘Treehouse Royal,'” she said, adding that the brand has raised $5 million to date. “We purposely named them for personas that each person has, and we think about fragrances how we do about Instagram or Snapchat filters that highlight that [specific] persona or the best version of who you are.”

Keeping in line with the brand’s ethos that “you are the celebrity of your own life,” Pinrose will unveil personalized bottles next month. The service, which costs an additional $5, lets consumers upload a photo to create a custom label on whatever scent they choose to buy.

“She doesn’t need to wear J. Lo’s perfume so we’re going to put her on her own bottle,” Shumate said.

And if customers are still iffy on whether the quality of a $55 scent can match that of one considered “niche,” think again. Pinrose has tapped some well-known perfumers, including David Apel, Ilias Ermenidis and Harry Fremont, a master perfumer at Firmenich, to work with the brand. A namesake “Pinrose” scent was introduced in November 2014, which was developed by Apel — the very same perfumer who created Tom Ford’s Black Orchid. Pinrose eau de parfum went on to become one of the top five in the 2015 Fragrance Foundation Awards’ Perfume Extraordinaire of the Year category.

The other question hanging over the new direct-to-consumer players in fragrance is how they can scale up their businesses. Many of the firms in other categories have either added additional products, opened their own freestanding stores, or both.

In some cases, the new entrants already recognize the hurdle. Hawthorne for Men, for example, is already planning to enter the booming men’s grooming category.