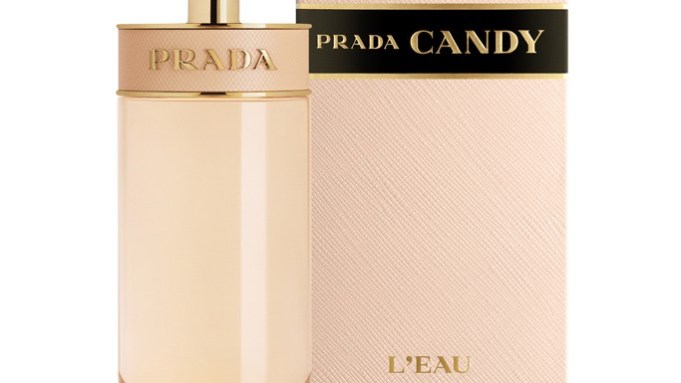 LONDON — Prada is going on a charm offensive to launch its new scent, Prada Candy L’Eau, enlisting the talents of Roman Coppola and Wes Anderson to cowrite and codirect a film starring Léa Seydoux, the face of the campaign, who also starred in the first Prada Candy campaign and film.

“We didn’t think of it as a [TV commercial], we thought of it as a whole movie,” said Ana Trias, vice president of prestige designer fragrances for Puig, which holds the Prada fragrance license. “We chose Wes Anderson and Roman Coppola because they are having a statement within the world of contemporary film. You feel like you are in their films, not just watching it.”

Coppola and Anderson decided that 20 seconds wasn’t long enough to tell the story of the girl and express her character fully. The end product is 207 seconds, divided into three parts, and stars Seydoux as Candy, a free-spirited Parisian girl in a very “French” situation.

Candy falls in love with two near-identical best friends, Julius and Gene. So far, so “Jules et Jim.” The men fall desperately in love with her and vie for her attention while Candy laps it up, eating popcorn and cake, and getting her nails and hair done along the way.

“When we started the Prada Candy franchise, we were playing in the field of seduction, and we feel that this new scent complements the category,” said Trias. “We see the fragrance as being worn by the same 25- to 35-year-old woman [as the original Prada Candy woman], with two different attitudes. But at the end of the day, she has the same energy, sense of joy and she’s always looking for pleasure. She’s captivating and mischievous.”

Unlike many fragrance extensions, L’Eau is not simply a lighter version of the original scent, but a new juice in its own right. Givaudan’s Daniela Andrier, the nose who also created the first Candy, put an accord of Sicilian mandarin and lemon at the top, while sweet peas have been introduced at the heart for an Oriental bouquet. Base notes of caramel, white musk and benzoin ground the juice in sensuality and keep it in the same family as the first Candy.

The concentration of benzoin in the juice is unusually high. The addition of just 2 to 3 percent is considered high by most fragrance houses; there is a 9 percent ratio of benzoin in Prada Candy L’Eau, giving it what Trias calls “an overdose of energy.” There was almost 13 percent in its precursor.

“For us, [the first] Prada Candy was a very good start, but it was clear that we needed to introduce something fresher,” said Trias, adding that the original performed especially well in the U.S. and in Europe.

The eau de toilette will be sold in three sizes — 30 ml. for $50, 50 ml. for $66 and 80 ml. for $88 — and will roll out across the U.S. from May 1, exclusively at Neiman Marcus, after earlier launches in Europe. It will begin selling in Canada from September and have full distribution in 11,358 doors globally.

The bottle retains the same Art Deco-inspired shape, designed by Fabien Baron, with a spray-through black and gold cap and soft nude saffiano leather-look accents and gold letters. The outer box has done away with the bold fuchsia and line drawing of a blonde girl on a fuchsia background, in favor of a more sophisticated vintage look with nude saffiano-effect texture and gilt accents. It is printed on the inside with an Art Deco pattern.

Print and video advertising are both planned, and the film will be shown in selected cinemas. The video campaign will only run online, with a 20-second trailer linking to the full film on Prada’s YouTube channel.

The print campaign was shot by Jean-Paul Goude and shows once again a tight shot of Seydoux holding the bottle against her face. Double- and single-page ads will break in the U.S. in June issues of fashion and beauty titles.