The Barcelona-based perfume and fashion company on Jan. 1 took control of the designer’s perfume business, which will launch a new women’s line in 2017. 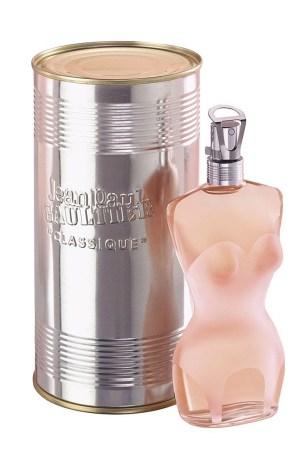 On Jan. 1, the Barcelona-based company took in-house the perfume business of Jean Paul Gaultier, whose fashion it has majority owned for four years.

Through 2015, the label’s fragrances — the most famous of which come in clever bottles shaped like torsos and tin-can packaging — had been licensed to Beauté Prestige International, the perfume arm of Shiseido.

“Jean Paul Gaultier brings a brand that has a very strong personality derived from the founder, the man behind this name,” Marc Puig, chairman and chief executive officer of Puig, told WWD.

He added that the Gaultier fragrance label ranks high in some key markets, thanks to a couple of powerhouse lines. During 2014, the brand overall placed 13th in the U.K., 15th in Spain and 17th in France, according to The NPD Group. Meanwhile, in Germany, it was 11th, IRI data shows.

The team put in place to manage the Gaultier fragrance business will report to José Manuel Albesa, Puig chief brand officer. And the label’s product portfolio will be reduced to two main collections — Classique for women and Le Male, which were launched in 1993 and 1995, respectively.

“They still command the biggest shares of [Gaultier’s] sales,” said Puig. “We will animate those brands in the first year in a way that we hope will excite consumers and retailers.

“He is a guy that likes theater, to entertain, to surprise, be spectacular, and bring things from the street and make them aspirational,” the executive continued, referring to the designer. “So we have to work with him to re-create some of the excitement and emotions that we felt when those lines were first launched on the market.”

In the first year under Puig’s control, sales of Gaultier fragrances should generate just less than 10 percent of the company’s overall revenues, according to Marc Puig. (Sales for the company in 2014, the last period for which numbers were released, came in at 1.51 billion euros, or $2 billion at average exchange for the 12 months.)

There will also be a reevaluation of the distribution of the label that’s strongest business is made in developed markets, especially Europe and North America.

Gaultier is a brand that in the past has dipped into product categories such as makeup for men, but for now there’s no move slated to enter new segments.

“We already have potential opportunities in reinforcing this portfolio for fragrance,” said Puig. “We do things one step at a time. So I think for the foreseeable future we are going to focus our efforts on developing fragrance lines.”

He added: “Gaultier for us is a brand that has potential to be a major contributor to our portfolio. We are excited to work with Jean Paul Gaultier in re-creating this name in this category.”

Puig develops perfumes under such labels as Prada, Valentino, Paco Rabanne and Carolina Herrera, as well.