The fragrance also marks the fashion house’s first scent under its creative directors. 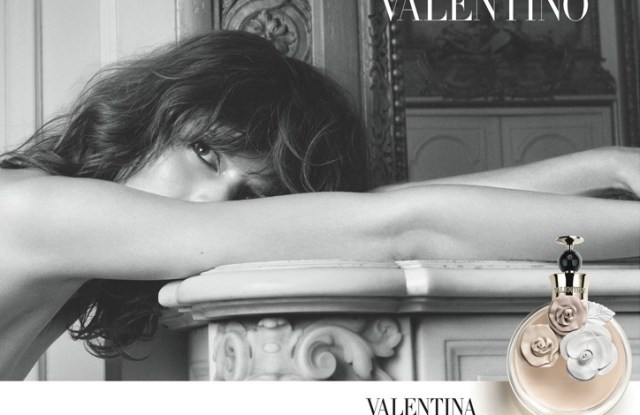 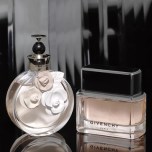 Valentina gleaned inspiration from Rome. “We wanted to capitalize on the Italian side of the brand,” said José Manuel Albesa, chief brand officer of Puig.

For the bottle, executives took a cue from Italian haute perfumery flacons plus flowers and ivory, nude and white colors, which are iconic elements in Valentino’s fashion. “For us the bottle was like an haute couture dress,” said Albesa.

Valentina’s print advertising image, featuring Freja Beha Erichsen, comes in single and double pages and was shot by David Sims. It shows Erichsen (aka Valentina) in her palazzo before a night out. In the video, Erichsen skips out on a party being hosted for her at home in the palazzo to celebrate with friends on Rome’s streets. Johan Renck filmed the 20- to 45-second spots that are destined for TV, movie theaters and the Internet.

“It’s this kind of rebellious attitude” that’s elegant, sophisticated and young, explained Albesa, who added the positioning is in line with today’s youthful generation of pretty, intelligent influencers and social jet-setters, such as Sofia Coppola and Bianca Brandolini d’Adda.

Piccioli and Chiuri, who have also used Erichsen in Valentino’s fashion ads, worked hand-in-hand with Puig executives on Valentina.

“We shared with Puig our vision of the brand’s style and values — iconic design elements, respect for the brand’s heritage and our contemporary personal style,” said Piccioli. “Puig as an expert in the fragrance field then translated these elements into a scent which represents these values.”

“Harmony, beauty, joy and balance are what we strive to achieve; it is one of the reasons why we found this job a very stimulating challenge,” continued Grazia Chiuri.

Valentina is to be introduced in early September in Europe and the Middle East, followed by a rollout in the U.S., Latin America and Asia starting in March 2012.

Puig executives would not divulge sales projections. However, according to industry source estimates, Valentina will ring up 80 million euros, or $114.7 million, in first-year retail sales globally.

Puig is discontinuing Valentino’s former fragrances. “We prefer to [start from] scratch, from zero,” Albesa explained, adding, “We have great ambitions behind this brand. So we plan to really grow rapidly, in both in the female and in the male categories in the future.”

“I think this is an opportunity to tell the market about the new evolution of Valentino,” continued Stefano Sassi, the company’s chief executive officer. “Valentino and Puig are really keen to get important results and set up a major business. And this new brand, this new fragrance, is the starting point for a kind of pillar to develop a Valentino fragrance business.”