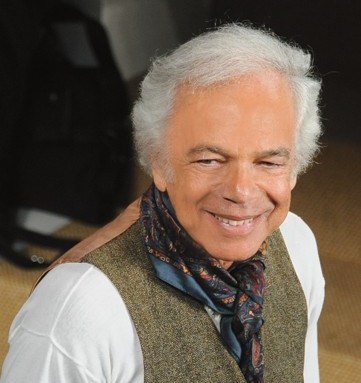 Certain words spring to mind when Ralph Lauren’s name is mentioned — among them, timeless, classic and lifestyle.

And, says Jeff Morgan, division president of product licensing for Ralph Lauren, that is precisely the reason that Lauren’s multidecade relationship with L’Oréal USA has worked so well. While Morgan and L’Oréal both declined comment, industry sources estimate that Lauren’s powerhouse Polo scent franchise alone does upward of $300 million at retail globally each year.

“Our partnership with L’Oréal has been an important relationship and one we’re pleased to be a part of,” says Morgan. “It’s been a great experience in marrying our brand vision to quality products.”

Morgan points out that the Polo franchise is more than 30 years old — the original Polo bowed in 1978 — a rarity in today’s fragrance market.

“That first Polo fragrance is still a core product in our fragrance assortment,” notes Morgan. “There aren’t many brands that have that kind of staying power. That’s what’s important and unusual about our collaboration — it has real meaning in the marketplace. We’re not just another celebrity fragrance, we’re a staple and a core.”

Morgan notes that the broad concepts that have been chosen for the Lauren fragrances are timeless and universal, lending another classic facet to the brand. “Take Love or Romance — these are the fundamental values people have — that’s the strength,” he says. “We then work with L’Oréal to create a beautiful juice, expressive and appropriate packaging and relevant imaging and merchandising. All of those elements come together to create our scents. And our business partnership has married the core brand values of Ralph Lauren and the beauty expertise of L’Oréal, allowing a business to be built, which stands the test of time.”

Morgan notes that the brand’s timeless luxury lifestyle positioning appeals to a broad swath of ages. “When we apply that to the fragrance business, it gives us a lot of room to maneuver,” says Morgan. “Lifestyle can be a heritage, it can be sports, it can be a sophisticated, modern concept.”

As an example, Morgan points to the brand’s new Polo fragrance ad campaign — featuring Argentine polo player Nacho Figueras, the face of the Polo Black Fragrance and model for Ralph Lauren Black Label since 2005 — as an example. The campaign, which bows in Vanity Fair’s June issue, celebrates three of the brand’s classic scents — Polo Modern Reserve, Polo Blue and Polo Black — will span print, television and online mediums, and marks one of the largest advertising pushes for Ralph Lauren fragrances in the men’s segment. Bruce Weber shot and directed the campaign.

“From Nantucket to Los Angeles, you see all the facets of the Polo man that are reflected in our fragrance products,” says Morgan. “We have Nacho playing polo, which ties to the traditional Polo green bottle; Nacho in a nautical and sporty scene that references Polo Blue, and a sophisticated evening scene featuring Nacho in a suit and crisp white shirt, showing the modernism of Polo Black.”

“This is the first time ever that all three fragrances will be advertised at the same time,” Guillaume de Lesquen, president, worldwide, of the Ralph Lauren fragrances division of L’Oréal, told WWD in May. “It’s a very big brand statement and an all-out expression of Polo, so the expectations are high.”

While all parties involved declined comment on advertising budgets, industry sources estimated that L’Oréal will spend upward of $20 million on the new campaign.

Another area of opportunity for the brand is in color cosmetics. “We think we have something to say there,” says Morgan. “We are always looking at new opportunities. When we’re ready and have the right product, we would be open to doing this. It’s a very competitive business, and whenever we enter any business, we do it when we have the confidence that we have a real message and point of difference for the category.”