Rap It Up: Rocawear Men’s Fragrances 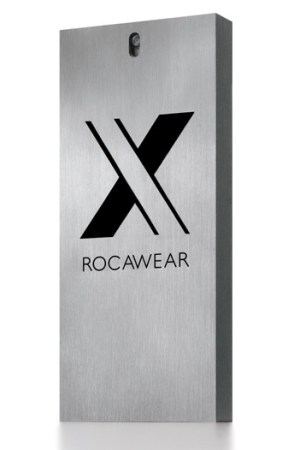 Fragrance has quickly become a part of the Rocawear lifestyle.

“We were already working with Iconix with Badgley Mischka and knew they would be great partners on Rocawear — and we also saw great opportunities with the Rocawear brand for fragrance,” said Rolleston. “[Shawn] “Jay-Z” [Carter] is a visionary — and has incredible authenticity as a businessman. He has taken his vision into many different areas, including Rocawear, watches, Champagne, his 40/40 nightclubs and his own record company, which has launched the careers of Kanye West, Young Jeezy and Rihanna. He’s the ceo of hip-hop. It was a no-brainer for us to want to do a deal with him.”

The debut fragrance from the company was 9IX Rocawear, launched in September 2008. The name was intended to reference Rocawear’s founding year — 1999 — by using the number nine and its Roman numeral equivalent.

“There is no doubt that Rocawear is the icon of style in the urban world, and everything this brand stands for — ambition, masculinity and confidence — will be captured in its debut fragrance,” said Rolleston at the time of the launch. Added Jameel Spencer, chief marketing officer of Rocawear, at the time: “The unveiling of our fragrance begins the evolution of Rocawear. It couldn’t be a more exciting time for the brand, and working with an industry leader like Elizabeth Arden is sure to lead to blockbuster results.”

The scent, created with International Flavors and Fragrances, has top notes of Asian coriander, mandarin zest and living cantaloupe; the heart is of spike lavender and raw geranium leaf, and the drydown is of golden amber, musk and rugged timber wood. The initial lineup consisted of eaux de toilette in two sizes — 1.7 oz. for $50 and 3.4 oz. for $65 — as well as a 6.8-oz. shower gel, $25, and a 2.6-oz. deodorant, $16. The fragrance, which features a brushed-gunmetal bottle, is sold in about 2,000 department and specialty store doors, including Macy’s and Dillard’s.

Industry sources estimated that 9IX Rocawear generated retail sales of about $15 million in its first year on counter.

Last April, 9IX Rocawear Gold, a limited edition version of the original aromatic woody scent, was issued in updated packaging. The fragrance borrowed the flagship scent’s brushed-silver bottle and restyled it in metallic gold. “We decided to launch it close to Father’s Day to provide families with a sexier alternative to the typical Father’s Day gifts,” Carter said in March. “I mean, how many colorful ties can a guy wear?” The 3.4-oz. scent retailed for $65 and was sold in about 2,000 department store doors, including Macy’s, Belk and Dillard’s.

The latest addition to the fragrance family joined the line in September. Called X by Rocawear, the limited-edition scent is intended to mark the apparel brand’s 10th anniversary.

“X by Rocawear is our brand personified, as it represents how we have evolved to remain consistently relevant as a leader of popular culture,” said Carter. “The fragrance is unlike anything out there and is our way of celebrating this special moment. Rocawear is an iconic brand, which is evident by our tenure in an ever-changing marketplace. We are about being bold and unapologetic with the products we create.”

X by Rocawear is being supported with scented print ads, scented apparel hangtags and in-store events, among other things.

Packaging resembles the brand’s original vessel, a rectangular brushed-silver bottle complemented by a polished black carton and emblazoned with the signature diamond anniversary celebration logo. X by Rocawear is available in about 2,000 department stores in the U.S and is expected to generate sales of about $8 million at retail.

Especially considering the fragrance brand’s consumer sweet spot — men ages 18 to 34 — the Internet has been a major area of promotional focus for the scents, said Rolleston. “Rocawear has a robust Web site, and we are able to communicate very well online,” he said, adding online-only commercials have been part of the promotional tactics for the brand, as have links to the fragrance Web site from other related sites. “Also, as the Rocawear consumer is very sports-focused, we are also advertising on ESPN and other sports-related shows. We’ve also advertised at NFL and NBA games and some college-sports events.”

Also, Facebook, Twitter and other social-media venues have been a part of the marketing push behind the fragrance brand. “We do print advertising as well, but not in the traditional beauty books,” said Rolleston, who named Vibe and XXL as examples of print venues for the Rocawear fragrance brand.

So what’s next for the brand? Possibly men’s grooming, noted Rolleston: “We definitely see an opportunity there. There isn’t a specific line in the pipeline yet, but we have been having conversations. It’s a logical place for the brand to go next.”