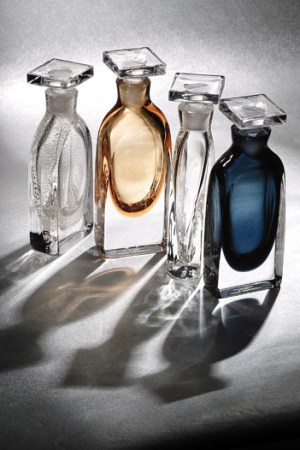 Like the other products bearing his name, Reed Krakoff is infusing his new fragrance with the modernist style and upscale positioning of his eponymous brand.

This story first appeared in the November 12, 2010 issue of WWD. Subscribe Today.

“Doing fragrance was one of my first priorities in creating my own brand — I see it as a touchstone,” said Krakoff, whose Reed Krakoff Collection is sold in his freestanding boutiques at 831 Madison Avenue in Manhattan, in Tokyo’s Aoyama district, and at The Forum Shops at Caesars Palace in Las Vegas, as well as on his own Web site, at Saks Fifth Avenue, Colette in Paris, 10 Corso Como in Milan, Isetan in Japan and a selection of upscale boutiques. Reed Krakoff Collection was first shown at New York Fashion Week in February and launched in September; it includes ready-to-wear, handbags, shoes, jewelry, small leather goods, sunglasses, watches and accessories. In addition to designing his own brand, Krakoff remains president and executive creative director of Coach Inc., which owns the Reed Krakoff brand and is funding its growth.

Krakoff’s goal with his limited edition fragrance is to create a “beautiful, quality, artisan-inspired product. It’s the ultimate grand statement for a modern, sophisticated woman.”

That goal was shared by Veronique Gabai-Pinsky, president of BeautyBank, IdeaBank and Aramis and Designer Fragrances at the Estée Lauder Cos. Inc., which holds the Coach and Reed Krakoff fragrance licenses, noting that the scent was intended to be “a work of art and a tribute to our friend and partner.”

“In celebration of Reed’s new collection, we wanted to design a special limited edition fragrance that would become a collector’s item for the modern woman,” said Gabai-Pinsky.

That attention to detail is especially evident in the bottles for the fragrance, which are handcrafted by the Seguso family in Murano, Italy — the house has produced high-quality glass since the 12th century. The bottles are rendered in four colors — gray, nude, silver fleck and clear — using the sommerso technique, which involves a creating a bottle within a bottle. The inner bottle is shaded with the chosen color, while the outer shell is clear. Hand-ground stoppers — which fit only the exact flask for which they were created — engraved with Krakoff’s spare geometric logo cap each bottle.

The bottles are sold empty and packaged in a deluxe dove-gray — Krakoff’s signature color — case with the bottle, stopper, a gunmetal funnel for decanting the scent into the Murano glass bottle, two refills of the scent and a hand-signed card from Krakoff.

The scents will be available only at Reed Krakoff boutiques and by special request, beginning at the end of this month.

The scent, an eau de parfum, opens with a blend of black pepper, bright aldehydes and neroli extract; has a heart of French hyacinth absolute, white peony and violet leaf extract, and a drydown of vetiver heart, precious vetiver absolute and orris concrete. “We had to establish an olfactory trademark for the Reed Krakoff brand,” said Karyn Khoury, senior vice president of corporate fragrance development at the Estée Lauder Cos., who worked with Krakoff and International Flavors & Fragrances to concoct the blend. “Very early on, we focused on vetiver in its most expensive form, which has the ability to be both masculine and feminine. That was our starting-off point, and then we added French hyacinth absolute at the heart. It is impossible to create this absolute in large quantities due to the minimal yield from the plants, which made it perfect for a limited edition, high-end project like this one.”

Only 100 of each color bottle will be produced, all four varieties containing the same juice. The bottles are hand-numbered. Each will retail for $695. Krakoff is aware that the limited run and high price tag of the scent will put it out of many consumers’ reach, especially in a challenging economy. However, he noted, “what a lot of women want is something that not everyone can afford. This is definitely a very high-end project. I think the phrase ‘limited edition’ is overused, but this is a true limited edition.” The scents are expected to do about $278,000 at retail.

As for future product categories, Krakoff said he is content for now to be a student of his stores. “Right now, the idea is to really study and understand my consumers so that we can continue to provide them with what they want.”