For the first time, the perfume poet and creative powerhouse has chosen to capture a city in glass in his new fragrance, La Fille de Berlin. 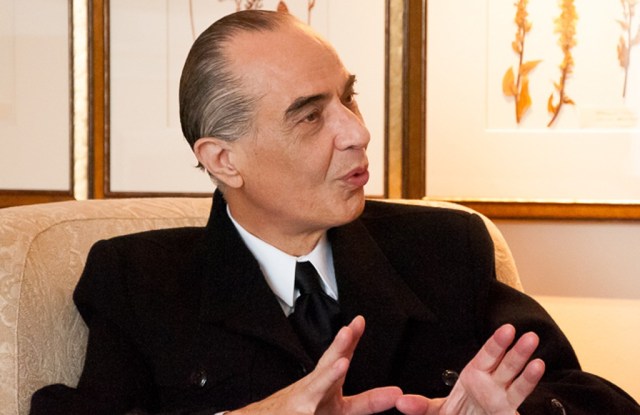 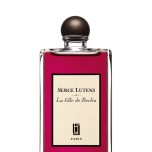 BERLIN — For the first time, perfumer Serge Lutens has chosen to capture a city in a bottle.

La Fille de Berlin will be available at Paris’ Les Salons du Palais Royal on Feb. 1, then will prelaunch in select stores later in the month; the rollout will continue globally through March. The 50-ml. bottle will be priced at $120.

The scent is the second part of Lutens’ current Berlin-based revery; he also called his new book of photography “Berlin à Paris.” The coffee-table tome, published by Milan’s Electa Editions, offers a series of dark and decadent Lutens images created between 1967 and 2008, some of which are reminiscent of Weimar-era cabaret, German Expressionist painting and the films of F.W. Murnau. Lutens’ two previous books, “L’Esprit Serge Lutens” (1992) and “Serge Lutens” (1998) are out-of-print collector editions, now selling for more than a $1,000 a copy.

The combination of the exclusive and the elusive is what has won Serge Lutens and his fragrances a fervent fan base.  “There’s hardly any other brand in Germany that retains and builds on its brand equity the way [Serge Lutens] does,” said Andreas Sistig vice president and managing director of Shiseido Germany and Serge Lutens Germany. Sistig said Serge Lutens has doubled its sales in the country in eight years; Germany is one of the brand’s top European markets, along with France and Italy.

Sistig predicts that La Fille de Berlin will be a top seller in Germany, and the buzz around Berlin as a top art, creative and tourist destination will generate further interest. He also said the scent could be an entry point into the existing line of selective distribution fragrances. That also means an introduction to the distinctive and at times disturbing world of Serge Lutens.

In the ruby red juice of La Fille de Berlin, Serge Lutens embraces the city’s complexity and uneasy place in history. He noted that the scent was about finding beauty in the darkness and persevering through adversity with strength and humor, as women in postwar Germany had to do, when they were as plundered as their cities by occupying forces meant to restore order. This story is movingly told in the anonymous best-selling autobiographical book titled “A Woman in Berlin,” clearly an influence.

Company expectations seem to be that La Fille de Berlin will rise victorious. It will be the only new perfume released by Serge Lutens in 2013; normally the house releases three a year. Instead, other existing fragrances will be highlighted, to show three extremes of the line: Dark and woody Serge Noire, smooth and delicate Clair du Musc and lush floral oriental Datura Noir. An additional two scents will be released in sets containing a duo 30-ml. bottles and a travel atomizer.  The black lacquer travel spray bottle is called Le Vaporisateur Tout Noir, and was introduced in the fall of 2012. For the launch of La Fille de Berlin, Shiseido brought Serge Lutens, who rarely travels, along with a cadre of global press to the new fragrance’s namesake city.