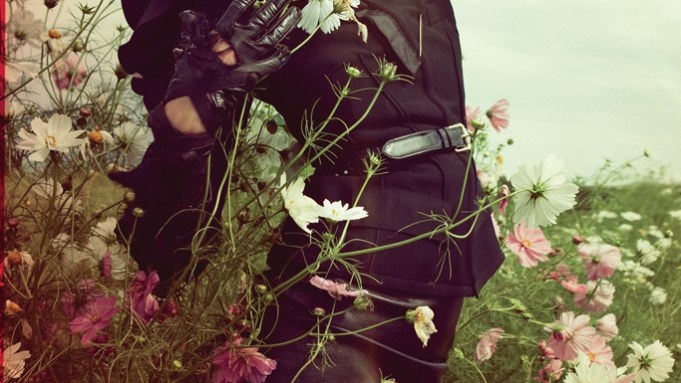 Can One Direction, the Brit boy-band sensation, propel the U.S. fragrance business in a much-needed new direction for fall, namely up?

Or might some of the most storied names in fragrance marketing—Calvin Klein, Estée Lauder, Elizabeth Arden, among them—provide the necessary boost?

Or will red-hot designers like Michael Kors and Tory Burch infuse a shot of energy into what’s been an anemic category thus far this year?

While only time will reveal the answers to such questions, heading into the second half, one thing is certain: Fall is going to be a make-or-break season for fragrance in the U.S.

“Fragrance is doing okay this year—not great,” says Karen Grant, vice president and global beauty industry analyst of The NPD Group, who reports skin-care sales were up 7 percent through the end of May, makeup was up 5 percent and fragrance up only 2 percent.

“The launch activity will be very important, especially on the women’s side,” Grant concludes. “It’s interesting and encouraging that we’re seeing so much activity.”

In fact, marquee launches abound in every fragrance subdivision—beauty brands, designer, celebrity, niche and men’s—from the names above, as well as superstars like Rihanna, Katy Perry, Justin Bieber, Taylor Swift, Ralph Lauren, Gucci, Marc Jacobs, Fresh, Avon and on and on.

The sheer number of launches is daunting, and has produced a new mind-set for many shrewd marketers. “It’s hard to be new and meaningful in a marketplace where you have 1,100 launches a year,” says Veronique Gabai-Pinsky, global brand president of the Aramis and Designer Fragrances division of the Estée Lauder Cos. “I’m telling my team that if a project isn’t great, if it’s not better than anything we’ve done before, we’re not launching. Good is simply not good enough. You have to be exceptional.”

Noting that the ultraluxury segment is the fastest growing in prestige, Gabai-Pinsky expands on what “exceptional” means to today’s consumers: quality, authenticity and consistency in terms of the brand messaging and storytelling.

Authenticity is especially important in the celebrity category. Though such scents most often have a supersonic trajectory and limited life span, they are big buzz generators and also effective at attracting younger consumers to the fragrance counter. But with a glut hitting the market this fall, success is far from guaranteed. “What is for certain is that the global fascination with celebrity has never been greater,” says Kathy Widmer, executive vice president and chief marketing officer of Elizabeth Arden. “A lot of our marketing is focused on providing consumers with an ability to get closer to the celebrity or understand what it might be like to be them.” For the launch last year of Bieber’s Girlfriend, for example, Arden’s objective was to convey what it would be like to be the teen dream’s significant other, while for the upcoming launch of Taylor by Taylor Swift, the emphasis will be on what it’s like to be the pop princess’ best friend.

Arden’s methods for conveying those messages has shifted dramatically from traditional media to digital, says Widmer, who notes that digital platforms now comprise 80 percent of the marketing budget for a celebrity fragrance. “You have to take the audience on a journey,” she says, “and the content needs to be continuous.”

“Doing things that are disruptive to attract attention is key,” agrees Donna Barson, a senior associate in the consumer products division of Kline & Company. “Sampling is very important and engaging with consumers—whether by YouTube videos, storytelling, behind-the-scenes access or TV selling—has a direct impact on sales.”

There are other bright spots, too. Widmer notes that sales of full-priced items are outpacing promotional items thus far this year, while Gabai-Pinsky is encouraged by the growth of the men’s market, which now comprises a third of all fragrance sales in the prestige market. And, as Grant reminds, a win in scent is a win for beauty overall. “The fragrance consumer is more likely to use makeup and skin care than any other category user,” she says. “This is where the emotional engagement is driven.”