Where these five people go, the rest of us follow.

By Danielle Pergament on May 7, 2010
View Slideshow 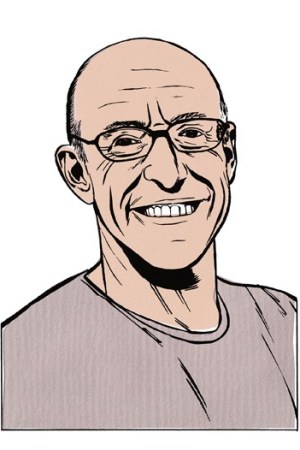 Where these five people go, the rest of us follow.

Before organic face creams and all-natural nail polish, there was Michael Pollan and his seven simple words: “Eat food. Not too much. Mostly plants.” It was a mantra that precipitated a domino effect. “Pollan took a daunting, complex subject—the food industry— and distilled it in a way that gave people a handle on it,” says Adam Rapoport, senior style editor at GQ. “What was murky became transparent, and suddenly, you were an idiot if you didn’t follow his advice. It went from being smart to being cool, and once the cool people are doing it, it becomes part of the public consciousness.” Soon enough, the author of In Defense of Food: An Eater’s Manifesto and The Omnivore’s Dilemma: The Secrets Behind What You Eat was having an impact on beauty, too. “Pollan has been hugely influential in making people rethink where their products are coming from,” says Melissa Lavigne, managing director of the Intelligence Group. “Not just what they put in their mouths, but what they put on their bodies. He has made us question: What is this doing to the world? Food used to be a dead subject from a marketing standpoint, but now it’s setting the standard for the beauty industry.” Indeed, natural ingredients, organic products and well-being have become priorities for the consumer. “Pollan is a brave man,” says Robin Coe-Hutshing, creative director of Studio BeautyMix. “He’s a hero for pointing out difficult realities and finding solutions that we can actually live with.”

There may be no one who has made status quo celebrity feel as stuffy, staid and flatlined as Lady Gaga. She swooped into a world where the red carpet was replete with gently tousled hair, neutral lipstick and impossibly safe eye shadow—and turned it all on its delicately adorned ear. “She treats style as performance art,” says Lavigne. “We’ve seen it before—with Cyndi Lauper, Boy George, Madonna— but never this successfully and never to this extreme.” Crystals, lace, pearls: To the rest of the world, they may seem like accessories, but in Gaga’s reality, these are adornments for your face like blush or eye shadow. “The results are graphic, powerful, awe inspiring,” says Coe-Hutshing. “Each of her alter egos consists of such minute attention to stylistic detail that it commands our attention—and creates legions of clones.” Gaga keeps people guessing, keeps makeup inspired, keeps it all fun—and is an artist, one who treats makeup as an extension of her music. She has worn a dress made of dead Muppets in defiance of fur. She has worn a mask of red lace to symbolize her own “martyrdom.” But her outrageousness belies a thoughtfulness underneath. “She has given permission to a whole generation of kids to be an outsider,” says Lavigne. “For so long, transformation has been about looking better, being thinner. Lady Gaga has taught us that transformation can just be about transformation.”

Where Marc Jacobs goes, the cool kids follow. It was true of his bags. It was true of his accessories. It was even true of his geography. “When every major brand was opening on Madison Avenue, Marc Jacobs moved downtown to Bleecker Street and sparked a whole new neighborhood,” says Rapoport. “He is a genius brander. He made owning Marc Jacobs cool. He did that by going downtown, by putting on subversive fashion shows, by selling $25 rain boots.” And most recently, by reshaping how we think of fragrance. “For so many companies, it’s about pushing the bottle, launching the next scent,” says Lavigne. “It’s made the public numb.” But something about Marc Jacobs scents suggests he’s actually trying to do something new each time—the bold bottles, the strong, signature notes. These are the spirited, whimsical creations of someone rethinking scent, even rethinking fragrance’s place in the market. “Marc has done masstige in a unique way,” says Lavigne. “While H&M, Target and the Gap are bringing highend designers to the masses, Marc made a high-end line accessible. Yet somehow he is still aspirational. Whatever he does, Marc’s ideas always hit the pulse.” No pun intended.

Next: Lara Stone and Rihanna >>

We’re a society that likes its muses. And in a time of economic downturn, a curvy, gap-toothed blonde with a captivating face does more than resonate with the general public—she lifts our spirits. “Lara Stone is one of those models who can look unspeakably glamorous one moment and kind of goofy, like a real person, the next,” says Coe-Hutshing, adding that “her sexy Bardot gaze and lush body have made her an icon. ” The blonde bombshell moniker—the one we’re so happy to slap on any fair-haired new model who can fill out a bikini—actually applies to Stone. Whether she’s gazing up at us from a fabricated forest floor or staring us straight in the eye through a fuchsia filter, it’s hard to look away. “Lara feels like Mad Men come to life—the sexy, curvy, bombshell,” says Lavigne, who points out that, in a recent market survey, “curvy” was ranked the most aspirational body type among 18- to 34-year-olds. “She has allowed people to see beauty in a very different way. Whether it’s her smile, her curves, her imperfect walk, Lara has broken the mold.”

She has single-handedly mainstreamed punk, she has made fearlessness as sexy as a great pair of legs and, despite the fact that she’s 100 percent Bajan, Rihanna has already become a symbol of multiculturalism. And that’s all at the tender age of 22. “This is a woman who has never tried to fit into a traditional role,” says Lavigne. “It’s not just that she has become a poster child for different cultures—it’s that she feels very authentic.” As Lavigne points out, this resonates deeply with her generation. “She’s savvy—all kinds of people can identify with her. She’s straddling different worlds and we’re heading towards a time where that will be the norm.” Through both her public and private lives, Rihanna symbolizes a strong, intrepid woman. And somehow, she conveys all her badassness while still being a picture of femininity. “She’s all tough and leather and studs one minute, and the face of Cover Girl the next,” says Dodai Stewart, deputy editor of Jezebel.com. “She is the embodiment of the tough-feminine look.”