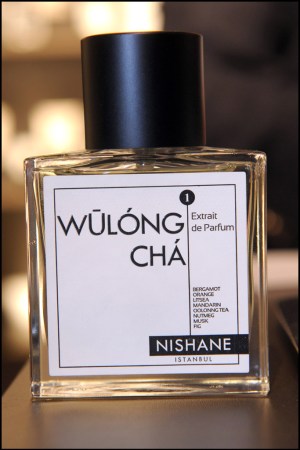 “I don’t think that it still is niche — it’s something parallel. We have old luxury, and we have new luxury,” said George Davidov, chief executive officer of the Giorgio perfumery in Rostov on Don, Russia. He was cruising the stands at the seventh edition of Esxence, Milan’s annual artistic perfumery show, held this year in a roughly 64,580-square-foot space in the trendy Porta Nuova district.

Nearly 6,500 people visited Esxence this year, almost a six percent uptick over 2014. About half were retailers and distributors, and 51 percent were from outside Italy. Of the 165 exhibiting brands, 30 percent were Italian; 82 had been at Esxence before; 74 were considered “emerging”, and nine were part of Esxkin, the first area dedicated to niche skin-care and cosmetic products — a category Maurizio Cavezzali, ceo of Equipe International, which organizes Esxence, said is booming.

“The serious brands could see significant expansion,” he said. “In three or four years, this could become a dual fair.”

He added that while the spotlight often shines more brightly on large-scale Italian trade shows, niche fairs respond to the needs of a specific audience, and are irreplaceable.

Noting that mass market fragrances are subject to countless rounds of testing before they reach stores, Alexandra Cubizolles, ceo of Une Nuit à Bali, a French brand at Esxence for the first time, said consumers were tired of this formulaic approach. “If you want something a bit original, in niche what’s great is people can say ‘I like it’ or ‘I hate it,’” she noted. “If everyone likes something, it’s not a good sign.”

Une Nuit à Bali began as a line of all-natural skin-care products and has since expanded to include three fragrances: Fleur des Fleurs, Suma Oriental and Mr. Vetiver. The first retails for 85 euros, or about $92 at current exchange, and the other two sell for 95 euros, or $103, at concept stores such as Colette and Nose in Paris, as well as Liberty in London.

“The idea of the brand is ‘one night in,’ and maybe we’re going to change destinations [in the future],” Cubizolles said.

Nishane, a Turkish brand also new to Esxence, was gearing up for its domestic debut this month at Harvey Nichols and other department stores, said cofounder Murat Katran, adding that the line of 16 unisex scents sprang from an idea of Istanbul “as the bridge between cultures.”

Spice Bazaar, for instance, is composed of juniper, yuzu, rosemary, ginger, cedarwood, cinnamon, cumin, black pepper, saffron and vanilla — evoking a stroll through the Istanbul marketplace for which it is named. Other juices include Wùlòng Chà, inspired by Chinese tea; Afrika Olifant, a tribute to the savannah wilds; and Pasiòn Choco, a fruity, oriental scent with a touch of dark chocolate.

Among the Italian exhibitors, My Inner Island was back for the fourth year. “In Italy we’re quite well distributed; we’d like to become better known abroad,” founder Valentina Giordano explained, citing the Middle East and Russia as areas of interest.

With a lab near Pisa, Tuscany, and natural ingredients from places like Madagascar and Zanzibar, Africa, Giordano said My Inner Island fragrances are highly concentrated — at 30 percent juice — and meant to be soothing on the skin. In Italy, a 50-ml. bottle sells for 85 euros, or $92.

Palmiro Péaquin, cofounder of Uèrmì Fragrance Collection (pronounced “wear me”) said the brand interpreted “the connection between textiles and perfume, through smell.”

He and partner Aurora Carrara brought three experienced noses on board — Philippe Bousseton, Jean Jacques and Antoine Lie — to develop olfactory definitions of suede, velvet, denim and cashmere, among other textiles. Each 75-ml. eau de parfum sells for approximately 115 euros, or $125.

“Our ideal retailer is either a clothing store, or a selective perfumery,” Péaquin said, adding he has his eyes on Japan and the U.S.

Stefania Squeglia left a career in entertainment industry event planning to create Mendittorosa, a fragrance line she called “beyond niche,” with ingredients from Grasse and handmade artisanal packaging from Italy.

Fewer than 100 specialized stores carry the brand, in Europe and the Middle East. One of Mendittorosa’s scents, called Le Mat, is a tribute to the unnumbered fool’s card in the Tarot of Marseilles deck; it features ceramic caps made by sculptor Alessandro Reggioli.

At Esxin, Philab, a unisex Greek skin-care label, was showcasing a complete line of antiage creams, cleansers and scrubs — the most expensive of which sells for 130 euros, or $140 — in dark packaging designed to prolong product shelf life after opening. Fabio Rulli De Simone, sales director for Stefano Saccani Retail Europe, which distributes Philab, said it was performing well in Eastern Europe and Germany.

Laboratoires Didier Rase, a French men’s brand primarily available at upscale spas and salons, was presenting its Integrall all-in-one treatments for the face and hair, which contain a patented molecule that prevents the loss of testosterone.

The fair, said Integrall sales director Dali Khiri, was an excellent place “to get better visibility,” because of overlap in the target for niche fragrance and premium skin-care treatments.