Capturing Peace in a Liquid

Scents' proceeds will benefit Science for Peace, created in 2008 to promote investments in community health. 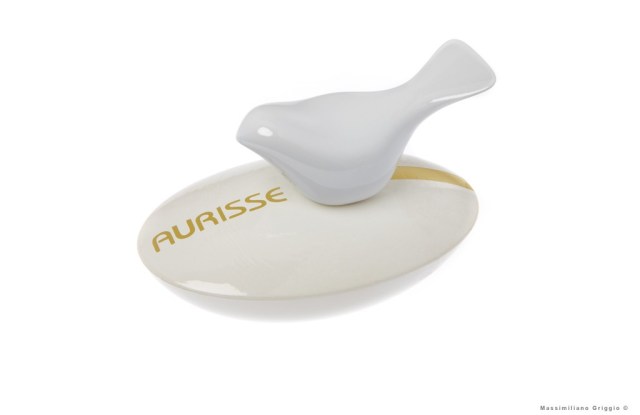 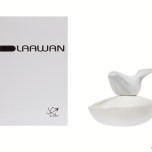 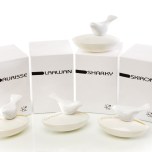 That’s the question Celso Fadelli, chief executive officer of Intertrade Europe, and Paolo Veronesi, president of the Fondazione Umberto Veronesi, began exploring in 2010, when they decided to work on a set of fragrances together, with creative input from architect Simone Micheli for packaging design.

Each 1.7-oz. spray bottle will sell for 98 euros, or about $123 at current exchange, and 10 percent of sales proceeds will benefit Science for Peace, an organization Veronesi’s father, Umberto — a World War II veteran, oncologist and politician — created in 2008 to promote investments in community health and research rather than in the military.

The hand-blown glossy white glass bottle, which is the same for all four fragrances, is shaped like a dove resting on a rounded ledge, and yellow-gold lettering distinguishes the scents. Micheli said his goal was to design a bottle that was symbolic and could elicit emotions without words. The ledge is slightly unstable and represents the delicate balance of life, he added.

Fadelli explained that the idea was “to connect peace to a perfume,” since they are “two invisible, but very important, concepts,” and he said the products will appeal to those who like “fragrances that express passion and uniqueness.” He hopes to see 10,000 bottles sold in the first year.

“The goal is to support peace in the world from the point of view of scientists,” the younger Veronesi said, adding he hoped the set of fragrances would draw greater attention to the organization.

Each fragrance was developed by a different nose, and named for a type of wind found in a particular region of the world. Aurisse takes its name from a French coastal wind associated with summer storms, and contains notes of petitgrain, bitter orange, grapefruit, white rose, lime, pink pepper, basil leaves, geranium, glacial mint, white amber, white cedar and incense. Laawan is a western wind in the Middle East, and its fragrance is sensual, hot and musky, with touches of jasmine, musk and white wood. Sharky, named for a wind that blows from the East or Southeast and is commonly felt in Moroccan summers, contains ingredients as varied as fig leaves, vanilla and cedar wood. The fourth fragrance, Skiron, takes its name from a Greek god and is associated with the last month of spring. Its ingredients include sage, Chinese cinnamon and cloves from Zanzibar.

“Wind wraps around us and gives us a sense of peace,” said Fadelli, adding that many of the ingredients chosen had a link to meditation.