Angelini Beauty, the licensee of Trussardi fragrances, developed six genderless scents dedicated to the streets of the city.

MILAN — “Differently from other Italian destinations, you can’t just visit Milan. You have to stay here, live it, breathe it. It’s not like any other city,” said Lluís Plà, president and chief executive officer of Angelini Beauty, introducing the new project the company developed for its licensee Trussardi.

The executive, who has been recently promoted from his role as general director of the firm, is originally from Barcelona but developed a soft spot for Italy, and Milan specifically. In particular, he defined Trussardi’s new fragrance collection as “Angelini Beauty’s contribution to the relaunch of the city.”

“The official launch for this project was scheduled for February, with great focus on travel retail and distribution in prestigious perfumeries,” said Plà, explaining that the pandemic interrupted the company’s original plans. He also underscored that the project was developed before the crisis but gained a new resonance given what the city experienced during the past several months.

Dubbed “Le Vie di Milano” — or “The Streets of Milan” in English — the line is comprised of six genderless scents created by a pool of master perfumers, who were commissioned to outline “an olfactory map” of different corners of the city and capture the different facets of the Milanese lifestyle.

Each bears the name of a landmark spot and evokes related activities. The fragrances include “Limitless Shopping Via della Spiga” by noses Quentin Bisch and Amélie Jacquin; “Passeggiata in Galleria Vittorio Emanuele II” by master perfumer Julie Massé; “Behind the Curtain Piazza alla Scala” by Amandine Marie; “Aperitivo Milanese Porta Nuova” by Emilie Coppermann, and “Vicoli Via Fiori Chiari” by Pierre-Constanti Guéros.

In addition, the “Musc Noir Perfume Enhancer” eau de parfum created by Leslie Gauthier can be used as a stand-alone fragrance or layered to enhance any other scent in the collection.

In conceiving the juices — which tap into different olfactory families, ranging from floral and gourmand to woody — the perfumers also suggested the color defining each geometric flacon. Crafted in matte glass, these come in tones including powder beige, brick red, teal, gray, burgundy and red, all topped by sculptured, golden caps shaped as heads of Trussardi’s signature greyhound. The house’s emblem also appears on the packaging, along with gold graphics evoking landmark monuments of each district.

Retailing at 165 euros for the single, 100-ml. format, the scents will be available in Trussardi stores as well as a selection of perfumeries worldwide starting from this month.

Plà compared the scents “to niche fragrances without this being a niche line, as the project is really close to that world” in terms of its juices and appearance. For Angelini Beauty, the overall goal of the launch is to restate the bond between Trussardi and the Milanese lifestyle as well as enter the selective perfumery arena.

Last year, Angelini Beauty generated revenues of 107.5 million euros, with its subsidiaries located in strategic markets in Europe — including Germany, Spain, Portugal, Austria and Switzerland, in addition to Italy — accounting for 70 percent of total sales. The company distributes products in 80 countries globally, with Russia being one of the best-performing markets.

Plà said the pandemic will significantly impact the annual financial performance of the company, as he forecasts a decline in revenues of between 20 and 30 percent for 2020. “But there’s the big question mark pending on final sales for the year, including those registered during the Christmas and Black Friday periods,” Plà said.

Albeit the immediate goal for the executive is to bring revenues back to the numbers registered in 2019, his longer-term mission is to reach 150 million euros in sales. 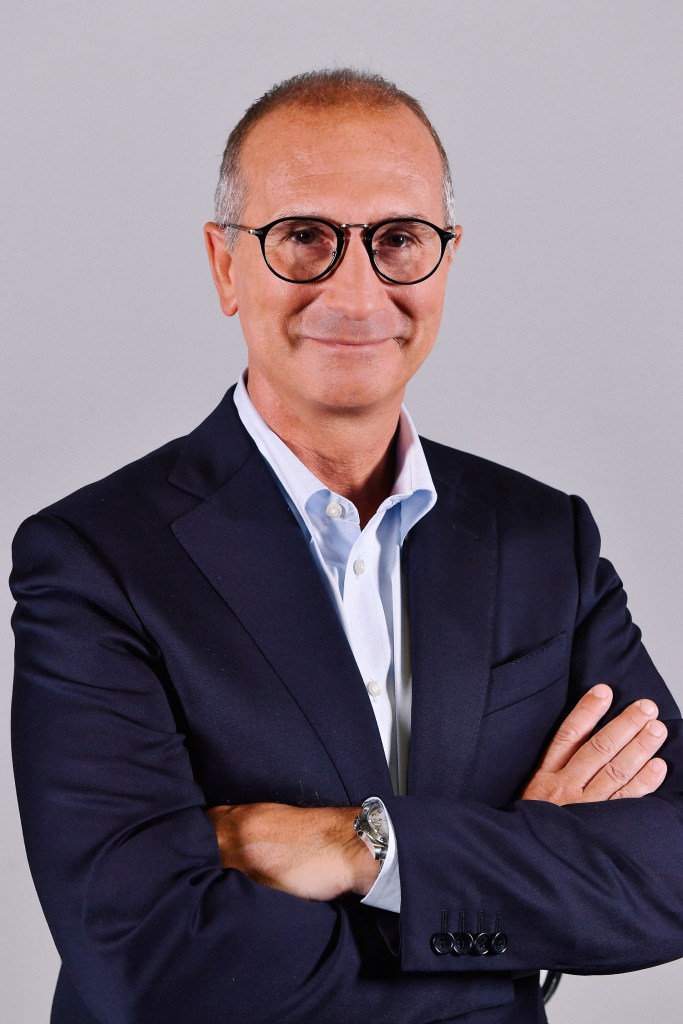 Despite the economic impact of COVID-19, the executive remained optimistic. In particular he was satisfied with how the company handled the emergency and its readiness in demanding its employees to work from home since the very beginning of the virus outbreak. He was additionally pleased by the fact that the company had already introduced digital tools and remote meetings in its daily business before the pandemic.

“We then looked carefully to what the needs of our partners were,” he said, mentioning payments and support retail-wise.

To this end, the most significant impact the pandemic had on the beauty business was the acceleration of online sales and Angelini Beauty, which doesn’t have a direct e-commerce platform, “adapted to the requests of our retailers to best support their demands.”

Yet brick-and-mortar stores remain essential for the company. Plà said balancing safety rules with a pleasing shopping experience will be the main challenge across the industry. “Without the opportunity to test fragrances, we will need to understand which initiatives we have to implement to reach consumers….We have to restart the engine, basically,” he said, also stressing the importance of enhancing the company’s omnichannel approach.

“In the short-term, great classics of perfumery and scents consumers already know very well will be awarded,” he continued, urging the need to invest in communication to encourage customers to discover new products.

“In the world of fragrances, we’re ready to shift from the ‘ready to party’ approach to the ‘ready to feel good’ one. We need to communicate that scents are related to the overall wellbeing,” Plà said. He specifically praised initiatives developed by Accademia del Profumo in promoting the olfactory culture among consumers, including exhibitions and video content on social media.

According to the executive, the educational approach will boost sales and help companies to tune in with consumers’ increasing demand for customization. “Customers would also want to take part in the creative process of products, where possible. But to do this, they have to be informed first,” he said.

Sustainability is the other main trend that accelerated during the pandemic and is being targeted by the company.

To wit, this year Angelini Beauty postponed the launch of a new Trussardi female pillar “on which we invested a lot both in terms of production and communication.” Originally expected to be released this month, the fragrance — whose name is still under wraps — will be launched in 2021. Plà revealed the scent will be strategic as its Angelini Beauty’s first, real effort in sustainability, claiming that the project is “almost completely green.”

With 200 employees, Angelini Beauty is a division of Angelini Group, an Italian company specialized in health, wellness and pharmaceutical products, which began its involvement with perfumery in 1994 with a stake in Barcelona’s Idesa Parfums. After taking over this company in 2010, in 2013 the group signed an agreement with Industrie Cosmetiche Riunite to take majority control of Italian Fragrances, which at the time held fragrance licenses for luxury labels such as Trussardi, Blumarine, Dsquared2 and Pomellato.

These two parties merged in Angelini Beauty, which currently creates, develops and distributes fragrances not only for Trussardi but also Laura Biagiotti, Blumarine, Mandarina Duck, Angel Schlesser and Armand Basi as well as skin-care and sun-care products for Anne Möller.

Over the past three years, Plà has worked to reorganize the business unit. In particular, he concentrated the marketing teams, the product development and supply chain between Milan and Lodi — an hour’s drive from Milan — moving strategic units from Barcelona to reinforce the Italian identity of the company and facilitate operations.