The label's newest fragrance is infused with Old Hollywood charm and will be fronted by Blake Lively. 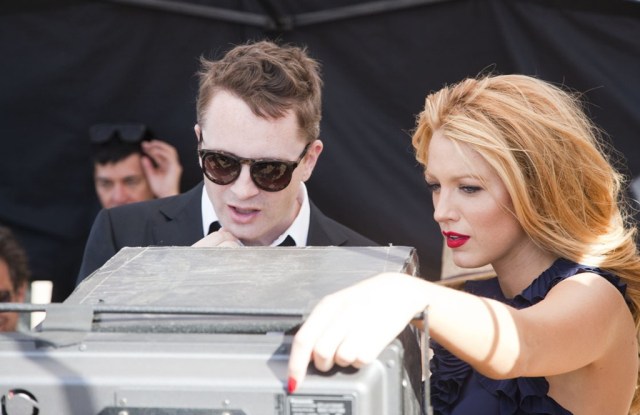 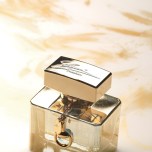 MILAN — Gucci is gearing up to launch a new fragrance infused with Old Hollywood charm and fronted by Blake Lively.

This story first appeared in the June 22, 2012 issue of WWD. Subscribe Today.

Inspired by the couture line of the same name that made its debut in 2010 at the Cannes Film Festival, the Gucci Première eau de parfum is designed to evoke all the glitz and glamour associated with that event.

In a telephone interview, Gucci creative director Frida Giannini said the perfume is for a beautiful, successful woman who is “living her moment, whether it’s on the red carpet or at a private dinner.”

“We have three big pillars that we want to support and make as long-lasting classics in the market,” added Luigi Feola, vice president of Procter & Gamble Prestige, referring to Flora, Guilty and Gucci by Gucci. “Première will be the female counterpart to the male Gucci by Gucci,” he explained, noting that the original women’s Gucci by Gucci — Giannini’s first fragrance for the Italian fashion house, which some considered quite masculine — has become more of a niche perfume.

The new scent offers top notes of bergamot and orange blossom, a heart of white flowers and musk, and a base cocktail of leather and wood.

“Celebrities and red-carpet glamour have always been a part of the Gucci heritage,” noted Giannini, adding that Gucci Première dresses — which take about six months to complete — often feature rich embroidery.

Giannini was actively involved in all stages of the fragrance’s development, including designing the bottle, which drips with gold and heritage details and looks like a fashion accessory. The Gucci horsebit, interlocking GG symbol and founder Guccio Gucci’s signature on a tag all dangle from the golden cap with Gucci Première emblazoned on the top, while the brand’s characteristic striped webbing, usually seen in green and red, appears in gold on gold on the bottle’s side.

Feola said the design team worked hard to achieve the gold effect Giannini wanted on the bottle, as the fragrance needed to be “as close as possible to the Gucci world.” He added that the packaging “leverages a number of iconic elements of the Gucci equity,” which was considered key to the launch’s chance for success.

Although Feola declined to provide an estimate, industry sources speculate the fragrance could bring in as much as $200 million in retail sales, or $120 million at wholesale, in its first year in global distribution. “We hope it will be one of the most important initiatives in the industry this year,” said Feola, who noted that since P&G took on the Gucci fragrance license in 2006, business has nearly tripled thanks to the success of Flora and Gucci Guilty. “The Gucci brand is very strong globally, and [Première] is designed to be a global fragrance,” he said.

Lively, whose career took off when she landed a starring role on the TV series “Gossip Girl,” has garnered considerable attention within the fashion industry. Giannini said she chose the actress as the face of Gucci Première partly “because she is a girl of extraordinary beauty and she’s a girl who loves fashion. She has great taste in clothes.” But it was Lively’s attitude that won over the designer, who said: “Although she’s young, she’s also very determined, and I liked this spirit.…She knows how to be a diva in the right sense, with an aspirational glamour.”

Lively praised the Gucci brand’s balance between “the feminine and masculine powers of a woman,” and noted this is her first fragrance campaign.

“Gucci is a staple. It is a brand I have always looked up to because to me it represents strength,” she said. “In their designs, in their images, in what they stand for philanthropically, and especially in their fragrance.…I couldn’t be more proud to be working with Gucci and its heart, Frida.”

Asked about Old Hollywood influences on her style, Lively noted she had grown up watching old movies, and lavished praise on Katharine Hepburn (“the perfect example of all that I believe women should be”), Grace Kelly (“Grace’s style was soft like a sigh”) and Audrey Hepburn, whose style “captured happiness.”

“I wish women still walked around the house in full-length, black-tie-worthy dressing gowns,” she said. “The beauty in old movies isn’t just the material. It’s the aesthetic.…You can watch ‘The Philadelphia Story’ on silent and still love it. It is one of the greatest fashion shows you’ll ever witness.”

Feola anticipates especially strong sales in the U.S. and Italy — Gucci strongholds — as well as emerging markets in Asia, the Middle East and Russia. “Our idea is to limit the number of initiatives but make them big. We have a strong support plan already lined up for the following year,” he said.

Gucci Première is scheduled to arrive first in the U.K. in late July, with exclusives at Harrods and Selfridges, and the worldwide launch will kick off in September with the exception of China, where the fragrance will arrive in 2013. The ad campaign will also make its debut in the U.K. before rolling out internationally.

Photographers Mert Alas and Marcus Piggott shot the ad campaign in February at the Sheats Goldstein Residence in Los Angeles, selected for its all-encompassing view of the city. The black-and-white image shows Lively in a backless dress covered in sequins, golden hair styled for another era, gazing at the city lights as her reflection bounces off a glass windowpane.

“All these ingredients rendered the idea of this cinematic, seductive attitude,” noted Giannini.

Feola added the print campaign draws particular emphasis to the bottle as an “unmistakably Gucci” emblem.

Film director Nicolas Winding Refn, who said he “relished” the new challenge of working for Gucci, shot the TV commercial at the same location, with additional scenes in the Mojave Desert, portraying Lively as a leading lady preparing for a big premiere.