The new scents — each $58 — will launch alongside coordinating soy candles, $25 each. 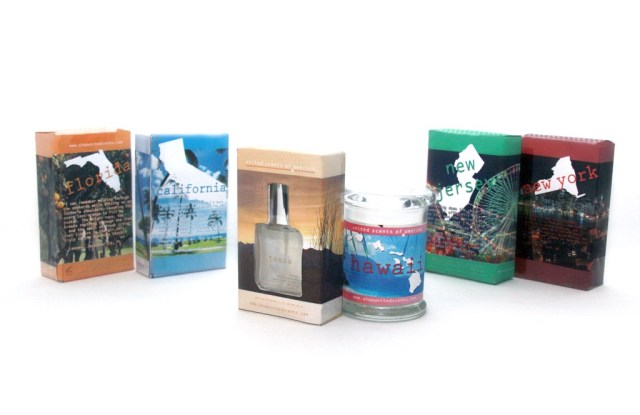 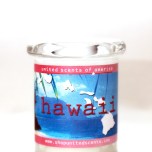 If United Scents founders, Samantha Sherwin and Sasha Bertran, had their way, every state in America would have its own fragrance. The two beauty entrepreneurs, based in New Jersey, founded Wolf in Sheep’s Clothing LLC in January 2011 in hopes of being taken more seriously and gaining financial backing. Sherwin and Sasha’s first five scents — New York, New Jersey, Texas, Florida and California — entered stores in March 2012. As they look to 2013, Sherwin and Bertran say growth is on the horizon. “There has been no better feeling than experiencing our vision come to life and see our brand develop,” said Sherwin.

Seeking to provoke hometown nostalgia and ha’aheo (Hawaiian for pride), United Scents of America will launch Hawaii and Massachusetts in February. The new scents — each $58 — will launch alongside coordinating soy candles, $25 each. Brand founders said the candles were introduced due to customer request. United Scents new offerings will debut at the New York International Gift Fair alongside existing states, all of which will feature updated packaging. “Our goal was to make our fragrances personal for our customers not ourselves,” said Bertran.

To create scents that transport users to a specific location, the brand relies primarily on focus groups. “It’s not for us to determine what someone’s home state should smell like; we depend on [target consumers] for their feedback and insights to develop our fragrances and get them just right,” said Sherwin. For Hawaii, the two picked the brains of 20 couples who had honeymooned there. The scent profiles that emerged included “tropical flowers of the leis and the sweet smell of pineapples and palm trees.” Incorporating top notes of pink plumeria and night-blooming jasmine, the finalized Hawaiian fragrance also contains hints of pineapple, jasmine and sweet coconut palm.

Still in the development stages, Massachusetts, the line’s first “true masculine” scent — sets out to capture the essence of the state as a whole. Recruiting locals for a focus group, popular notes that emerged included bergamot, tart cranberry, jasmine, Northern Red Oak, and tobacco leaf.

Available in specialty stores, including JFK airport, United Scents of America is hoping to add on additional distribution in the new year. The brand also plans to expand with at least two more fragrances as well as gift sets. Although the brand would not break out numbers, insiders estimate it could generate $250,000 in its first year. “There’s no better sense of accomplishment than when somebody tells us that we did their state proud and it brought them back to that place,” said Bertran. “Scent is so connected to personal emotions and we’re glad we are able to give that to the public.”