The storied Parisian department store has put scent squarely at the center of its new beauty strategy. 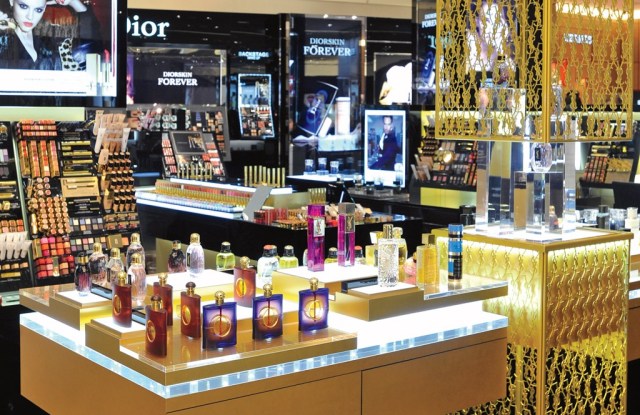 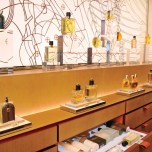 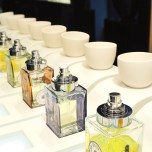 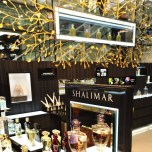 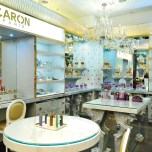 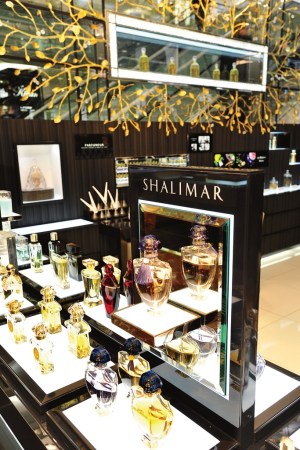 The YSL Beauté’s corner on the beauty floor at Printemps. 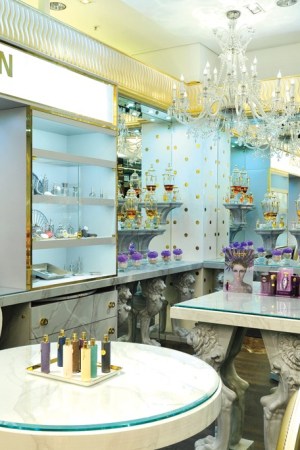 The Caron counter on the beauty floor at Printemps.

Clients of the Printemps flagship’s revamped beauty floor in Paris — called La Belle Parfumerie — shouldn’t expect to be handed a simple floor plan. Instead, they’ll receive a 66-page ode to perfume. That speaks to the retailer’s mission to exalt fragrance.

This pamphlet, including a manifesto and a snapshot history illustrated with fragrance bottles, delves into France’s rich heritage in scent making. In fact, every element of the redesigned space reinforces Printemps’ mission to elevate fragrance — from the eclectic brand mix to physical improvements such as wider aisles and lower merchandising units that improve the shopping experience.

Charlotte Tasset, the department store’s chief merchandising officer for beauty, child and lingerie, masterminded the new strategy. When she arrived at the retailer three years ago, Tasset was given carte blanche to ignore some of the market’s realities. Printemps chairman and chief executive officer Paolo de Cesare was adamant that the beauty experience in France needed to be re-created.

“The department store model is English, American, and has developed very strongly in Asia,” says Tasset, who added in Anglophone markets, color cosmetics ring up 65 percent of beauty sales, and in Asia, it’s 90 percent from skin care. Meanwhile, in France, fragrance makes up more than 65 percent of beauty revenues.

“We realized that the DNA of the department store in beauty was just to be adapted to the local market,” says Tasset. The challenge was to create service around fragrance.

“We started thinking about la par- fumerie and realized it’s 90 percent French,” she continues. “Almost all the maîtres parfumeurs [master perfumers] are French.”

So how best could Printemps — with just 17 domestic doors and 4 percent of France’s beauty market share — shout this out in a country where the sector’s sales are dominated by chains such as Sephora and Marionnaud, which often have hundreds of doors?

“We will not sell fragrances. We will defend la parfumerie,” continues Tasset. “Fragrance is about alchemy. It’s about beauty. It’s about a form of art. It’s about creation.

“Our mission today is to say if you come to Printemps, if you want to buy something, you will have the time to choose,” says Tasset. It’s also a matter of learning about the perfumers behind the juices and the bottles holding scent. She explains similar experiences work for skin care and color cosmetics, too.

“It’s everything about beauty that we lost,” says Tasset. “It is to enter a dream world.” To that end, Printemps created a manifesto, stating, “La Belle Parfumerie is an invitation to discover the unknown and savor the rare…. Le Printemps and its perfumers are committed to helping you choose perfume excellence.” It states specifically that perfumery is about “dream,” “beauty,” “surprise,” “chemistry,” “savoir faire,” “heritage” and “future.”

Printemps put its money where its nose was. La Scent Room, which formerly measured 1,666 square feet, was expanded to 5,555 square feet — one-quarter of the whole floor — and runs practically along the entire wall parallel to Boulevard Haussmann. Brands were organized more clearly by product segment.

Tasset worked on the floor’s circulation, giving certain aisles more breadth, and some street-side windows were cleared for natural light. To further facilitate visibility, merchandising units were lowered and columns were thinned down. Brands responded, pulled out all the stops for their corners. Hermès, for instance, created the Magasin Hermès Parfumeur, while Clarins’ corner includes a treatment room for clients once they accrue enough minutes through a fidelity program.

“Printemps is the first store to really illustrate the revival of the perfumery market,” says Malle. “I’m happy that they took the risk to leave classical department stores’ old schema.”

With a 278-square-foot stand designed by Jérôme Faillant Dumas that resembles the brand’s other Parisian locations, Malle says the aim was to “try and create a place where time stops so everyone can comfortably choose their fragrance.” “This is the first time that a luxury Parisian department store has dedicated such a major space to luxury niche fragrances,” says Marc Chaya, ceo and co-founder of Maison Francis Kurkdjian, whose area measures about 111 square feet.

“The mix of what is generally called ‘niche brands’ and fine fragrance brands is well balanced,” says Jean-Charles Viti, general manager of Shiseido in France, who oversees Serge Lutens’ distribution there, which occupies about 433 square feet.

Printemps’ strategy has started bearing fruit. Its flagship’s beauty business rose 29 percent this past September versus September 2010. Before, 35 percent of sales stemmed from fragrance, whereas now it’s 50 percent.

Tasset says her objective is to double the beauty business within five years, adding that as soon as the new design started being put in place in April, sales spiked. Between then to the end of September, revenues gained 20 percent on-year.

Printemps’ flagship beauty-floor renovation will be finalized at the end of January, while a redesign of the second floor, which houses alternative skin care brands, is in the planning stages.

The new model is to be rolled out to other Printemps stores, albeit tweaked according to the location. Up next are Toulon and Strasbourg, in France. “I think we can go international with this,” says Tasset. “It has to, because otherwise we’ll close our [perfume] factories and we’ll weep because la rose de mai in Grasse one day will no longer exist. And I think we need to defend this.”