The bijou fragrance boutique that helped usher in the era of niche perfumery is finally creating their own scent. 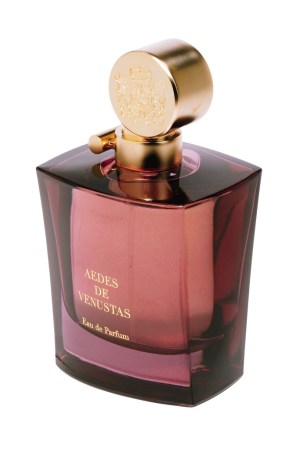 Tucked away in New York City’s West Village lies Aedes de Venustas, the bijou fragrance boutique that helped usher in the era of niche perfumery when it opened 17 years ago. Although often asked, owners Robert Gerstner and Karl Bradl resisted creating their own scent, using their artistic eye and keen olfactive prowess to develop the many brands they discovered instead. Recently, though, the duo decided the time was right to conceive their own fragrance. The result: Aedes de Venustas Eau de Parfum, an evocative extension of the sensual store, with its notes of rhubarb, tomato leaf, red currant, honeysuckle, vetiver and incense. After resisting for so long, why now? “Fifteen years ago it was so exciting—you had two or three really interesting brands launching a year and it had an artisanal factor,” says Gerstner, who believes that the high number of fragrance launches in the last decade has damaged the desirability of the category. “For us, being in the industry, it’s so crucial to have a legitimacy. We don’t produce for the market,” he continues. “We do this for us.” Aedes de Venustas Eau de Parfum, $225, at Aedes de Venustas and Barneys New York.