Kate Moss will be the face of the new Yves Saint Laurent fragrance, Parisienne, due out this summer. 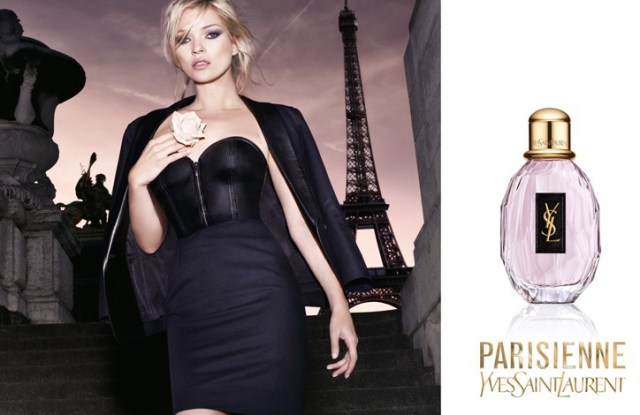 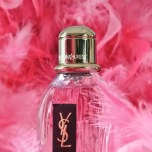 PARIS — Yves Saint Laurent Parfums plans to redefine what it means to be a “Parisienne” with its new women’s fragrance due out this summer.

This story first appeared in the July 10, 2009 issue of WWD. Subscribe Today.

“You don’t have to be born in Paris to be Parisienne,” explained Renaud de Lesquen, president of YSL Beauté, part of L’Oréal’s luxury division.

To underscore that point, Brit Kate Moss was chosen to bring her brand of je ne sais quoi to the Parisienne scent’s advertising campaign. In the still shot by Craig McDean, she stands on a Parisian bridge at dawn with the Eiffel Tower silhouetted in the background.

“Kate Moss is not afraid to live and to love,” said Durán, adding she is emblematic of the spirit of carpe diem threading throughout the entire project. “She’s really the definition of the particular woman we wanted.”

Parisienne is the first major YSL Parfums feminine fragrance to be launched since L’Oréal took over the brand — and YSL Beauté — in July 2008. The objective is for the scent to become a second pillar for YSL alongside its blockbuster Opium, according to de Lesquen.

YSL executives would not discuss projections, but industry sources estimate Parisienne will generate $70 million in wholesale revenues during its first 12 months worldwide.

Parisienne injects a floral woody juice into the YSL women’s fragrance mix. The scent is also expected to target women in their 30s — older than the core consumer of the Elle fragrance and younger than those of Opium and Paris.

Evidently, even by its name alone, Parisienne gives a nod to the Paris women’s scent that was launched in 1983 and remains a top 10 seller in France, said YSL executives. But whereas Paris was about the city by that name, “this is about what happens in Paris,” said Durán, of Parisienne.

It’s considered by the executives to be a totally new story, one told most graphically and erotically through the ad’s film version, shot by Fabien Baron, which recounts the story of a woman (Moss) leaving an apartment in Paris’ early morning hours.

“She has taken a rose and by smelling and playing with the flower, she remembers the night of love she has just had a few hours before,” said Durán.

The film’s unabridged version shown to the press in Paris late last month includes sexually charged images of Moss with a lover.

“It’s about freedom and joy, and this carpe diem,” said Durán, of the ad. “It’s all about just taking life — with its charms and surprises — with happiness and a certain audacity.”

Like the print visual, which comes in single and double pages, the still-being-edited film ends on Paris’ Pont Alexandre III with Moss wearing a black outfit made by YSL’s Stefano Pilati. The designer was instrumental in the ad’s creation and also worked with Baron on Parisienne’s bottle design.

“When coming up with a new feminine scent, it was very important to be in line with the Yves Saint Laurent fashion vision of contemporary women,” said de Lesquen.

With echoes of the black leather bustier Moss wears, the label on Parisienne’s multifaceted bottle (that’s reminiscent of rumpled sheets, hinted Durán) has a leather feel.

“We chose the black leather to be emblematic of a certain freedom, a little bit rock ’n’ roll, a little bit sexual,” she said. “And of course, [the juice’s] pink is one of the most well-known Yves Saint Laurent colors. We chose to put the two together to create a paradox.”

The fragrance plays on contrasts, too. Concocted by International Flavors & Fragrances perfumers Sophia Grojsman (who created Paris’ juice) and Sophie Labbé, its top notes include cranberry and blackberry. In the heart, there are Damas rose, violet and peony notes, while patchouli, vetiver, musk and sandalwood notes serve as the base.

“So you have this paradox between the kind of leather, almost aggressive feeling on top with fruits that are very nice and delicate,” said Durán. She explained there’s also the juxtaposition of vetiver, a “masculine” wood, and patchouli, a more feminine-seeming wood.

Parisienne will be introduced in mid-August in France, followed by a September launch in the rest of Europe. The remaining countries, including the U.S., are to get the scent in October.