Ethnic hair care, the long-neglected stepchild in the fashion-driven hair care segment, appears to be making a comeback.

By Andrea Nagel and Faye Brookman on June 18, 2010
View Slideshow 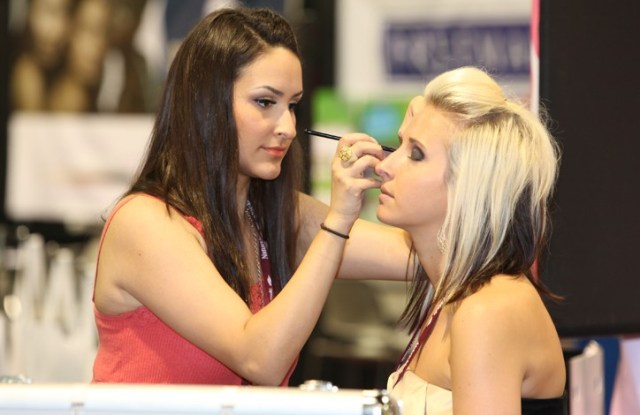 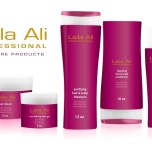 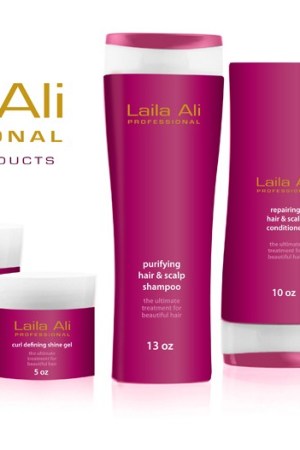 SAN DIEGO — Ethnic hair care, the long-neglected stepchild in the fashion-driven — if stagnant — hair care segment, appears to be making a comeback. At NACDS Marketplace earlier this the month — the show that each year exposes beauty’s white space and market opportunities — ethnic beauty commanded the spotlight with no fewer than four beauty companies presenting their innovations to the trade, and ultimately emerged as a “category on fire,” according to one attendee.

Reasons for the explosion ranged from multinationals failing to innovate to having a glamorous African-American First Lady to retailers looking for a solution to do better than last year’s 7.1 percent dip in ethnic hair preparations. Hair care sales overall decreased 1.7 percent to $6.5 billion, according to The Nielsen Co., including Wal-Mart.

“Certainly since we have a black President and First Lady there is a lot of reinvigoration in the ethnic market,” noted one buyer from a national chain.

With a packed house — NACDS reported that, for the first time, the exhibition floor was sold out — a steady stream of attendees filled aisles and set the tone for the show: focused and ready to build upon cosmetics’ overall sales for 2009, which ended with a 2.6 percent sales gain to $4.25 billion, according to Nielsen. New ethnic launches appeared at International Beauty Brands, IGP Sales, Advanced Beauty Systems and Freeman Beauty. IBB, for one, is planning a Laila Ali beauty brand, to include hair and skin care, centered around the singer-athlete-licensed manicurist, not to mention the celebrity daughter of boxing legend Mohammed Ali.

Anthony Eluck, president of IBB, said, “There is a big void in the [ethnic] category. There’s 65 feet of shampoos and then a small section of ethnic products.”

Eluck said a formula was developed prior to Ali signing on with the company, a formulation he described as “salon quality,” “sulfate free” and made with “hydrolyzed wheat proteins.” Laila Ali beauty looks to be a crossover brand for women of color, to be merchandised in the ethnic section of stores, Eluck said. A $9.99 price point is “a sweet spot.” At the show, Eluck said the line “was a big hit” as “retailers felt it will really fill the void in the category. We are planning on having the line in stores for September,” he said.

Jennifer Wilson, from IGP Sales, said Kim Kimble, Beyoncé Knowles’ longtime hairstylist and the operator of a salon in Hollywood, is looking to take her professional hair care brand to the masses.

“Ethnic hair care is on fire,” said Wilson, adding that Kimble, who also is opening a hair academy early next year, looks to be the Vidal Sassoon of the ethnic market. The third-generation hairstylist wants to expand her hair care line, which includes shampoo and styling products, outside of Target, where it has been sold for two years.

“The show was great. We were overwhelmed by the response and reaction to the line. Currently, the line is sold at select Target stores and on target.com. However, this is the original packaging and we will be updating that in the spring. We had great interest from many of the major players in drug and mass,” but it’s too early to talk about specifics, Wilson said.

Freeman Beauty, which last year acquired the Ellin LaVar Textures brand when it bought a portion of Woodridge Labs’ portfolio, is said to be relaunching the professional ethnic hair care line in the coming months.

“We’ll be in New York soon to talk about formulas and R&D,” said Doug Hosking, ceo of Freeman Beauty Labs. “There’s a significant increase in interest in ethnic hair care,” he added.

Advanced Beauty Systems is expanding its ethnic hair care brand, Cantu, with an upscale, naturally formulated relaxer kit, which will retail for $19.95. The seven-step kit targets breakage with conditioning formulas and will manage pH levels of the hair through the transition process, said Chris McClain, president of Advanced Systems Group.

“We are offering the salon experience for her to use at home,” said McClain, explaining that not much innovation has been presented to the mass market in ethic hair care in several years. Cantu is sold in about 8,000 doors, including Target, Wal-Mart, Walgreens and Kmart.

“Most of all the new lines are at Target being tested and tried,” said one expert. “Since there’s been lackluster sales and innovation for three years, everyone thinks there’s a real niche. Target is most aggressive, and since what most retailers currently have isn’t working, they want to get something new.”

The three-day event, which kicked off here June 5 with 8,000 rapid-fire, pre-set buyer-manufacturer meetings, opened up to the trade June 6 at the San Diego Convention Center and wrapped up June 8 at noon. According to NACDS, more than 200 retail companies representing more than 700 buyers and 145,000 stores attended Marketplace this year to meet with more than 450 manufacturing companies representing $500 billion in annual buying power. This year, the show attracted 100 new attendees.

While most attendees seemed to be fulfilled by what Marketplace had to offer, some still question its validity.

“Unless you go with a true mission, most of the new items have already been reviewed and usually key players from companies aren’t there that you need, such as the people who call on your account,” said one beauty buyer, adding that Revlon again didn’t attend this year and that fragrance, once a category that spurred excitement, was downplayed, as it is a “tough category these days.”

Wendy Liebmann, ceo of WSL Strategic Retail, in part agreed, explaining that the overall tone of Marketplace “was very pragmatic, very realistic about the state of the economy [not great, and still very uncertain] with lots of talk about what do we do to drive business in these uncertain times, when no one is sure how long it will go on. This was different from the NACDS Annual Meeting, where the senior management seemed more upbeat — willing to think about being bolder, moving forward. The people at Marketplace are the ones who face the challenges every day, so not so surprising that they were a little gloomier.”

While the recession may have had a hand in pushing brands such as Physicians Formula out of Walgreens and caused Johnson & Johnson to retreat somewhat from its Neutrogena cosmetics offering, executives of value lines said their businesses have been increasing at double-digit rates.

Milani said it was coming off the best six months it has ever had. “We are up double digits and then some in our largest account. Apples to apples, we are up 16 percent. And 2009 was our best year, so strategically, January and February was stellar, with the brand driving eye shadow and eyeliner sales in key retailers,” said Milani’s vice president of sales, Bob Wallner.

Markwins’ Wet ‘n’ Wild brand is getting the brunt of the company’s focus due to its “steal vs. splurge” positioning.

“We are on the heels of our most successful new items conversion for 2011, indicative of how we are simplifying the planogram,” said Shawn Haynes, senior vice president of Markwins Beauty Products. Industry sources said Wet ‘n’ Wild’s Beauty Benefits line and the Tropez brand will likely be phased out.

NACDS welcomed several new players, including Jesse’s Girl, which revisited Marketplace after several years of absence, and this time exhibited with a makeup artist and models to showcase wares. The value-priced cosmetics line is sold in Rite Aid and Kroger, and garnered the interest of a national chain for a potential endcap program, said Jesse Lawrence, ceo and founder of Jesse’s Girl. The appeal was likely Jesse’s Girl’s target demographic, 18- to 30-year-olds, and built-in guerilla marketing campaign — more than 700 videos appear online featuring Jesse’s Girl, said Lawrence.

Nail enamel presents an opportunity for retailers, as Coty’s Salon Complete Nail Enamel is doing gangbusters, said one buyer. A new player likely to shake up the mix is Essie, the professional nail brand that L’Oréal entered into an agreement to acquire earlier this year. Essie nail polish, said one buyer, is going to be sold through the Maybelline New York/Garnier division with a $7.99 price point along with a line of treatments and implements.

A smattering of other mass beauty opportunities arose at Marketplace, including a new four-hour antibacterial hand cream by Fusion Beauty, called Veripur, one that the firm said does not penetrate skin and will launch with an infomercial for spring planograms. Pierre Fabre’s leading European pharmacy hair care brand, Klorane, is making a play for the mass market, as is Happy Me Skincare, a new range by Israel Dakar, formerly of Sonya Dakar. More medical-type beauty items also got some play, including Viviscal, a dietary supplement for thinning hair; University Medical’s Brow Patch System with a microprocessor, and RapidLash’s newly released clinicals.

A new retail concept on many lips at Marketplace was Max-Wellness, a health and wellness store by the founder of OfficeMax, Michael Feuer. The store, which operates four units, two in Ohio and two in Florida, is billed as a toy store for adults, as it stocks innovative and sometimes quirky wellness devices and products. Merchandising follows the Sephora train of thought with open stock displays so shoppers and can play with and touch the merchandise. “A lot of people will jump all over this because it’s new and different and not like a drugstore.”

And on the topic of retail, one buyer said attendees were buzzing with talk of “management changes to come at Walgreens, since apparently CCR isn’t working quite the way they wanted it to work.”

• Value cosmetic brands Milani and Wet ‘n’ Wild are coming off the best six months they’ve ever had, both reporting double-digit sales increases for 2009.

• Essie nail polish, which recently entered into a deal to be acquired by L’Oréal USA, will be sold under the Maybelline New York/Garnier umbrella, with polishes selling for $7.99, possibly along with implements and treatments.

• Members of the Dakar family, the name that launched Sonya Dakar skin care, is looking to enter the mass market with Happy Me Skincare.

• Max-Wellness, a new health and wellness concept by the founder of OfficeMax, emerges as a new outlet for innovative health and beauty care, complete with Sephora-like open-sell merchandising.

• Management changes to come at Walgreens as speculation that CCR isn’t meeting expectations.

• RapidLash reveals clinicals, with claims in the U.S. that may include “Clinically proven up to 64 percent visibly longer-looking natural lashes.”