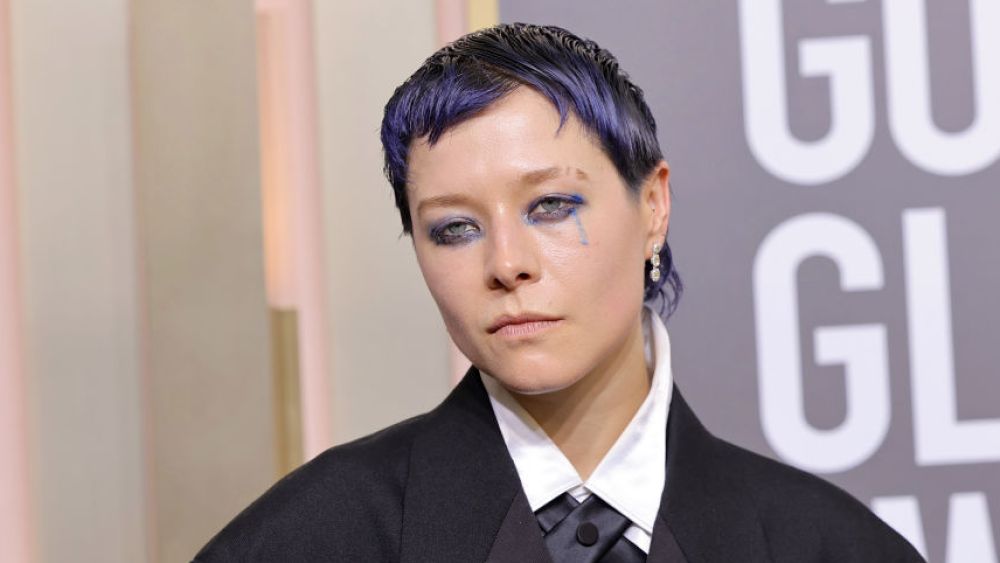 It’s the season of the short ’do — bobs, lobs, shaves, pixies, the modern mullet.

“We took a little risk, but I believe it’s good to have fun and try new things by just tweaking a little here and there,” Stanwell told reporters. With shaggy curtain bangs framing her features, Ortega’s hair flicked up in thin layers. “We didn’t want it too rigid or set…I love having the haircut make a statement, sculpting it around her face and playing with shapes that work.”

After a blow dry, using Fekkai products, he set the hair with Velcro rollers, leaving out the bangs. He then blasted the hair forward “so that it lays down,” “bumped up the hair behind bangs for a little lift” and “tucked [the] hair behind her ears to keep it relaxed and yet still chic.”

Relaxed and chic was the trend for those opting for old-Hollywood glam on the carpets — a popular look at both the Globes and Critics’ Choice Awards. The long locks were kept elevated with body, fluffy waves and soft curls. But the shorter cuts, bold and fresh, were the highlights.

Lily James, nominated for “Pam & Tommy,” combined the two with a classic ’50s-style chop at the Globes. With her chocolate brown hair on the shorter side these days, hairstylist Halley Brisker used Great Lengths hair tape extensions to elongate her shoulder-length bob. The extra ends helped with volume and the side flicks, he said.

At Critics’ Choice, Janelle Monáe (who received the SeeHer award), stole the spotlight with her short hair in a web of braided knots (and, of course, the sheer Vera Wang dress). Bleached, with contrasting dark roots, it was imagined by hairstylist Nikki Nelms. “Strings attached,” the beauty artist dubbed the look.

A stunner — transformed with her new bob — was Kelsey Asbille of “Yellowstone,” also catching eyes at the ceremony. She was styled by Tim Muir, who left strands of her jet-black hair dangling on her face (perfectly paired with a plum-burgundy YSL lip, created by makeup artist Emily Cheng).

Julia Garner, who took home best supporting actress for “Ozark,” was also a standout in her bleached pixie; Viola Davis, star of “The Woman King,” sported her short and voluminous afro; Letitia Wright, from “Black Panther: Wakanda Forever” and illustrator-model Monica Ahanonu, each with their signature shaved head (that bone structure!), and Emma D’Arcy of “House of the Dragon” — the newcomer to watch on the carpet — in their avant-garde midnight blue ’do, colored by Eleni Tsesmatzoglou, cut by Jody Taylor and sculpted by Mira Chai Hyde (with the matching “Cry Baby”-inspired teardrop by makeup artist Holly Silius).