The beauty influencer Amber Fillerup Clark, better known as Barefoot Blonde, has turned her blog into a brand. 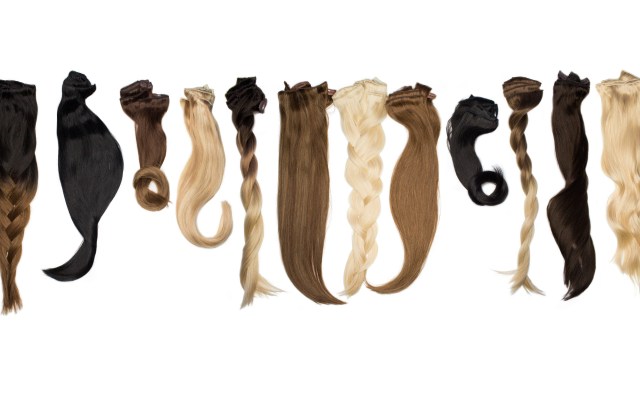 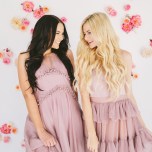 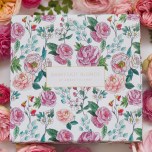 Amber Fillerup Clark, aka Barefoot Blonde, has served up #hairinspo for six years digitally, and now she’s letting her fans act on that inspiration with a new line of hair extensions.

The beauty influencer with a popular blog and 1.3 million Instagram followers is introducing 20 shades of 21-inch, 160-gram clip-in extensions priced at $194.99 each on Nov. 25. The range is the start of a broader brand concentrating on extensions and extension maintenance.

Developed over two years, Fillerup Clark had several objectives in mind when producing Barefoot Blonde Hair’s handmade clip-in extensions: she sought to make them affordable yet high-quality, look natural, last at least four months to a year and stay put. They contain remy hair, which is considered the best human hair available, and latex-lined clips.

“There are a few things I always hated about the extensions I wore. For instance, if I would go to sleep in them, they would feel ratty when I woke up,” said Fillerup Clark, who’s been using extensions for a decade. “I love that ours stay really silky and soft for a long time as long as you treat them right, just like you would your normal hair.”

To make the extensions appear natural, Barefoot Blonde Hair avoids excessive shine. “A lot of the extensions out there are so shiny. People’s hair isn’t that shiny naturally, and you want them to match your natural texture as much as possible,” explained Fillerup Clark. “When they are too shiny, they look synthetic. I want them to have the right amount of shine.”

The volume of the hair in the extensions was also important. Most hair extensions, Fillerup Clark detailed, tend to be thick on top and thin toward the end. “That isn’t helpful at all because no one needs thickness on top. You mainly need it on bottom,” she said. “So, I wanted to make sure the thickness was there from top to bottom.”

Available only on the web for now, Fillerup Clark is considering retail distribution in the future, but is waiting to be certain her brand and its products are on solid footing before stretching into stores. “We want to have a year of sales, and get an idea of how well they sell and hear customer feedback. I think people are going to love them, but I want to make sure [I know] if people have an issue with packaging or anything else we need to change,” she said. She added a shampoo for women wearing extensions could be in the offing.

Extensions have played a prominent role in Fillerup Clark’s rise. “When I would use clip-in hair extensions to make my braids bigger and fuller, my pictures went viral on Pinterest,” she recounted. “People were like, ‘How the heck does she get her braids so big?’ People were interested in the fact my braids looked different, and that’s what started the whole hair phenomenon on my blog.”

“I definitely still want to keep blogging for another few years to push the hair extension brand and to build that up more, but, ultimately, I want to be a mom and take care of my kids full-time,” said Fillerup Clark. “Ideally, at some point, I will blog less and less, and just do hair extensions.”

The early response to the extensions has been encouraging. During a three-day pre-sale event in October, the clip-in extensions sold out quickly, and Barefoot Blonde Hair generated nearly $100,000 in retail sales and drew 50,000 unique visitors to its web site. For its first year on the market, Fillerup Clark’s goal for the brand is to register $1 million in retail sales.