The arts district location is a step toward launching a hair-care brand, New York outpost and hairdressing school. 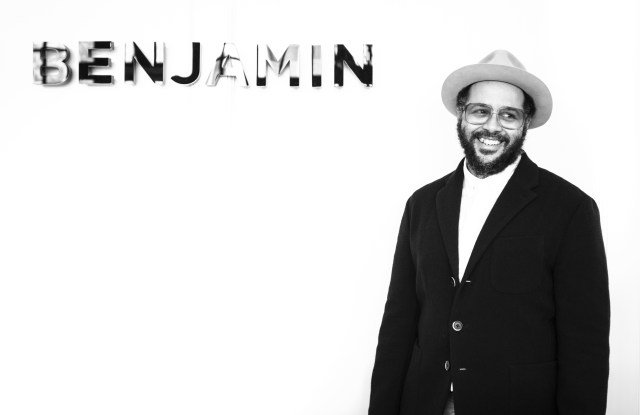 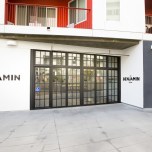 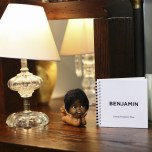 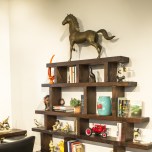 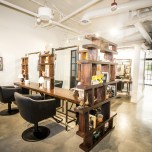 Benjamin Mohapi really knows how to irk his publicist: The hairdresser refuses to divulge the famous heads to which he tends.

In the Los Angeles salon scene where fanatically chasing Instagram followers is the norm, Mohapi’s spotlight-averse, work-trumps-all attitude sets his hairstyling enterprise apart as it expands — and it’s certainly expanding. Mohapi opened a second namesake salon in the downtown arts district Tuesday, a step toward his larger goals of launching a hair-care brand, New York outpost and hairdressing school.

An adherent to the Leonard of Mayfair philosophy of hairdressing, U.K. native Mohapi’s career wound through the London salons John Frieda, Nicky Clarke and Daniel Galvin prior to him landing in L.A. and establishing the Benjamin salon on Melrose Avenue in West Hollywood four years ago. He also built a reputation over 20 years as an on-set hairdresser helping the visions of photographers, notably Rankin, David LaChapelle and Herb Ritts.

“My approach is to really have people read the hair. I think [Vidal] Sassoon, Toni & Guy and all those other methods really look at the shape of the haircut and how you divide that haircut up,” explained Mohapi. “Strictly speaking, their way is an awful lot easier to teach because it’s essentially painting by numbers, whereas my way you have to know what you want to achieve.”

While he doesn’t adhere to their haircutting techniques, Mohapi parallels Vidal Sassoon and the Mascolo brothers, who founded Toni & Guy, in their ambition. Already, Benjamin employs around 50 people and, according to industry sources, generates an estimated $4 million in annual revenues at the first salon location. “When I opened originally, it was definitely with a view to growing a big business. I was never really interested in mom-and-pop-shop salons,” declared Mohapi.

The arts district salon is a milestone on Benjamin’s path to becoming a big business. Smaller than the unit in West Hollywood that will, by the end of the year, pack 24 salon chairs into 3,600 square feet on Melrose Avenue, the new location has 11 chairs in 1,600 square feet in a residential complex called One Santa Fe. Mohapi recalled it took in excess of $1 million to get the initial salon off the ground, an investment that was roughly halved for the second one.

The new location satisfied Mohapi’s desires for visibility, parking and a vibrant emerging community. And the arts district salon, like the first one, certainly stands out. They belie easy description, but are a sort of mash-up of the cozy bungalow haven and sleek modern concepts dominating L.A. salon interior design. Mohapi is inclined to pairing retro fixtures, furniture and trinkets with unconventional contemporary touches such as an art piece made from hair extensions or a troll doll with pink tresses.

Sitting in the Melrose Avenue salon, he detailed, “It has all these classical elements and then it has quirk. Just looking over there, we’ve got this weird colored hair in a jar, an old telephone and an Edison bulb. These contradictions in what is a classical space speak to what I’m trying to do. There should be a very definite solid classical approach to what we do, but then, once you have that structure, that’s when you can kind of tear into it, rather than just going and tearing into things when you don’t really understand why you’re tearing into them.”

Mohapi will be attempting to bottle his approach soon, possibly as early as next year, with a hair-care line and expects to extend his salon network to New York after that. “There is room for products that celebrate the hair itself maybe a bit more than something that makes it look like some preconceived notion of what it should be,” said the 44-year-old, projecting that, a decade from now, “We’re going to have our school up and running. We’re going to have multiple salons and the products. I’m going to be 50-something then. I’ve got to get a move on.”